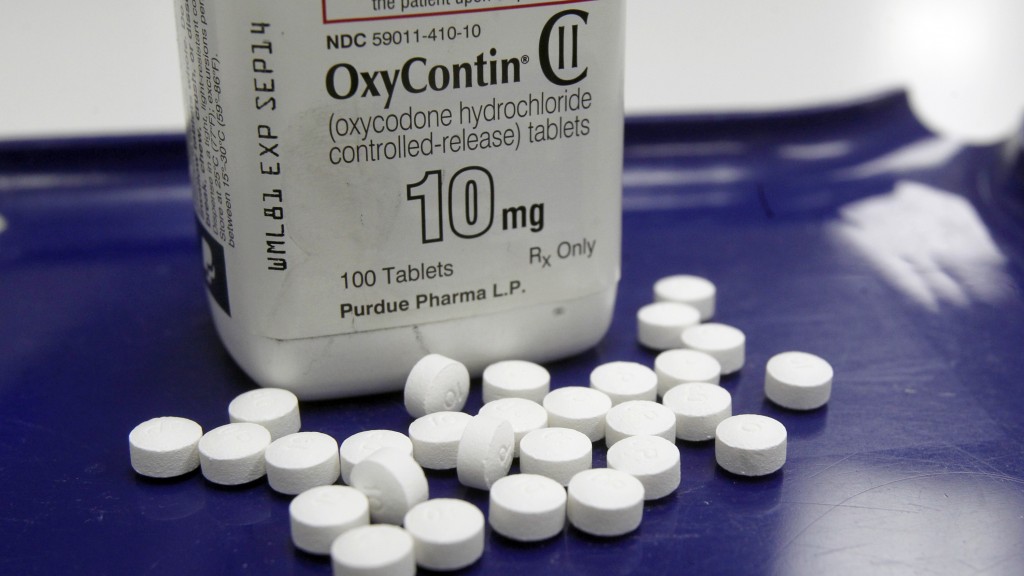 A federal judge has given a green light to lawyers representing children with birth defects — allegedly due to exposure to opioids in utero — to question Purdue Pharma over efforts to provide documents concerning any links to its addictive painkiller and birth defects.

The decision is a modest, but potentially significant victory in a long-running battle to connect OxyContin with neonatal abstinence syndrome, or NAS, a group of conditions caused when a baby withdraws from certain drugs while exposed in the womb. NAS is most often caused by opioid use during pregnancy.

In 2014, an estimated 32,000 babies were born in the U.S. with NAS, a more than five-fold increase from 2004, according to the National Institute on Drug Abuse. Put another way, every 15 minutes a baby was born suffering from opioid withdrawal. Among the birth defects are long-term problems with bones, muscles, and movement, as well as behavioral and developmental issues.

The examination of a potential link between OxyContin and NAS is one of the many skirmishes playing out in a New York bankruptcy court, where Purdue Pharma filed for reorganization in response to a growing number of lawsuits and government probes that alleged the company downplayed the risks of its painkiller while encouraging many doctors to an inordinate number of prescriptions.

The concern about NAS has been longstanding. A review of medical literature published in Pediatrics in 2017 found that birth defects may be related to prescription opioid use or misuse during pregnancy, including congenital heart defects, spina bifida, and cleft palates. And a study published in 2010 in the American Journal of Obstetrics & Gynecology found an association between early pregnancy maternal opioid analgesic treatment and certain birth defects.

But attorneys who represent 3,000 NAS children — 13% of whom have reported physical birth defects — have been trying to obtain documents from Purdue that would more directly link OxyContin with NAS. In particular, they are seeking animal toxicology studies.

“Animal toxicity is the crux of proving specific and general causation,” Kevin Thompson, one of the attorneys on the so-called NAS Committee, told us. “The importance toxicology carries is that it gets into the impact on biological receptors.”

So far, the attorneys say they have run searches on databases for more than a year in 160-million page discovery repository collected in a federal court in Cleveland, where many lawsuits were filed against opioid makers. The lawyers added that Purdue and its representatives have maintained all pertinent documentation had been provided, including toxicology studies submitted to the Food and Drug Administration in connection with marketing applications.

However, the lawyers explained that information received from other companies affiliated with Purdue, such as Mundipharma, suggested that still more studies may exist. This prompted them to file motions in the bankruptcy court proceedings to pursue still other documents in hopes of findings any studies. The bankruptcy judge instructed the attorneys to continue searching, but once their search is completed, Purdue will have to provide someone to answer questions about the existence of pertinent documentation.

A Purdue spokesperson wrote us that the company “has made available to the committee (of lawyers) many thousands of documents, including relevant OxyContin studies. The judge denied the NAS Committee’s requests, and directed them to review the vast amounts of information we have already provided to them. Once they have done so, they can have a deposition of a records custodian to confirm that what we have stated in our papers has been provided.”

However, the NAS committee attorneys countered that Purdue “boldly mischaracterizes” the ruling and that its request was granted.

“We’re looking for documents that will explain the published epidemiology saying there’s an association and take to it a level where (Purdue) can’t argue anymore that there’s no causation issue,” said Scott Bickford, one of the attorneys on the NAS committee. “And we want all toxicology reports, including those that were not submitted to the FDA… We believe this is the proof everyone needs.”

“I want to add that Purdue is not being illegal or wrong when they did not disclose every piece of science to the FDA as part of their application for OyxContin. That’s typical pharmaceutical industry practice. The difference here is that Purdue has now pled guilty twice to conduct that misled the medical community. That sort of conduct makes this discovery all the more crucial.”

Last month, Purdue filed a revised bankruptcy plan calling for the members of the Sackler family that owns the drug maker to relinquish control and pay nearly $4.3 billion to reimburse states, cities, and tribes for the costs associated with the long-running opioid crisis in the U.S. The plan is designed to end nearly 3,000 lawsuits that blamed Purdue for helping to spark the opioid crisis, although a group of about two dozen state attorneys general oppose the plan.

The Covid-19 vaccine from Pfizer-BioNTech appears to work just as well against a...