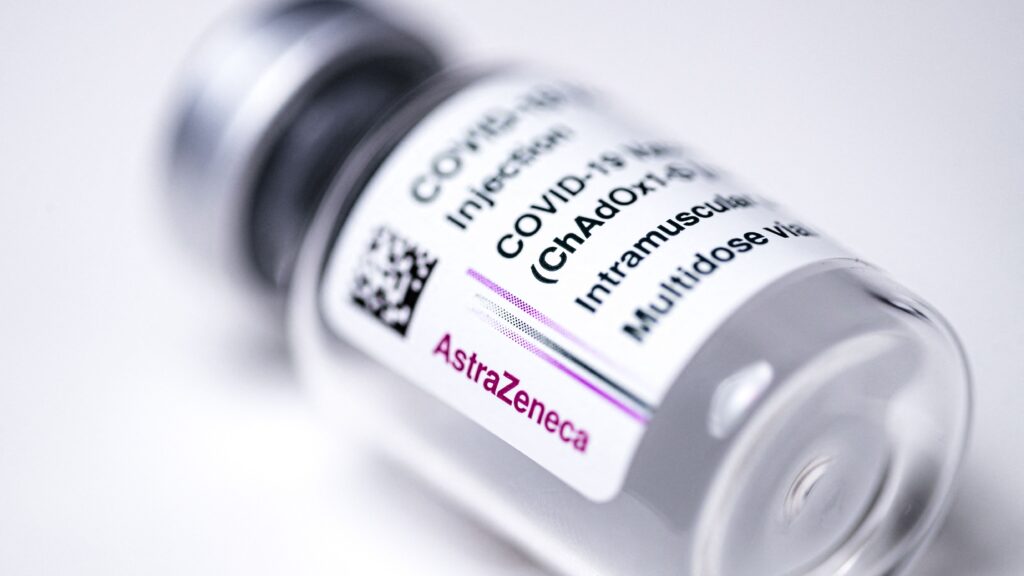 The European Medicines Agency has concluded there is a link between AstraZeneca’s Covid-19 vaccine and “very rare” but dangerous clotting events reported in a number of countries where the vaccine has been used, events which in some cases have been fatal.

A safety committee, the agency said Wednesday, concluded that “unusual blood clots with low blood platelets should be listed as very rare side effects” of the vaccine.

Regulators stressed that the benefits of the vaccine, which was shown to be 76% effective at preventing Covid infections in a large U.S.-based study, still outweigh its risks. “This vaccine has proven to be highly effective to prevent severe disease and hospitalization,” said Emer Cooke, the EMA’s executive director. “And it is saving lives.”

In a separate briefing, British regulators were more cautious, saying that although there is growing evidence of a link between rare cases of blood clots and the vaccine, further investigation was needed.

The announcements are another blow to the effort to create an affordable and easy-to-administer product envisioned as the backbone of the vaccination campaign in much of the world. Some European countries that had already authorized the vaccine have restricted its use to older populations in an effort to minimize the risk of clotting events; on Wednesday, U.K. regulators said that they would recommend that people under 30 receive other vaccines. Most of the cases of blood clots have occurred have been in people under the age of 60.

Disorders caused by blood clots, including heart attacks, vein thromboses, and strokes, are common. But the types of clots that may be linked to the AstraZeneca vaccine are exceedingly rare. They have been marked by low levels of platelets — the blood cell fragments that normally cause clotting.

The types of clots seen include cerebral venous sinus thrombosis, or CVST, a type of blood clot that occurs in the veins that drain blood from the brain, and a similar condition in the abdomen, known as splanchic vein thrombosis. The clots sometimes occur in combination with bleeding.

The safety committee reviewed 62 cases of cerebral venous sinus thrombosis and 24 cases of splanchnic vein thrombosis reported in the European Union’s drug safety databases as of March 22. Eighteen of these cases were fatal. The cases came from the reporting systems of the European Economic Area and the United Kingdom, where 25 million people had received the vaccine.

From early on, the development of AstraZeneca’s vaccine has been dogged with communications missteps and other problems. But the tie to rare blood clots could have particularly far-reaching implications, both in terms of the vaccine’s use and vaccine hesitancy overall.

The first cases of clotting in people who had been vaccinated were first reported in late February. Since then, a small but growing number of previously healthy people, often women in their 30s and 40s, have developed unusual clotting problems within days of having been vaccinated with the AstraZeneca vaccine.

The adverse events resemble a condition known as heparin-induced thrombocytopenia, or HIT, a rare phenomenon in which people who are given the anti-clotting drug heparin actually develop widely disseminated clotting problems.

In the events that seemed linked to the AstraZeneca vaccine, people developed both a large number of clots and a low platelet count — an unusual combination. The reaction has been dubbed vaccine-induced prothrombotic immune thrombocytopenia by Andreas Greinacher of the University of Greifswald, a German clotting expert.

Greinacher, who reported the phenomenon in a preprint article, has described the condition as treatable.

“We know what to do: how to diagnose it, and how to treat it,” he told reporters last month, according to Science.

Whether it will be used here remains an open question. Anthony Fauci, director of the National Institute of Allergy and Infectious Diseases, told Reuters last week that the U.S. may not need the vaccine.

“My general feeling is that given the contractual relationships that we have with a number of companies, that we have enough vaccine to fulfill all of our needs without invoking AstraZeneca,” Fauci said, without referring to the clotting problem now associated with the vaccine.

AstraZeneca has not yet applied to the Food and Drug Administration for the emergency use authorization that would be needed to deploy the vaccine in the United States, despite the fact that it has been nearly two weeks since the company announced results from the U.S. trial.

A panel of expert advisers to the Food and Drug Administration concluded that ...

Health officials have struggled to convey the seriousness of Covid-19 to many ...