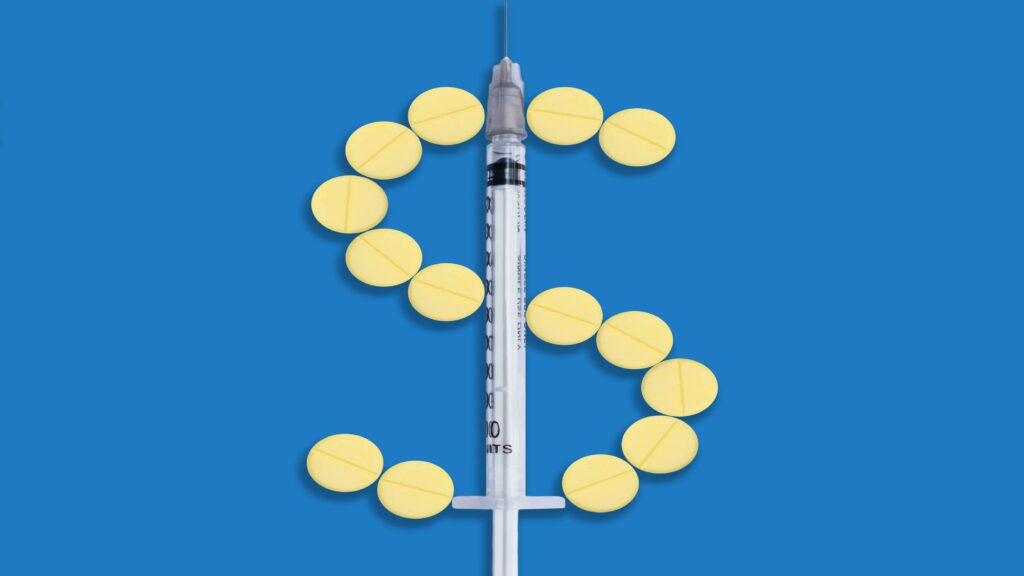 A growing chorus of lawmakers and activists is calling on the Biden administration to invalidate patent protections for Covid-19 vaccines. As they see it, the federal government invested in the research that led to today’s vaccines so the private companies behind them shouldn’t benefit from intellectual property protections.

That argument is as misinformed as it is dangerous.

I’ll use the Moderna vaccine as an example. Though the National Institutes of Health and academics helped lay a scientific foundation for our understanding of messenger RNA — the relevant technology at the heart of Moderna’s shot — the vaccine itself is the result of years of privately backed research and development. That life-saving work wouldn’t have been possible without a predictable system of intellectual property protection.

It’s easy to come away with the misimpression that the recent crop of Covid-19 vaccines is mainly the product of an aggressive federally backed research effort. Operation Warp Speed, after all, was an $18 billion initiative aimed at fostering vaccine production. There’s no doubt it helped accelerate the testing and manufacturing of successful vaccines.

But the technologies behind the leading Covid-19 vaccines long predate Operation Warp Speed. They are, in fact, the product of extraordinary private sector investment.

Moderna, for example, had been working on its mRNA technology for a decade before Covid-19 emerged as a global health threat. During that period, investors risked tens of millions, year after year, in the hopes that a breakthrough method for generating stem cells from messenger RNA might be used to create a host of powerful new treatments.

This gamble ultimately paid off. The years of work on mRNA enabled Moderna to design a successful Covid-19 vaccine just 42 days after the virus was genetically sequenced.

But there was no guarantee, federal or otherwise, that Moderna’s new technology would be a success. What made investors willing to risk so much money was a system of intellectual property protection that would allow them, if successful, to recoup and profit from their investment.

Without such protection, biotech firms would have no way of preventing copycats from stealing their technology, undercutting them on price, and removing any chance for innovator firms to earn back their upfront costs. In such a no-holds-barred environment, there would be little reason to invest in medical technology at all, and breakthroughs like Moderna’s vaccine would be all but impossible. This is precisely the scenario that anti-patent crusaders risk creating.

The same can be said of those pushing for government price controls. By removing the ability of private investors to profit from successful medical advances, such policies would destroy the incentive structure that enabled Moderna and other firms to deliver vaccines at record speed.

Some misleadingly claim that a government takeover of the fruits of U.S. medical innovation is justified because the government funds basic research through the National Institutes for Health. But federally supported basic research is more akin to public infrastructure spending than to private-sector research and development efforts.

The same is true of the basic research funded by the NIH. The federal government invests in the scientific community’s understanding of cancer or heart disease or Covid-19. But it relies on the private sector to do the risky and expensive work of turning promising discoveries into practical medical treatments.

For real-world context of this dynamic, look at remdesivir, an antiviral drug, which was the first drug approved by the FDA to treat Covid-19. It is the culmination of a nearly $1.8 billion effort on the part of Gilead Sciences. Over the course of 20 years, the company synthesized, patented, and manufactured the compound to treat a range of coronaviruses.

Questions have been raised about the government’s role in the drug’s discovery and its entitlement to patent rights. But the truth is, federal agencies centered their efforts on standard testing of the drug’s existing antiviral properties. Their work did not involve modifications to remdesivir or its parent compounds, according to a new report from the Government Accountability Office. And, all told, federal contributions amounted to $162 million, which pales in comparison to Gilead’s investment.

That critical — but often misunderstood — division of labor is reflected in the research budgets of private-sector drug firms writ large. In 2019, America’s largest pharmaceutical firms spent $83 billion on R&D. That number is more than double the entire NIH budget for that year — and doesn’t include the billions spent by small startups at the forefront of innovation.

The Covid-19 vaccines and therapies that are helping to end this pandemic are proof of the enormous power of private drug innovation. Whether they realize it or not, those calling for patent waivers and price controls are jeopardizing the system that made these vaccines possible.

Over the last seven months, the state of medicine, as we have known it in the ...