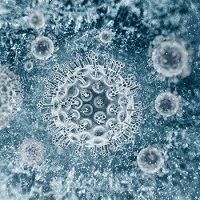 Direct-acting antivirals (DAA) appear to be associated with the alleviation of symptoms of oral lichen planus (OLP) in patients with hepatitis C virus (HCV), but more research is needed to fully understand the links between the infection and the inflammatory condition.

DAAs have been a paradigm-shifting therapy for patients with HCV. Some of those patients with HCV also have OLP, an inflammatory condition affecting mucous membranes in the mouth, which can lead to burning sensations and pain. Previous reports have suggested that OLP is an extrahepatic pathological manifestation of HCV, though the potential causal relationship between HCV and OLP remains a topic of scientific disagreement, and only a small percentage of patients with OLP are believed to be infected by HCV.

Investigator Aldo Marrone, MD, of the University of Campania Luigi Vanvitelli, in Italy, and colleagues, wanted to better understand the issue by finding out whether eradication of HCV might also lead to relief from OLP’s clinical manifestations. Such an outcome has been reported in earlier case reports about OLP and lichen planus elsewhere on the skin.

All of the patients in the study were given DAA therapy and monitored for liver function and antiviral response. Oral examinations were given at baseline and then again 8 weeks after completing their treatment. The patients were also examined in subsequent follow-up visits, at a median of 92 weeks.

Though the patients had different genotypes, all had cleared HCV RNA with a sustained virologic response at final follow-up, Marrone and colleagues reported. In terms of OLP symptoms, at baseline, 5 patients had reticular and bilateral white lesions, 7 patients had erosive OLP, and 6 had a mixed form.

On a patient-by-patient basis, oral lesions improved in 9 patients by 8 weeks following the end of therapy and 10 patients at the final follow-up. Six of those 10 patients saw complete remission. One patient developed oral cancer during treatment and was therefore excluded from the results.

However, despite that evidence of improvement in OLP symptoms, the investigators were unable to identify correlations between symptom abatement and the particular clinical features of a patient’s HCV infection. Marrone and colleagues failed to find statistically significant links between oral improvement and HCV genotype, viral load, liver status, isolated HBcAb positivity, or type of DAA received.

The authors concluded that while there appeared to be an effect on OLP with DAA therapy, the cause remains a mystery.

“DAA treatment leading to HCV eradication can improve OLP symptoms,” Marrone and colleagues wrote. “However, a causative relationship between HCV infection and OLP pathogenesis is difficult to establish.”

Ustekinumab resulted in a reduction of both stool frequency and rectal bleeding ...

Data from 2 phase 3 induction studies of risankizumab (SKYRIZI) demonstrate that...