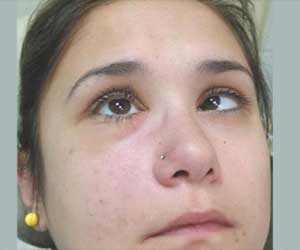 Mucormycosis, which was previously called zygomycosis, is a rare yet serious fungal infection that is very aggressive and potentially life-threatening. The disease is so called because it is caused by molds belonging to the group Mucormycetes, which are colloquially known as “black fungi”. These fungi are ubiquitous, as they are found in air, soil and decaying organic matter, including leaves, wood, and compost, among others.

Mucormycosis is difficult to diagnose, as it exhibits many different symptoms that overlap with those of other infections.

The most common infection route is through the respiratory system by breathing-in spores of these fungi, which enter the lungs and sinuses, causing serious damage. These pathogenic fungi can also enter the body through broken skin, arising from cuts, scrapes, burns, and other forms of trauma.

These infections usually attack individuals having a weak immune system (technically termed are “immunocompromised”), as a result of which they can’t fight-off the pathogen. Individuals of all ages can potentially become infected, including premature babies.

Mucormycosis is not contagious, meaning that it can’t spread from person-to-person or from animals to humans.

The major complications of mucormycosis include blindness, organ dysfunction/failure, and even death.

UNC School of Medicine scientists, in collaboration with the Environmental ...

“Mini-lungs” grown from tissue donated to Cambridge hospitals has provided a ...