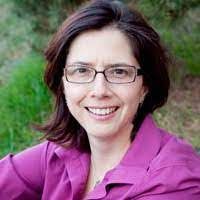 While semaglutide might have an impact on weight loss maintenance in obese or overweight individuals, researchers have yet to reach a true conclusion on what the connection might be.

Clinicians have found sustained weight loss of 5-15% can improve several conditions for overweight or obese individuals, with adjunctive pharmacotherapy recommended to help individuals achieve this goal.

In the randomized, double-blind, 68-week phase 2a withdrawal study, the investigators examined 902 patients at 73 sites in 10 countries between June 2018 and March 2020. Each patient in the study had a body mass index (BMI) of at least 30 (or ≥27 with ≥1 weight-related comorbidity) and without diabetes. The mean age was 46 years old and 634 women were included in the study. The mean body weight was 236.3 pounds.

Each patient received once-weekly subcutaneous semaglutide during the run-in portion of the study.

After 20 weeks—16 weeks of dose escalation and 4 weeks of maintenance dosing—803 individuals (89%) who reached the 2.4 mg per week semaglutide maintenance dose were randomized in a 2:1 ratio for 48 weeks of continued subcutaneous semaglutide (n = 535) or switched to placebo (n = 268).

There was lifestyle interventions used in both the treatment and placebo group.

Nearly half (49.1%) of participants in the continued subcutaneous semaglutide group experienced gastrointestinal events, compared to 26.1% with the placebo. There were similar proportions of discontinued treatment due to adverse events with both groups (2.4% vs 2.2%).

“Among adults with overweight or obesity who completed a 20-week run-in period with subcutaneous semaglutide, 2.4 mg once weekly, maintaining treatment with semaglutide compared with switching to placebo resulted in continued weight loss over the following 48 weeks,” the authors wrote.

The study, “Effect of Continued Weekly Subcutaneous Semaglutide vs Placebo on Weight Loss Maintenance in Adults With Overweight or Obesity,” was published online in JAMA.

Microalbuminuria Is Higher in Patients With Uncontrolled Diabetes