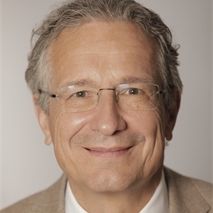 The findings could lead to a new disease-modifying option for patients with T1D. The study was conducted by the Anti-interleukin-21-Liraglutide Study Group, and funding for the study came from Novo Nordisk, the company that developed liraglutide.

Corresponding author Thomas R. Pieber, MD, of the Medical University of Graz, in Austria, and colleagues wrote that T1D is characterized by progressive loss of functional β-cell mass, which in turn creates the need for patients to be treated with supplemental insulin.

The investigators wondered if combining low-grade, transient immunomodulation using anti-IL-21 antibody with liraglutide (which has been shown to improve β-cell mass), could foster better β-cell survival with a better safety profile than traditional immunomodulation.

To find out, the team constructed a randomized, parallel-group, placebo-controlled, double-dummy, double-blind phase 2 trial. The multicenter, international trial took place in 94 university hospitals and medical centers across 17 countries, and involved adults ages 18-45 who had recently been diagnosed with T1D but who had residual β-cell function.

Eligibility screening took place between 2015 and 2019, and out of 553 adults assessed, a total of 308 were randomly assigned to one of four groups (77 people in each): anti-IL-21 plus liraglutide; anti-IL-21 alone; liraglutide alone; or placebo.

The patients were stratified by baseline stimulated peak C-peptide concentration, as assessed by mixed-meal tolerance test (MMTT) to their assigned therapy as an adjunct to insulin. The primary outcome was change in MMTT-stimulated C-peptide concentration after 54 weeks relative to baseline and measured by the area under the concentration-time curve (AUC) over 4 hours. Participants were followed for 26 weeks after the therapy’s end for observation purposes.

The study showed the patients in the placebo group had a ratio to baseline of 0.61, or a 39% decrease in MMTT-stimulated C-peptide concentration. However, the results were significantly different for patients in the combination-therapy group, where the ratio to baseline after 54 weeks was 0.90, for just a 10% decrease (estimated treatment ratio 1.48, 95% confidence interval 1.16-1.89; P = .0017).

A secondary outcome of the study was Hemoglobin A1C (HbA1c). The study found a decrease in all active treatment groups of -0.50%, which was greater than in the placebo group (-0.10), but did not reach statistical significance, and the difference dissipated after treatment was stopped.

The safety profile of the therapy was good; the most common adverse event was gastrointestinal disorders, which is a known side effect of liraglutide. Hypoglycemic events occurred with a similar frequency in the treatment groups and the placebo groups, though the authors said the liraglutide group had a lower rate. One patient in the liraglutide group died, but the death was considered unlikely to be related to the trial treatment.

Pieber and colleagues concluded that the data appear to confirm their hypothesis that the combination therapy can preserve β-cell function in recently diagnosed patients with T1D.

“The efficacy of this combination appears to be similar to that seen in trials of other disease-modifying interventions in type 1 diabetes, but with a seemingly better safety profile,” they wrote.

The authors said these data suggest a phase 3 study of the combination is warranted.

The study, “Anti-interleukin-21 antibody and liraglutide for the preservation of β-cell function in adults with recent-onset type 1 diabetes: a randomised, double-blind, placebo-controlled, phase 2 trial,” was published online in The Lancet Diabetes & Endocrinology.

A post-hoc analysis of the AWARD-11 trial indicates that 4.5 mg of dulaglutide ...

Long-term use of tubeless insulin pumps leads to improvement in hemoglobin A1C ...