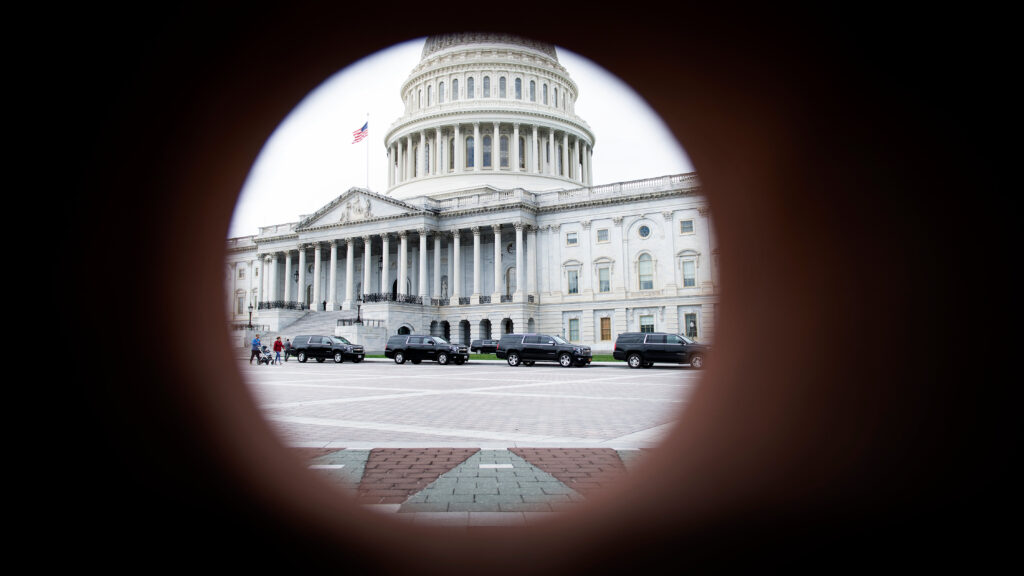 WASHINGTON — Congress, in a rare show of bipartisanship, is gearing up to try to prevent the next pandemic.

Already, a duo of powerful senators has pledged, publicly, to work together on legislation that will “make sure nothing like [Covid-19] ever happens again,” as the influential Democratic Sen. Patty Murray (Wash.) put it. They will work, too, to diagnose the problems and important lessons to be learned from Covid-19. There are several potential ways they could seek to pass a future bill, including attaching it to a major infrastructure package President Biden is planning to push this year.

Murray’s Republican counterpart atop the Senate’s health panel, Sen. Richard Burr (N.C.), even hired a top Trump administration pandemic preparedness official to help with the work. Robert Kadlec, who had a front-row seat to the pandemic as Trump’s HHS assistant secretary for preparedness and response, will soon advise the Senate health committee, a committee aide confirmed to STAT.

The lawmakers’ public commitment is the clearest indication yet that the coronavirus pandemic may, as public health advocates hope, snap lawmakers out of a longstanding pattern of funding public health programs in a panic, then letting dollars lag over time.

“While Covid response funding has been extremely important, it is not a substitute for sustained funding. You lose people, and you lose expertise. You don’t need to update your technology once, you need to do it over time,” said Dara Lieberman, the director of government relations for the public health policy group Trust for America’s Health.

Bankrolling preparedness efforts for short periods after devastating events is like “getting smoke detectors when your house is on fire,” said Dante Disparte, a member of the Federal Emergency Management Agency’s national advisory council.

Congress has passed pandemic preparedness legislation before, and America was still woefully underprepared when Covid-19 actually tested those systems. That’s why it’s also important to invest in transformational changes instead of just buying more N95 masks or giving more funding to public health agencies, according to Michael Osterholm, a prominent epidemiologist at the University of Minnesota and former Covid-19 adviser to Biden.

Murray, a no-nonsense operator who doesn’t actively seek the spotlight, will be leading the charge for Democrats. She has a unique position as a power broker this Congress, as she holds both the helm of the Senate panel that controls public health policy and also the chairmanship of the subcommittee that controls the purse strings of health care spending.

She will find a willing negotiating partner in Burr, the architect of laws that created the federal government’s pandemic response framework. He has an eye toward his legacy, as he’s announced he isn’t running for reelection to North Carolina’s Senate seat in 2022.

Kadlec, in addition to his role as ASPR under Trump, helped author Burr’s marquee 2006 law, the Pandemic and All-Hazards Preparedness Act, during a former stint on Capitol Hill.

Murray and Burr plan to have a series of hearings, but they won’t have the sort of comprehensive after-action report that has accompanied policymaking after other major crises. As yet, there’s little appetite in Congress for a 9/11 style commission to uncover the fatal structural weaknesses in America’s preparedness that the pandemic exposed.

Though hospitals’ and doctors’ groups support one, the only bipartisan legislation to create such a commission, from Sens. Bob Menendez (D-N.J.) and Susan Collins (R-Maine), hasn’t picked up momentum so far. A spokesperson for House Speaker Nancy Pelosi (D-Calif.) pointed to an oversight subcommittee the House created that is designed to favor Democrats.

But there’s no reason for lawmakers to delay action until the Covid-19 pandemic entirely subsides, said Asha George, executive director of the Bipartisan Commission on Biodefense.

“There’s a number of lessons learned that we already know. They don’t have to wait to go forward,” George said.

But finding bipartisan agreement on a pandemic preparedness philosophy will be difficult, even after the Covid-19 pandemic. The disparate approaches favored by Democrats and Republicans exemplify the most fundamental differences between the parties on the role of federal and state governments.

One issue that is already proving divisive is states’ role in pandemic response. Democrats see state public health departments’ systemic underpreparedness, laid bare by the coronavirus, as an opportunity for Congress to address a failure in the Covid-19 response.

“The federalism system works for all sorts of things. Not necessarily as well when you are in a pandemic,” said former Clinton HHS Secretary Donna Shalala.

Murray has already offered legislation that would gradually build up to $4.5 billion in sustained annual funding for the Centers for Disease Control and Prevention and state and local public health departments, targeted toward helping them build out eight primary competencies including disease surveillance, communications, extra workforce and supplies, and community partnerships. She also hopes to address racial disparities in health care.

“There is no question that systemic racism is an urgent public health crisis,” Murray said in a written statement. “Public health departments must be able to prioritize equity throughout their work and funding in this bill would help them do that.”

A Murray aide said the senator is open to attaching the bill to whatever legislative vehicle will get across the finish line.

Murray’s bill has already garnered support from public health advocates such as the National Association of County and City Health Officials, which has argued that federal funding is necessary to bolster state health departments because the federal government can’t implement nationwide public health policy without a baseline readiness. A weak response in one area jeopardizes progress in another.

“Public health experts say a response is only as strong as its weakest link. Creating strong, uniform, systematic federal guidance and funding for strong infrastructure is literally a no-brainer,” said Lawrence Gostin, a university professor at Georgetown Law School.

But Murray’s bill doesn’t have any Republican co-sponsors yet, and a senior GOP aide said there are concerns around how much responsibility the federal government should bear for states’ chronic underfunding of public health departments.

Burr’s predecessor, retired Sen. Lamar Alexander (R-Tenn.), laid a groundwork for the GOP approach to pandemic preparedness in a white paper released last year with input from more than 300 stakeholders. A senior GOP aide said Burr was looped in early in the policy development process, as Alexander knew he was likely to take over.

Republicans want to facilitate innovation through public-private partnerships, reform the CDC, modernize public health data systems, and diversify the supply chain for medical supplies to reduce foreign dependence. Kadlec said there’s also an opportunity to more clearly delineate the roles of FEMA, the Food and Drug Administration, the ASPR, CDC, the Centers for Medicare and Medicaid Services, and the Health Resources and Services Administration.

The next biological threat facing the United States may not be a respiratory contagion like Covid-19, Kadlec said, so lawmakers should think broadly about preparing for other threats including cyberattacks and bioterrorism as well.

“I would caution that we can’t fight the last war. We have to look more broadly to the future,” Kadlec said.

Royal Philips and BioIntelliSense Inc1 were selected to receive nearly $2.8...

The long months of winter are coming. Will we be ready?

As cases of COVID-19 sore around the nation, the days of New York as the ...