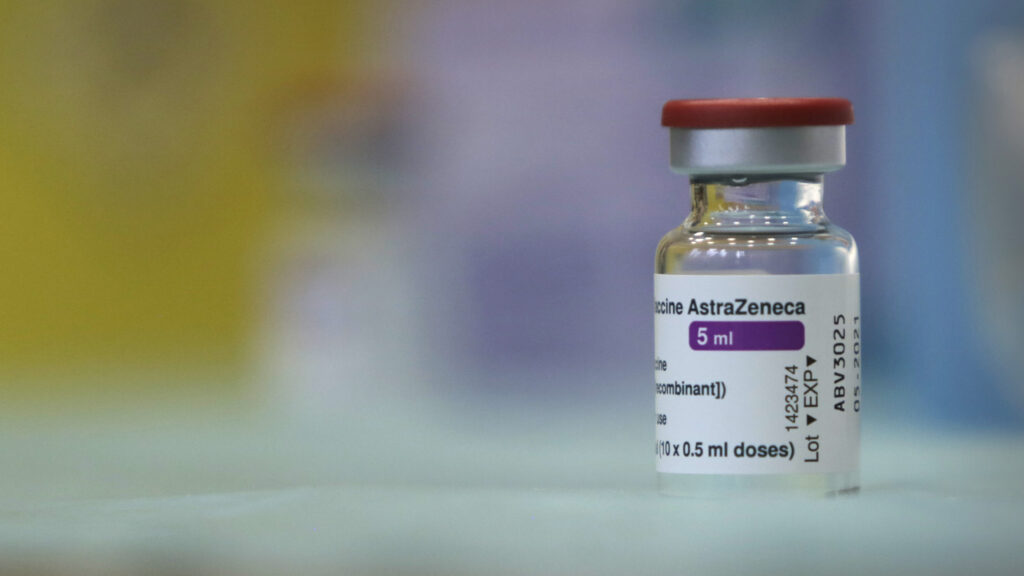 U.S. health officials raised concerns early Tuesday that positive results that AstraZeneca announced Monday for its Covid-19 vaccine may have been based on “an incomplete view of the efficacy data” from a clinical trial and relied on “outdated information,” throwing another curveball in the saga of the company’s vaccine.

In a statement issued soon after midnight Tuesday morning, the National Institute of Allergy and Infectious Diseases said it had been informed about the data questions by the data and safety monitoring board auditing the trial. DSMBs consist of independent medical experts who provide an extra screen of data produced from clinical trials.

“We urge the company to work with the DSMB to review the efficacy data and ensure the most accurate, up-to-date efficacy data be made public as quickly as possible,” NIAID said.

In an interview Tuesday morning, Anthony Fauci, the head of the NIAID, said the data announced Monday looked more favorable than what results from other trials of AstraZeneca’s vaccine had previously showed.

“I was sort of stunned,” Fauci said. “We felt that we could not remain silent.” He added: “In my mind, it’s an unforced error by the company.”

“We have reviewed the preliminary assessment of the primary analysis and the results were consistent with the interim analysis,” the company said. “We are now completing the validation of the statistical analysis.”

The unusual two-paragraph statement from the NIAID opened another chapter in the path of the AstraZeneca vaccine, which was developed along with researchers from Oxford University. It came not even 24 hours after the company announced in a press release Monday that its vaccine was 79% effective at preventing symptomatic Covid-19 in a U.S. trial, a result that was better than expected based on earlier trials and appeared to help resolve some questions about the robustness of the vaccine. The company also said the immunization reduced severe Covid-19 and hospitalization by 100%.

The results were seen as a final step before the company would apply for authorization from U.S. regulators for its shot, which is already approved in other countries.

The company’s vaccine had been under scrutiny most recently after European countries paused their rollout last week over safety concerns tied to blood clots, but the European Medicines Agency subsequently said the vaccine’s benefits outweighed its risks and the campaigns restarted.

Based on the trial data released Monday, AstraZeneca said the study identified no new safety concerns. A specific review found no risk of blood clots. The study also did not see a specific type of clot in blood vessels near the brain that the EMA said might be associated with the vaccine. However, this type of clot, called a cerebral venous sinus thrombosis, is so rare it might not be expected to occur in even a large clinical trial.

The NIAID statement Tuesday only cited DSMB concerns about efficacy data, and did not mention safety issues.

The two-dose AstraZeneca vaccine is seen as a great hope to help expand vaccine access around the world because it is less expensive than other Covid-19 vaccines and easier to manufacture and distribute than some others. It is being widely used in Europe and increasingly in Asia.

But the company’s vaccine efforts have been dogged by mishaps and questions about its public announcements. Early on, the U.S. study was stopped for a month-and-a-half because of a cerebral hemorrhage in one patient that was later determined to be unrelated to the vaccine. In initial trial results announced earlier, the data seemed to suggest at one point that the second dose of the vaccine lowered its efficacy. Some of the earlier confusion stemmed from the company’s unusual strategy of pooling data from clinical trials in its analyses.

This story has been updated with comments from AstraZeneca and Anthony Fauci.

Opinion: Public health is being undermined. These 10 actions can restore it

The year since the first Covid-19 case was identified in the United States has ...

Developing a Nitric Oxide Therapy for COVID-19, Other Infectious Diseases