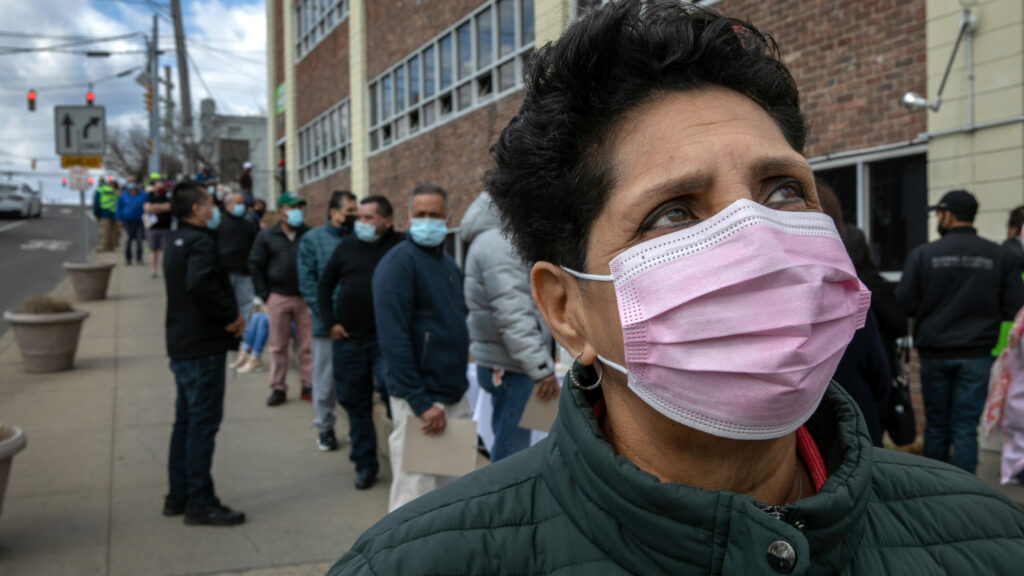 WASHINGTON — Undocumented immigrants were less likely to visit primary care physicians after former President Trump launched his presidential campaign in 2015, according to a March study — suggesting his rhetoric had a chilling effect, experts said, that could make those individuals less likely to seek critical care or, even now, Covid-19 vaccinations.

The study, published earlier this month in JAMA, showed a 34.5% decrease in undocumented adults’ primary care visits when they compared the periods roughly a year and a half preceeding the June 16, 2015 start of Trump’s campaign to the period roughly three years after it. Undocumented children’s visits dropped by even more — 43.3%.

The study centered on Johns Hopkins School of Medicine patients, comparing a group of around 1,500 Medicaid-ineligible patients — more than 90% of whom were undocumented immigrants — to a control group of about 18,700 Medicaid-eligible patients. The latter group saw much smaller decreases in primary care visits.

As their primary care visits dropped, emergency room visits for the undocumented children jumped — suggesting those individuals had no other choice for where to get care for their kids, experts said.

The results, the researchers said, spotlight the tangible effects of Trump’s persistent deployment of anti-immigrant rhetoric. On the first day of his campaign, Trump drew a false connection between immigrants and “murderers” and “rapists,” and he continued to ramp up those attacks throughout his presidency. And that rhetoric can change behavior, just as concrete policy changes can, said Joseph Nwadiuko, a physician at the University of Pennsylvania School of Medicine and a researcher on the study.

“Day in and day out, undocumented patients have a consistent worry that they will be picked up by (Immigration and Customs Enforcement,)” said Nwadiuko. “Every little speech, every little comment raises the fear evermore and it comes to a point where you begin to adjust your lifestyle. You cannot have immigrants choose between the health of their children, their own health and their ability to stay out of immigration detention.”

Similar patterns — where undocumented immigrants avoid health care because they fear deportation — have played out during other periods of heightened immigration enforcement and anti-immigrant sentiment, in states like Texas, North Carolina, Arizona and California.

The ultimate effect is more than simply missing appointments.

Chronic conditions such as high cholesterol, asthma, diabetes or cancer, normally spotted through regular primary care visits, could have devastating consequences if left untreated, the study noted. Fear of immigration enforcement also is associated with higher rates of cardiovascular disease risk factors, such as increased blood pressure, that also benefit from early primary care intervention, according to the study.

“What happens, unfortunately, is that the more you put some health issues off, the worse they get,” said Nwadiuko.

But the study can’t conclusively determine that the anti-immigrant rhetoric caused the primary care decrease; only that the rhetoric was associated with the decrease, according to Dr. Robert Rodriguez, an emergency medicine professor at the University of California San Francisco School of Medicine who was not involved in the research. There may have been other factors that contributed to the change, he said.

The study was conducted in Maryland, where immigrants comprise 15% of the population, said Steven Wallace, UCLA Center for Health Policy Research associate center director. Compared to states like California, where immigrants make up almost double that percentage of the state’s population, Maryland has a small share of immigrants. More data would be necessary to establish if the study’s results are generalizable to other parts of the U.S., he said.

“If they are seeing an effect there, it is likely that similar institutions are likely to see the same effect elsewhere in the country as well,” Wallace said. “One study rarely provides definitive evidence that makes further research unnecessary, but there is a slowing building body of research showing similar effects.”

Baltimore was named a “sanctuary city” by the Trump administration in 2017, which Dr. Fernando Wilson, the director of the Matheson Center for Health Care Studies at the University of Utah, says makes it a more immigrant-friendly city. Some of the city’s policies include issuing driver’s licenses to undocumented immigrants, offering in-state tuition for undocumented immigrants and not honoring ICE requests to hold immigrants in custody.

“The study highlights the need to examine this issue for other immigrant communities across the US in order to get a sense of the magnitude of its impact nationally,” Wilson said.

José Pagán, public health policy professor at New York University, also suggested that the researchers could have focused more specifically on Trump’s 2019 expansion of the definition of “public charge,” which made immigrants more likely to be denied a green card or visa if they received public benefits.

“The additional fear injected by changes to the public charge rule and its potential effect on health care utilization happened much later” than the “inflection point” they chose, of June 16, 2015, Pagán said.

If the pattern holds even now that Trump is no longer president, it could affect how likely undocumented immigrants are to get tested, treated, or vaccinated for COVID-19, the study’s authors said.

According to the authors, primary health care access is necessary to maintain high vaccination rates against infectious diseases such as Covid-19, especially because so many undocumented immigrant workers hold essential jobs and lack health insurance. Many are Latino, a population that has been especially hard hit by the coronavirus.

“It was really just a perfect storm of factors that aligned leading up to the pandemic,” said Matthew Snider, senior health policy analyst at UnidosUS, a Latino advocacy group, who was not involved in the study. “More people didn’t have health coverage or avoided services or avoided accessing care at the worst possible moment.”

Although there is anecdotal evidence to suggest that some undocumented immigrants are hesitant to get the coronavirus vaccine because of their immigration status, there’s not enough research data to confirm that pattern.

It’s important that people understand that their immigration status won’t be negatively impacted if they get tested, treated, or vaccinated for Covid-19, said Dr. Laszlo Madaras, chief medical officer at the Migrant Clinicians Network, a nonprofit that aims to help doctors provide health care to migrants.

The Migrant Clinicians Network is working to combat coronavirus misinformation and provide up-to-date information about immigration policy changes in a culturally appropriate manner, Madaras said, such as providing information in multiple languages.

Dr. Georges Benjamin, executive director of the American Public Health Association, echoed him, suggesting that physicians should redouble their efforts to build trust with undocumented patients.

“It’s going to take a while, because people are going to be suspicious for a while longer,” he said. “It means making sure that everyone who walks into your office is treated with the dignity and respect that they deserve as people seeking health care. … We’re not going to report people, we’re going to provide help.”

Delivering drugs to internal organs and tissues is usually achieved through ...

‘This is insanity’: Walter Reed doc slams Trump for putting ‘lives at risk’ for ‘political theater’

A doctor at the Walter Reed medical center where Donald Trump is currently being...