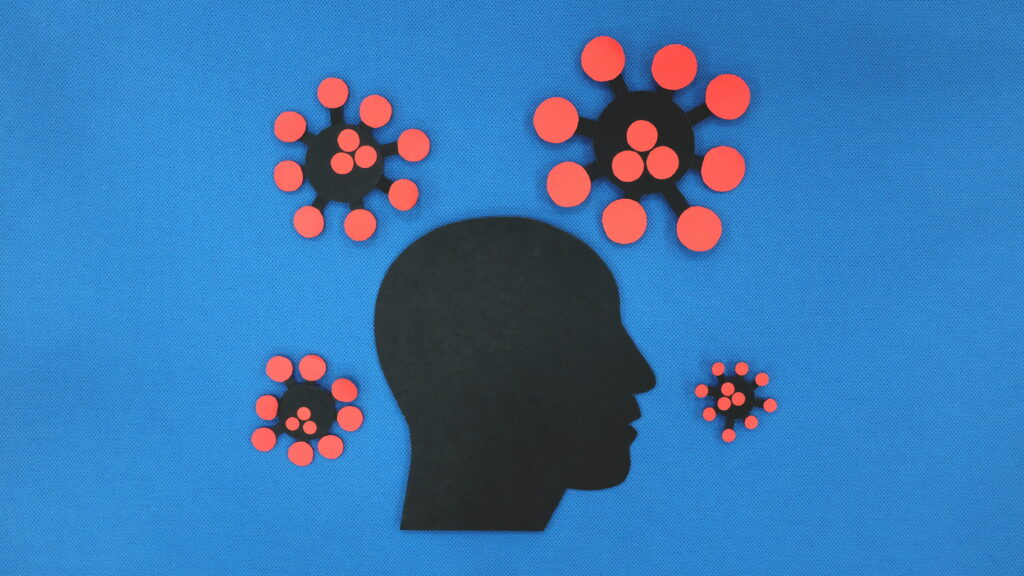 A newspaper columnist reached out to me a while back after noticing a few of my tweets. As a pulmonary and critical care physician, I had made the point that researchers and journalists should speak more cautiously about a still-mysterious condition that was coming to be known as long Covid.

The columnist was curious if other medical professionals shared my skepticism of the narrative emerging in news stories. “I’m asking as much as a person as a journalist,” this correspondent shared with me, “because I’m more terrified of this syndrome than I am of death.”

That’s not an isolated perspective. What media stories about long Covid and the people who call themselves long-haulers describe is frightening. Ed Yong, a writer for The Atlantic, has been particularly influential in sculpting this narrative. In “Long-Haulers Are Redefining Covid-19,” he describes a mysterious syndrome that strikes even those with mild Covid-19, people who never required hospitalization, oxygen, or ventilators, but who never seem to recover.

For some of these people, Yong noted, “months of illness could turn into years of disability.” A recent First Opinion similarly asked if Covid-19 long haulers “could become lifelong-haulers.”

Such reports are concerning, but I also worry that the narrative about a new chronic disease caused by a mild infection with SARS-CoV-2, the virus that causes Covid-19, is getting ahead of the evidence.

Long Covid has no universal definition. It is instead often used as a catchall to describe individuals whose symptoms last more than a few weeks or months after the onset of Covid-19. That many individuals experience protracted symptoms after infection with SARS-CoV-2, however, should hardly be surprising. After all, critical illness of any cause can be devastating.

Almost everyone who dies of Covid-19 develops a condition called acute respiratory distress syndrome (ARDS), a form of pneumonia involving severe inflammation of both lungs. Many studies have shown that for some individuals, ARDS can have myriad long-term effects, including physical and cognitive impairments, reduced lung function, mental health problems, and poorer quality of life. A 1999 study found that even patients with less-severe forms of pneumonia can have symptoms that linger for months.

In addition, lung failure can precipitate the failure of other organs, like the kidneys and the heart, and can sometimes require specialized rehabilitation and care for months, or even years. SARS-CoV-2 infection can also (though rarely) inflict permanent damage on other organs, including severe myocarditis (an inflammation of the heart muscle leading to heart failure) and stroke, in the absence of significant lung disease.

Still, even if these ailments are sometimes acknowledged in media reports of long Covid, most narratives evoke something entirely different: a debilitating syndrome seemingly affecting multiple organ systems for months on end — and perhaps indefinitely — but without any specific diagnosis such as myocarditis or stroke. It is also notable that reports often suggest that even those with only mild acute symptoms — or no acute symptoms at all — are at risk.

The symptoms of this condition are often, if not predominantly, non-respiratory in nature, and the people most affected seem to be relatively young, whereas those most susceptible to severe acute Covid-19 are, on average, older and sicker.

Other reports describe something even more frightening. In October, a New York Times article described a dementia-like illness following a mild infection like this: “It’s becoming known as Covid brain fog: troubling cognitive symptoms that can include memory loss, confusion, difficulty focusing, dizziness and grasping for everyday words.” Another Times story asserted that an entirely resolved mild infection could cause severe psychosis months later, even leading to thoughts of committing murder.

Reporting on long Covid needs to be more cautious for several reasons.

First, consider that at least some people who identify themselves as having long Covid appear never to have been infected with the SARS-CoV-2 virus. In Yong’s influential article, he cites a survey of Covid long-haulers in which some two-thirds of them had negative coronavirus antibody tests — blood tests that reveal prior SARS-CoV-2 infection. Meanwhile, a survey organized by a group of self-identified long Covid patients that recruited participants from online support groups reported in late December 2020 that around two-thirds of those surveyed who had undergone blood testing reported negative results.

Admittedly, while blood tests are reported as highly sensitive and specific, they are imperfect and can yield both false positives and false negatives. And there is some evidence that antibodies can wane over time. But only to an extent: study after study has found that antibodies remain positive in a majority of people with confirmed infections for many months. So it’s highly probable that some or many long-haulers who were never diagnosed using PCR testing in the acute phase and who also have negative antibody tests are “true negatives.”

Why does this matter? For one thing, if some proportion of long Covid patients were never infected with SARS-COV-2, it shows that it’s possible for anyone to misattribute chronic symptoms to this virus. That’s not particularly surprising, since the symptoms of acute SARS-CoV-2 are often not unique, and can be caused by other respiratory infections. But what’s more notable is that the late-December survey also found virtually no difference in the long-haul symptom burden between those with and without antibody evidence of prior SARS-CoV-2 infection (or any positive test), which undercuts the likelihood of a causative role for SARS-CoV-2 as the predominant driver of chronic symptoms in that cohort.

After all, the symptoms reported as consistent with long Covid are associated with many conditions. Gastrointestinal symptoms, confusion and forgetfulness (“brain fog”), severe fatigue, hair loss, and headaches are surprisingly common, even in the general population. Sadly, physical suffering is prevalent in our society.

Add to that the fact that the past year has produced skyrocketing levels of social anguish and mental emotional distress. Positing a potential link between psychological suffering and physical symptoms is at times derided as medical gaslighting. But there’s no question that mental suffering can produce physical suffering. A New England Journal of Medicine report showed that, across multiple continents, about half of people with depression also had unexplained physical symptoms, which often predominated over their mental ones. Sleeping problems, physical and mental slowing, persistent fatigue, and concentration problems (aka “brain fog”) are among the actual criteria for major depression in the current Diagnostic and Statistical Manual of Mental Disorders (DSM-V).

The sad truth is that we are living through a time of incredible trauma, sorrow, and hardship. The loved ones of more than 500,000 Americans who have died of Covid-19 are in mourning. Tens of millions have lost their jobs. This has been a period of prolonged social isolation with no obvious parallel in history. We should expect a surge in both mental anguish and physical suffering that, while connected to the once-in-a-century pandemic, will not always be directly connected to SARS-COV-2 itself.

But make no mistake: the suffering described by long Covid patients is debilitating and real. There will be, as is often the case, lack of clarity about the distinct cause of suffering in each individual; there may often be multiple causes, stretching from the virologic to the psychosocial. Needless to say, every such patient deserves careful, empathetic evaluation and appropriate treatment and referrals.

More broadly, policies to stem psychosocial suffering stemming from the trauma of the pandemic are needed. And rigorous research into the long-term effects of Covid-19 must continue.

But at the same time we need to start thinking more critically — and speaking a bit more cautiously — about long Covid.

Adam Gaffney is a pulmonary and critical care physician at the Cambridge Health Alliance in Cambridge, Mass., and an assistant professor in medicine at Harvard Medical School. An earlier version of this essay was published on his blog.

Nearly all women who deliver babies through cesarean section at Columbia ...

Rise and shine, another busy day is on the way. We can tell because our short ...