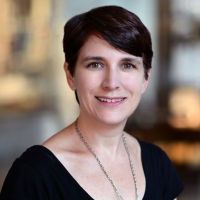 As such, damage leading to heart failure may be prevented.

Previous research has demonstrated that MCB-613 can stimulate SRCs, proteins that are responsible for cellular changes and growth.

They explained that MCB-613 selectively and reversibly binds to SRCs and can enhance SRC transcriptional activity, as demonstrated in mice.

“We postulated that MCB-613 could enable wound repair and preservation of cardiac function after an acute MI by reducing the extent of injury-related fibrosis and the subsequent chronic loss of cardiac function associated with non-contracting scar tissue,” Mullany and team wrote.

They assessed measurements of functional cardiac output and damage as well as cell-type specific responses that are responsible for MCB-613’s cardio-protective effects. They did so by using single cell transcriptomics of cardiac interstitial cells so they could characterize the effects of SRC stimulation on cardiac function following myocardial infarction.

The team demonstrated that the SRC stimulator has the ability to attenuate pathological remodeling following myocardial infarction.

They observed that MCB-613 decreased infarct size, apoptosis, hypertrophy, and fibrosis. All the more, the investigators noted, significant cardiac function was maintained.

“This is a remarkable discovery that may lead to effective and safe treatments to prevent the progression to heart failure after a heart attack,” Mullany said in a statement.  “Our findings show us that we can directly modulate heart tissue repair to prevent heart failure.”

These findings add to the growing body of research that indicates further analysis of SRCs as potential drug targets for the management of myocardial injury response outcomes is warranted.

Researchers at the Pohang University of Science & Technology (POSTECH) in ...

Managing CTDs may have an overall benefit on cardiovascular health. Connective ...