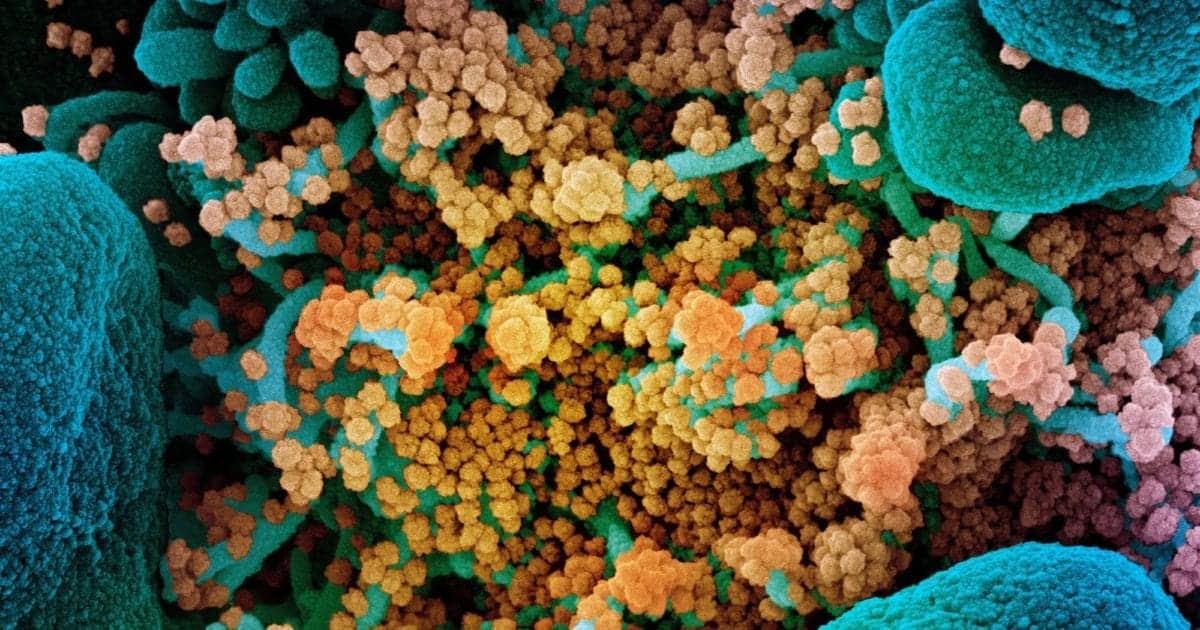 A new study published online in the Annals of the American Thoracic Society reveals how socioeconomic factors partially explain the increased odds that Black and Hispanic Americans have of testing positive for SARS-CoV-2.

In “Association of Race and Ethnicity With COVID-19 Test Positivity and Hospitalization Is Mediated by Socioeconomic Factors,” Hayley B. Gershengorn, MD, associate professor, Division of Pulmonary, Critical Care and Sleep Medicine, University of Miami Miller School of Medicine and co-authors

Researchers looked at the medical records of 15,473 patients tested and 295 hospitalized with COVID-19 between March 1, 2020 and July 23, 2020 at University of Miami hospitals and clinics. This research was conducted as a retrospective cohort study—one that follows two groups of former patients. Researchers found that the socioeconomic factors of population density at the patient’s recorded address, median income, and household size were significantly related to race/ethnicity and explained some of the relation of race/ethnicity with both test positivity and hospitalization. They found no association between race or ethnicity with death rates or other outcomes for hospitalized patients.

“The associations between race/ethnicity and test positivity or hospitalization were not as strong once we adjusted for these socioeconomic factors,” she said. Of patients who were tested for SARS-CoV-2, 29.0% were non-Hispanic white, 48.1% were Hispanic white, 15.0% were non-Hispanic Black, 1.7% were Hispanic Black, and 1.6% were “other.” Among those tested, 1,256 patients (8.1%) tested positive and, of the hospitalized patients, 47 (15.9%) died. After adjustment for demographics, race/ethnicity was associated with test positivity and hospitalization. The researchers conducted a mediation analysis to see if household income, population density and household size explained the association of race and ethnicity with COVID-19 outcomes. Mediation analysis is a statistical technique to help explain underlying reasons for an association of an exposure (in this case, race/ethnicity) and an outcome (in this case, test positivity).

“Numerous studies have demonstrated an association of race and/or ethnicity with outcomes (e.g., case positivity, hospitalization, and, sometimes, mortality) in COVID-19,” said Dr. Gershengorn.  “Specifically, we have seen that, on the whole, non-white and/or Hispanic people tend to fare worse than non-Hispanic white individuals. Appropriately, much has been written about how these associations with worse outcomes almost assuredly have little to do with differences in biology or intrinsic susceptibility to infection across races and ethnicities. Rather, these associations reflect external factors to which minority individuals are more often subject. One of these proposed factors is socioeconomic circumstance; this hypothesis has face validity, but had not been demonstrated in COVID-19. We set out to prove that socioeconomic disparities mediate the association of race and/or ethnicity with worse outcomes in COVID-19.”

“We found that all three socioeconomic factors were associated with higher odds of test positivity, regardless of race or ethnicity,” she stated. “For example, after accounting for other differences, individuals of all races and ethnicities living in the highest population density neighborhoods had 2.5-fold higher odds of test positivity than those living in areas with the lowest population density.”

Death following hospitalization for COVID-19 was no more common for Black or Hispanic patients than for non-Hispanic white patients. The researchers believe it would be useful for similar studies to be done in other regions of the US—and parts of the world—with different ethnic/racial makeups and socioeconomic pressures, in order to show the consistency of their findings in other settings and to better understand which (if any) socioeconomic factors impact the association of race and ethnicity with COVID-19 outcomes. The research team finds it likely that the associations they found between the specific social determinants of health they evaluated and disease risk would be generalizable to other infections with droplet and airborne transmission. Improvements in the social situations of all patients living in more crowded, less well-off communities may pay dividends for their health when the next pandemic, or the next season of influenza, hits.

Dr. Gershengorn added, “We need to recognize that however much we measure and adjust for potential mediators—socioeconomic factors, access to health care, access to education—we still have structural racism in this country that likely drives many health-related outcomes for minority people. Quantifying the impact of structural racism is important, but more important is working to abolish it.”

There’s a rare and touching symbiosis in Damien Fair’s marriage. The prominent ...

WASHINGTON — President-elect Biden called on Congress to approve $415 billion in...