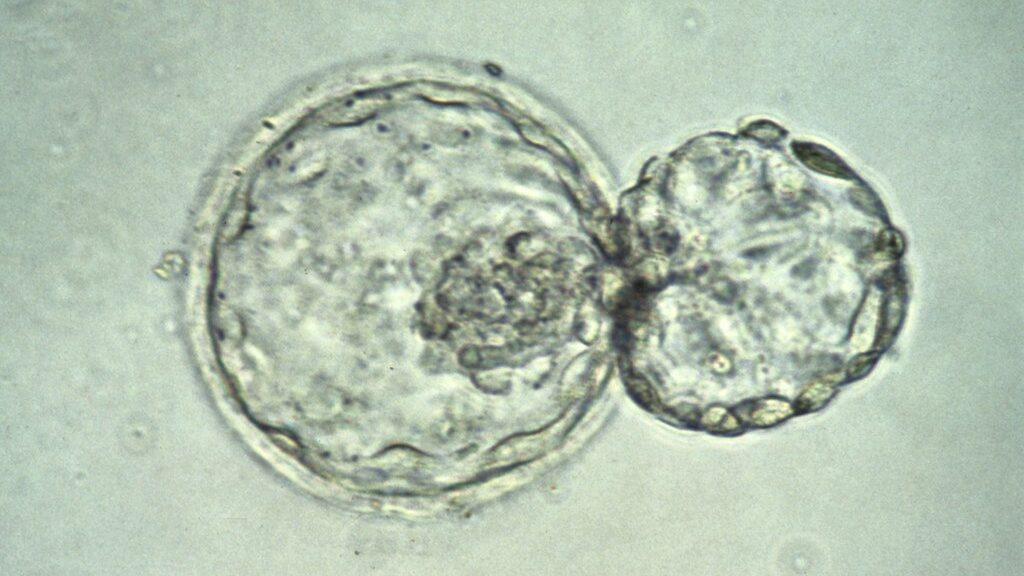 A pair of research teams unveiled two new ways to replicate a key structure from the earliest days of embryonic development — an advance that could provide important new insight into human development and pregnancy loss, but which also raise thorny questions about research with embryo-like models.

The models described in the two papers, both published Wednesday in the journal Nature, are meant to mimic human blastocysts. Blastocysts are orbs that form about five days after an egg is fertilized. Each contains an outside layer of cells that eventually helps generate the placenta and an internal mass of cells that gives rise to the embryo itself. They’re what implants into the uterus as a pregnancy forms.

Researchers think that a better understanding of blastocysts, how their cells interact, and how they lay the groundwork for the next steps of a pregnancy could expand what’s known about human development as well as why so many miscarriages occur at this point. But inquiries so far have been limited. To study this phase now, scientists rely on excess blastocysts created through IVF — a limited resource — or on mouse models called blastoids. The teams behind the new work hope their blastocyst-like models could provide a ready supply of stand-ins for the real thing and a better imitation than mouse blastoids. With them, scientists could study the effects of different toxins, pathogens, and genetic mutations on the dividing cells.

The research teams, one steered by Jose Polo of Monash University and one by Jun Wu of the University of Texas Southwestern Medical Center, dubbed their models “iBlastoids” and “human blastoids,” respectively.

“They will allow us to study now at scale the very early steps of human development without having to use blastocysts donated from IVF,” Polo said.

The researchers stressed that, for all the similarities that make their blastoids practical research tools, there are key differences in the composition and function of the blastoids that separate them from real blastocysts and that limit their utility to lab experiments.

“We believe [our] blastoids are also nonviable,” Wu said, meaning they couldn’t go on to become babies.

The two teams used different approaches in their recipes for making their blastoids, starting with different types of cells and performing different biochemical wizardry to reprogram them into forming the cell blobs. But both blastoid models ultimately had similar architecture, cell types, and features to real blastocysts.

Janet Rossant, a stem cell and developmental biologist at the Hospital for Sick Children in Toronto, who was not involved in the research, said the models could be useful for learning how cells “essentially talk to each other to establish the early embryo and how the embryo implants in the uterus.” But she noted the processes the teams described to make the blastoids were not particularly efficient, and would need to be refined if lots of the structures were going to be made for research.

Any studies involving human embryos, or even models that mimic embryonic development, inherently bring up ethical questions. Improvements in stem cell research and scientists’ ability to transform one type of cell into another have pushed the scientific boundaries.

For now, guidelines — and in some countries, laws — prohibit the culturing in lab dishes of human embryos for longer than 14 days after fertilization, essentially before they develop too far. The International Society for Stem Cell Research is currently reviewing its recommendations around stem cell and embryo research, which could touch on “the 14-day rule,” and plans to issue updated guidelines in May. On Tuesday, MIT Technology Review reported that draft guidance from the group would recommend green-lighting experiments that go beyond 14 days if ethics boards and national policies allowed the work.

Scientists have said they hope the updated ISSCR recommendations will specifically weigh research using models like these embryo-like structures that aren’t actually viable as embryos. As Yi Zheng and Jianping Fu of the University of Michigan wrote in a commentary published along with the two research papers, “As protocols are optimized, these blastoids will more-closely mimic human blastocysts. This will inevitably lead to bioethical questions. What should the ethical status of the human blastoids be, and how should they be regulated? Should the 14-day rule be applicable?”

In the case of the new research, both teams only cultured their blastoids for a few days, just long enough to show that they were indeed acting in many ways like actual blastocysts. The 14-day rule is established to halt experiments before an embryo forms an early structure called a primitive streak — a point at which it can no longer divide into twins — so the research teams stopped before a primitive streak might have formed in their models. The researchers noted the 14-day concept itself couldn’t really apply to their blastocyst-like structures because they didn’t come from an egg that was fertilized.

The researchers were clear about the distinctions between the research tool they had developed and what’s actually required to make a baby.

Medtronic is releasing in the United States the industry’s first and only ...

‘I Wanted to Go in There and Help’: Nursing Schools See Enrollment Bump Amid Pandemic