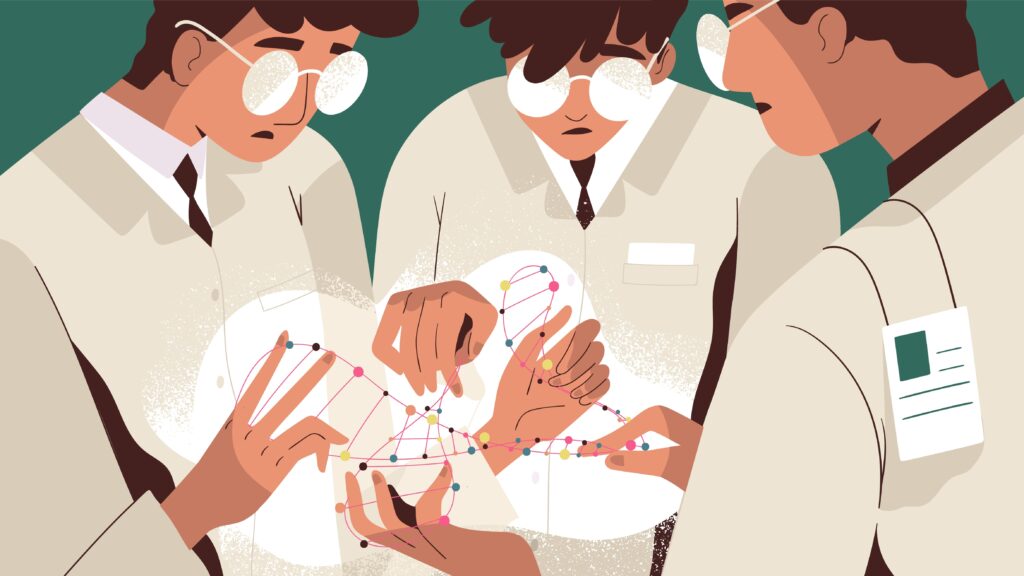 Ever since Arthur D. Little created the first consulting firm in 1886, management consultants have turned their attention to nearly everything from advertising to education to statecraft. They and their management principles are now insinuating themselves into the funding, management, and training of scientists. We think that threatens scientific discovery at its very core.

If management consultants help businesses operate more efficiently, why not extend their purview to fields — especially those where public dollars are used — such as science? With better management, so the thinking goes, the practical benefits from science could be more efficiently achieved.

What does managed science look like? It is exemplified by grant-giving agencies that prefer to fund programs that promise specific and demonstrably achievable outcomes, along with timelines against which such promises are tracked. That’s a perfectly fine approach for product development. But curiosity-driven science, by its nature, is unpredictable and sporadic in its successes. If new grants or continued funding or other rewards depend upon meeting performance metrics, the temptation is to keep promises modest and goals achievable.

The management approach has invaded discovery science for several reasons.

This trend has been exaggerated by businesslike attention to secrecy for protection of intellectual property, a consequence of the Bayh-Dole Act of 1980, which encouraged universities to patent discoveries made from research supported by federal dollars. Institutions established technology transfer offices to protect their products. This has formalized the process for transferring information and materials between institutions with the goal of generating institutional funds. Financial success is rare, but the concealment of discoveries and materials has slowed, and in many cases blocked, the transfer of information between researchers at different institutions.

In contrast, the rapid and open release of information about SARS-CoV-2, the virus that causes Covid-19, brought the power of the global scientific community to bear on this critical problem and enabled the rapid generation of novel mRNA vaccines against it. Of course, data released in such a fashion must be taken as tentative and be checked but, on balance, it enables scientists to move more quickly in rapidly evolving fields.

A culture of close management is antithetical to fundamental discovery. That process works best when curiosity-driven enterprises are expected to be unpredictable, as scientists follow their instincts into sometimes abstruse problems. Timelines and deliverables are inappropriate because great breakthroughs are often unforeseeable.

The most productive scientific enterprises worldwide have been run by scientists holding loose reins on other scientists. One example is the famous Laboratory of Molecular Biology in Cambridge, England, where, in the 1950s, 1960s, and 1970s unconstrained science worked out the structure of DNA, the atomic level structure of proteins, and the triplet nature of the genetic code — not to mention inventing monoclonal antibody technology and a method for sequencing DNA.

Bell Labs is another example, where a few unshackled scientists invented the laser, the solar cell, the transistor, satellite communication, radio astronomy, and information theory.

What about the Covid-19 vaccines, you may ask, which were developed as a product in record time using well-managed industrial approaches? That work stands on the shoulders of decades of esoteric scientific discovery about how to modify mRNA and ensure it is stable outside of cells.

Here’s the tension being played out today: While many scientists say that important scientific advance depends on curiosity-driven exploration, grant and university administrators feel it could be better managed and directed.

Scientists are not immune to pressure like this. When the major arbiters of funding demand greater predictability and predetermined “impact,” and scientific institutions adjudicate decisions about space and promotion based on such funding, many scientists, consciously or subconsciously, lower their risk tolerance and choose incremental and safe projects. There is more security today in following trendy or well-trodden paths than there is in launching into uncharted waters. It is a rare mentor these days who suggests that a junior faculty protégé take on a risky project and chance years without publishable data.

And yet we know that risk takers, dreamers, and iconoclasts are vitally important in science. There is a strong argument to be made that we should do everything we can to support and protect discovery scientists, understanding that there will be periods of harvest and periods of famine, and no one will be able to predict either in advance.

It is hard to match the exhilaration of unanticipated curiosity-driven discoveries, as we have both experienced. One of us (M.C.F.) found new genetic pathways in fish embryos that show how the heart is fashioned, which led to a better understanding of heart diseases. The other (M.K.) found that a nondividing frog egg continued to pulse at the pace of normal cell division and, for the first time, one could imagine a biochemical clock controlling cell division in all animals and plants, which would ultimately suggest new targets in cancer.

Whatever the value of management principles, scientists must be encouraged to follow their inclinations. In doing so, they plant the seeds of new fundamental discoveries that we cannot now imagine that will grow into the victory gardens of tomorrow.

This can happen only when we see science for what it is: a creative endeavor to be cultivated, not managed.

Congress could be successful in stopping dialysis companies from gaming the ...