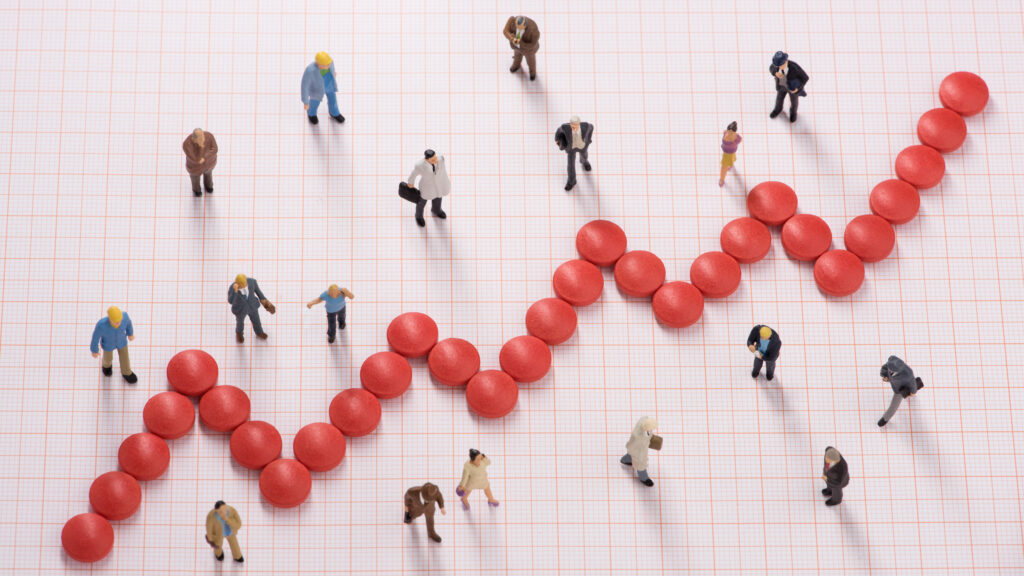 One of the top orders of business for the Biden administration is curbing drug prices.

It’s a laudable goal. High drug prices are a major public health concern; there is broad political support for reining in the cost of drugs; and Americans pay a lot for drugs.

A recent pharmaceutical spending report from the Organization for Economic Co-operation and Development found that U.S. residents spend roughly 50% more on drugs per person than residents of Switzerland, the second highest-spending country, and about twice as much as the median of its peer OECD countries.

One perennially proposed solution is limiting drug patents, which has intuitive appeal. Ideally — and reality is far from this ideal — patents are meant to encourage investment in innovation by granting their bearers the right to prohibit others from copying their claimed inventions. By hindering competition, patent owners can restrict supply and raise prices. Removing the exclusionary right, so the thinking goes, will curb the ability to raise prices.

But given the complexities of the U.S. health care system, limiting patents isn’t likely to have a significant effect on drug prices. Because so many variables go into drug pricing, patent restrictions, at least in most cases, won’t make a significant difference. What’s more, patent policy is a blunt instrument that is likely to miss its target. Limiting drug patents is also an entirely roundabout way to get at the core problem: the prices of drugs, which may be only partially affected by patent restrictions.

Patents exert power over drug prices only when there is robust interest in generic competition and where patents seem like they’re the main thing standing in the way of developing generics. Neither of these is a given for Carbaglu, a drug used to treat high levels of ammonia in the blood, which costs $790,000 per year even though it isn’t patent protected at all.

Patent restrictions won’t work if companies are having difficulty manufacturing the generic drug in question, something that currently plagues many biosimilar manufacturers.

The calculus also doesn’t apply if companies are having difficulty getting FDA approval for their generics, as is the case with more than 400 drugs the FDA has identified as “rais[ing] potential legal, regulatory, or scientific issues” for generic approval other than patents.

And patent limitation won’t work if — for whatever reason — consumers prefer the brand-name drug to generic alternatives and have a choice in purchasing decisions, such as we’ve seen for EpiPen despite the existence of non-generic competitors Auvi-Q and Adrenaclick.

These examples are simply to say that policymakers should be realistic about when limiting drug patents might achieve the end goal of lowering drug prices.

Patents aren’t always the cause of high drug prices. Many patent-free generic drugs are quite expensive. Some are costly because they’re not widely prescribed. With low demand for a particular generic drug, say in the case of a rare or ultra-rare disease, competition is weeded out and sometimes only a single manufacturer is left, leaving it the opportunity to raise its prices. This is, in fact, the circumstance that gave rise to the Daraprim pricing controversy, which brought reviled “pharma bro” Martin Shkreli to national attention.

Notably, drug patents have been limited before, with little to no effect on drug prices. Beginning in 2012 with Mayo Collaborative Services v. Prometheus Laboratories, Inc., the U.S. Supreme Court began to drastically restrict the availability of patents covering certain dosage regimens for many drugs. Decisions following the Mayo ruling were wide-ranging enough that a number of patent applications covering cancer immunotherapies were abandoned at the U.S. Patent and Trademark Office (USPTO). Other strictures on patent protection, as expertly documented by a group at the University of Cambridge, Harvard University, and the University of Copenhagen, have similarly done little to bring down U.S. drug prices. As case studies, these instances strongly suggest that tinkering with patent standards does little for drug prices.

Conversely, there are several examples of drug prices decreasing despite robust patent protection, where similar but not generic drugs occupy the same market space. This happened recently in the context of two cholesterol-lowering drugs, Amgen’s Repatha and Sanofi’s Praluent. Both were patent protected and there was a significant patent lawsuit between the two companies. In the face of steep competition from Sanofi, Amgen cut the price of Repatha from $14,520 to $5,850 — a more than 60% decrease from the sticker price — even before the resolution of its ultimately unsuccessful patent case.

None of this is to say that patents have no role to play in pricing or that there is no good work to be done in expanding drug access through patent policy. Patent policy work is responsible, in part, for the dramatic expansion in access to HIV medications around the world in the early 2010s. More recently, there are a number of drugs protected by incredulous patents, such as dosage regimens for decades-old drugs, that any reasonable doctor would employ even if the medical literature didn’t explicitly say so. Such patents do seem to hinder generic competitors, and good patent policy should restrict them.

That said, policymakers should understand that reining in bad patents is not a panacea for drug pricing.

The Biden administration will find that the U.S. Patent and Trademark Office is a very limited agency for such purposes. The patent office itself does not have authority to make new rules about which inventions are or are not patentable. And the USPTO’s decisions, somewhat by design, are routinely reversed by federal courts.

A new administration could give the patent office rule-making authority if it wished, but there’s no guarantee such power would always yield good outcomes. Instead, such a move would be likely to turn the patent office’s decisions into yet another political football, something no administration wants when the other side has the ball.

The Biden administration would be far better off filling judicial vacancies with judges who have some patent experience, especially in jurisdictions that hear many of these cases, like the six vacancies currently open in the District of New Jersey, which last year alone heard more than 100 brand-generic patent cases.

If the new administration wants to focus on drug prices, there are myriad other ways of doing so than focusing on patent reform. It could, for starters, independently assess what certain drugs are worth, as other countries have done for years. It could limit drug manufacturers’ ability to agree on confidential rebates to certain insurers, a practice contributing to opaque drug pricing. It could simply purchase drugs in bulk — and actually negotiate for them — although doing so would require a change in the law. It could set price caps for drugs in emergency settings. It could bring down the antitrust hammer on collusive conduct between drug companies. For some drugs, it could encourage better, cheaper manufacturing processes.

Any one of these policies — or some combination of them — are almost certain to do more to curb drug prices than limiting patents.

As articulated by health policy scholars Michelle Mello and Trish Riley, “the battle against drug overpricing is more likely to be fought with a thousand arrows than one silver bullet.”

It’s time to stop thinking that limiting drug patents is that silver bullet.

Stanford Medicine is seeking volunteers for a study of an at-home, COVID-19...

Listen: Peace among the pharma giants, the next phase of the pandemic, & a little Covid-19 optimism

Can pharma get along post-pandemic? How will we know when the Covid-19 crisis is...