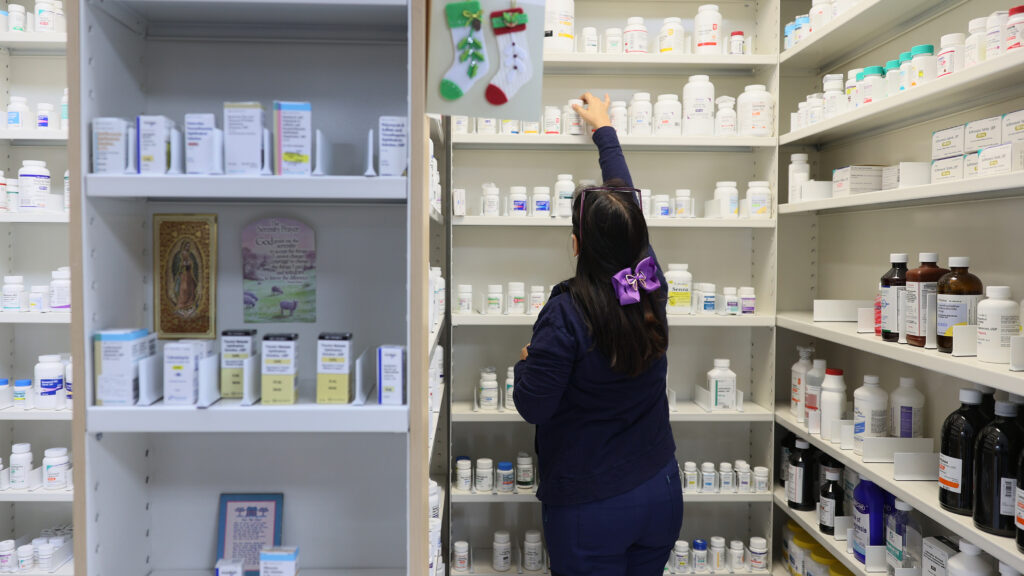 As the Biden administration fills key Cabinet positions, its attention must turn to other critical areas of the U.S. government, like appointing a new director of the U.S. Patent and Trademark Office (USPTO). This agency is unusual in the federal government because it operates solely on fees collected by its users and not on taxpayer dollars.

The office has been working under an acting director, Drew Hirshfeld, since the previous director, Andrei Iancu, officially resigned on Jan. 19, 2021. The USPTO director that President Biden selects will provide important signal of the administration’s patent priorities and can have a positive impact at a time when patents are being abused to support high drug prices.

Non-inventors across the country may not immediately appreciate the role this agency has on everyday lives. But for the millions of Americans struggling with high drug prices, it’s important to understand what’s at stake and the role played by patents.

The nation’s largest pharmaceutical companies have enormous incentives to block the entry of lower-cost generic drugs into the market for as long as possible, because generic competition reduces the prices of drugs by up to 80%. While patents can be essential for incentivizing the research and development spending required to discover new drugs, they can also be abused by lengthening the term of a drug’s monopoly well past what Congress intended.

Among the most egregious examples is AbbVie’s efforts to protect Humira, its drug for rheumatoid arthritis, which is the best-selling prescription drug in the world. Humira, approved in 2002, now makes more money each year than all of the NFL teams combined. According to AbbVie’s CEO, the company has created a “patent estate” (also known as a patent thicket) around the drug.

The initial patent for Humira should have expired in 2016. But by 2013, the company had applied for and obtained more than 75 patents that would extend its monopoly to 2034. (It has done much the same thing for other drugs.) The end result has been to keep this enormously expensive treatment inaccessible to many patients while burdening the health care system, and taxpayers, with higher costs.

The U.S. Patent and Trade Office could play a key role in reversing this trend. While it has historically treated patent applicants as customers, often prioritizing their needs over the needs of the public, a new director will have full power to chart a new course for the office.

I believe there are several things the next USPTO director can do to help lower drug prices. For starters, she or he can acknowledge the link between over-patenting and higher drug prices. This is not difficult: Many countries with stricter controls on over-patenting are already enjoying the lower prices that come from generic competition. In 2018, AbbVie itself cut prices by 80% in Europe to respond to the entry of generics there.

The new USPTO director also needs to improve the quality of patents, which would reduce the ability of companies to build thickets. Patent examiners only get 19 hours, on average, to review each patent application. No examination will ever be perfect, but this lack of time allows a significant number of bad patents to be issued because examiners must uncover evidence that a patent should not be issued before they can reject it, and patent applicants can always edit and resubmit their applications. This allows patent applicants to wear down examiners. It has been estimated that 27% of all issued patents are at least partially invalid.

Another step toward lowering drug prices that the new director can take is supporting an important USPTO process known as inter partes review. Congress created this process to allow the USPTO itself to review issued patents to make sure they were not granted in error. It is far faster and less expensive to evaluate patents in an inter partes proceeding than going through the courts. In addition, these reviews are overseen by judges with patent experience. Iancu took steps that weakened inter partes reviews. This should be reversed, making these reviews a more available and integral tool for tackling drug patent thickets.

Finally, the new director could change the culture of the USPTO by ending the practice of thinking of patent applicants as “customers” and instead look at the process of granting patents as a balancing of interests between promoting innovation and providing the public access to essential technologies.

Some changes may require the new director to work with Congress to prevent patent abuse and lower drug prices. The fact that the patent office is funded solely by patent fees has made it difficult for the organization to balance broader public interests. The lack of funding for new examiners also limits the time patent examiners have to look at each patent. A new USPTO director should be willing to take on these issues and identify the changes necessary to stop patent abuse.

As the Biden administration and Congress continue to address the needs of the country, drug pricing should remain top of mind when setting new policies. Particular care should be given to choosing the next director of the USPTO, as he or she will have immense power over rules that affect drug prices. The stakes are too high and too many people are struggling to pay for the medications they need to allow patent abuse to continue.

Matthew Lane is the executive director of the Coalition Against Patent Abuse, a collection of health care providers, consumer groups, and other advocates that fights abuses of the drug patent system.

Immunotherapies have transformed cancer care by enlisting the body’s own immune ...