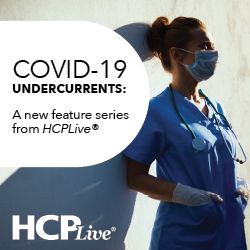 The COVID-19 pandemic has been contrasted against the 1918 Spanish Flu pandemic in many ways—some with reason, some without.

But a comparison to last century’s pandemic could forecast an increase in new onset attention deficit/hyperactivity disorder (ADHD) cases over the coming years.

In the decade that followed the 1918 pandemic, post-encephalitis behavior disorder, which closely mimics modern-day ADHD, became a major public health concern. Seemingly out of nowhere, older individuals began to suffer from ADHD symptoms after recovery from the flu.

In fact, the 1918 pandemic may have been the first time researchers discovered ADHD can be acquired through a viral infection, not just inherited.

So, what is the likelihood the current pandemic drives up the rates of new ADHD cases?

While the long-term impact of COVID-19 is not fully understood in a number of ways, at least 1 researcher believes we will avoid this increase in ADHD in favor of a different type of attention disorder.

Russell A. Barkley, PhD, an expert and published author of several ADHD books, said in an interview with HCPLive® said it is possible there will be a drastic increase in ADHD cases for adults, but so far the evidence points to that not being the case.

“I don’t share that concern quite as much,” Barkley, a clinical professor of psychiatry at Virginia Commonwealth University said. “I’m a neuropsychologist by training, so it is not that I’m not familiar with the possibility and I don’t want to say that it can’t happen. I just don’t see it being much of a probability that it’s going to be an ADHD-like syndrome.”

While Barkley doubts the post-viral illnesses will be similar to ADHD, it doesn’t mean COVID-19 patients will not suffer from some cognitive issues.

An Alternative Theory to ADHD

There has been reports of fatigue with a reduced level of consciousness and awareness often colloquially referred to as the “COVID fog,” which Barkley said points to an entirely different disorder.

“That’s not ADHD, that really has to do with what we think is the power of your attention, giving your level of arousal if you wanted to call it arousal or alertness,” Barkley said. “But ADHD is a disorder of sustaining attention to especially boring tasks over time. It’s not so much an arousal or alertness disorder.”

This could result in an increase in another disorder moving forward called sluggish cognitive tempo.

“It really helps to think of it as there are multiple attention disorders out there, ADHD being the most common and the most known,” he added. “There’s a second disorder we discovered in the past 20 years or so that is the opposite of ADHD. Instead of people being overly coupled to their environment and being distracted by things around them and not being able to get to the things they know they need to do. This is sort of the opposite of that either people will decouple too easily from the environment and so they’re absent minded, confused, mind in the clouds.”

While researchers believe this disorder exists, it is not an official diagnosis, and is not featured in official DSM-5 diagnostic manual. But there is some research regarding this disorder, and Barkley predicted it will become a diagnosable disorder within the next decade.

This disorder, while different from ADHD in that it likely doesn’t lead to some of the self-destructive behaviors of drug abuse or anti-social behavior like the more common ADHD, can still be debilitating and can increase the risk of depression.

There is some good news. Barkley expects most people who are suffering from this arousal-type problem caused by the virus will recover within 1-3 months without outside intervention, based on current studies.

Encephalitis lethargica rates skyrocketed following the Spanish Flu pandemic of 1918, with 1 estimate of over 500,000 people dying worldwide and more than 1 million people infected.

However, the virus that caused the 1918 pandemic—influenza A virus subtype H1N1—selectively impacted children younger than 5, as well as young adults between 25-29 years old.

While official reports of the disorder may be sparse, a distinct pattern emerged in post-encephalitis behavior disorder. Described as early as 1933, the condition was marked by a number of symptoms that parallel modern ADHD.

“So that pandemics produce a lot more encephalitis than we see with this one, which is where the infective agent does attack the brain,” Barkley said. “But if it didn’t kill you, it could lead you with pretty serious neurological complications from that and we’re not seeing so much with this virus, although there’s a few cases.”

In an article published in the American Journal of Psychiatry, the post-virus illness was described by a high degree of general hyperkinesis with either choreiform or tic-like movements in the face, trunk, and extremities, a difficulty or near complete inability in maintaining “quiet attitudes,” abruptness and clumsiness in the performance of movements, relative to simple ones, and an explosive motor release of all voluntarily inhibited activities.

Researchers have also said encephalitis following acute virus and bacterial infections or cerebral trauma in early childhood could lead to structural cerebral changes to behavior and personality disturbances and prevent normal adjustments to life, similar to what can be seen in ADHD.

Onset ADHD still occurs today for reasons other than viral infections. While rare, they can occur following a traumatic brain injury or a stroke in the frontal lobe. These injuries can disrupt the functioning of the prefrontal part of the brain and its networks into the back of the brain, which is the “executive functions” of the brain.

So, when an injury like this occurs it can cause a ADHD-like syndrome to take place, but the area of concern is almost always the frontal lobe.

Barkley said in SARS-CoV-2 there is no evidence that the virus is causing problems specific to the frontal lobe.

“What you have is more generalized symptoms of whole brain inflammation and a few cases that starts to resemble Multiple Sclerosis type presentation,” Barkley said. “Those are rare, but they’re out there. In the US [a few months ago] there were 55 cases of that out in the whole country.”

However, there are cases, albeit rare, of COVID-19 patients who develop other complications that could drive a long-term cognitive impact, such as seizures, encephalitis, or a stroke.

Barkley said, as of now, those rare cases will be the ones that experience long-term cognitive difficulties due to the virus.

While Barkley said all available evidence says there will not be a large increase in ADHD cases for adults because of COVID-19, other doctors caution it is still possible and at the very least should be studied further.

But if the virus does cause some cognitive issues, even if they don’t act like ADHD and are only short-term, there should be guidelines for treating the patients.

The individual can put themselves in more stressful situations that extend the time needed to recover. For example, there are cases where people assume they have recovered from the virus and get into their workout routines too early, which can trigger some of the arousal and fatigue symptoms being found.

While Barkley predicts there won’t be a large increase in ADHD cases caused by the virus, he did say there is some concern over whether or not autism rates will ultimately climb because of this.

“When COVID hit and we started seeing what it does to pregnant women, COVID triggers an inflammatory response in the body, which ramps up the immune system,” Barkley said. “And we know that that could be a contributor to incidences of autism.”

Barkley said there will be studies conducted at Duke University over the next few years examining whether or not autism rates will in fact increase due to COVID-19 infections among pregnant women.

“I can’t say that it’s going to trigger a little blip in prevalence, but I wouldn’t be surprised,” he said.

Findings from a new study show that cannabis use disorder is largely associated ...

Michael Liebowitz, MD: Forecasting How COVID-19 Will Effect the Future of Mental Health

There could be a lasting impact caused by some of the changes due to the ...