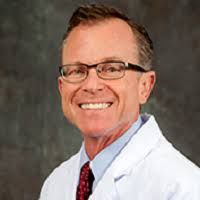 Eli Lily and Company announced the preliminary data from the 40-week SURPASS-2 trial, where tirzepatide 15 mg reduced A1C by 2.46% and body weight by 27.3 pounds (13.1%), the highest dose tested.

In the 40-week, randomized, open-label trial, the investigators compared the efficacy and safety of tirzepatide to semaglutide as an add-on to metformin in 1879 adults with type 2 diabetes. The mean duration of diabetes for the patients was 8.6 years, with a baseline A1C.

Tirzepatide is a novel, investigational, once-weekly, dual glucose-dependent insulinotropic polypeptide (GIP) and GLP-1 receptor agonist. The drug integrates the actions of both incretins into a single molecule, representing a new class of medicines studies for diabetes treatment.

A total of 92% of patients in 15 mg group achieved an A1C of less than 7%, the recommended target for individuals with diabetes by the American Diabetes Association, compared to 81% of the patients taking semaglutide.

The researchers also found 51% of patients taking tirzepatide 15 mg achieved an A1C of less than 5.7%–which is the level of individuals without diabetes. That number is significantly higher than the comparison group, where just 20% achieved this target A1C.

“Head-to-head studies are the gold standard for clinicians assessing the efficacy of investigational treatments, and these results show that all three doses of tirzepatide delivered superior A1C and weight reductions compared to the highest approved dose of semaglutide to treat type 2 diabetes,” said Juan Pablo Frías, MD, Medical Director, National Research Institute and Principal Investigator of SURPASS-2, in a statement.

“Newer treatment options may help people with type 2 diabetes achieve their A1C and weight loss goals. In SURPASS-2, tirzepatide delivered clinically meaningful efficacy, beyond what has been seen with an existing medicine in the established GLP-1 receptor agonist class.” Of 8.28% and a baseline weight of 206.6 pounds.

The complete data from the SUPASS-2 study will be presented during the upcoming American Diabetes Association’s 81st Scientific Sessions.

Risk of Severe COVID-19 Up Among Those With Diabetes

(HealthDay News) — Both type 1 and type 2 diabetes independently increase the ...