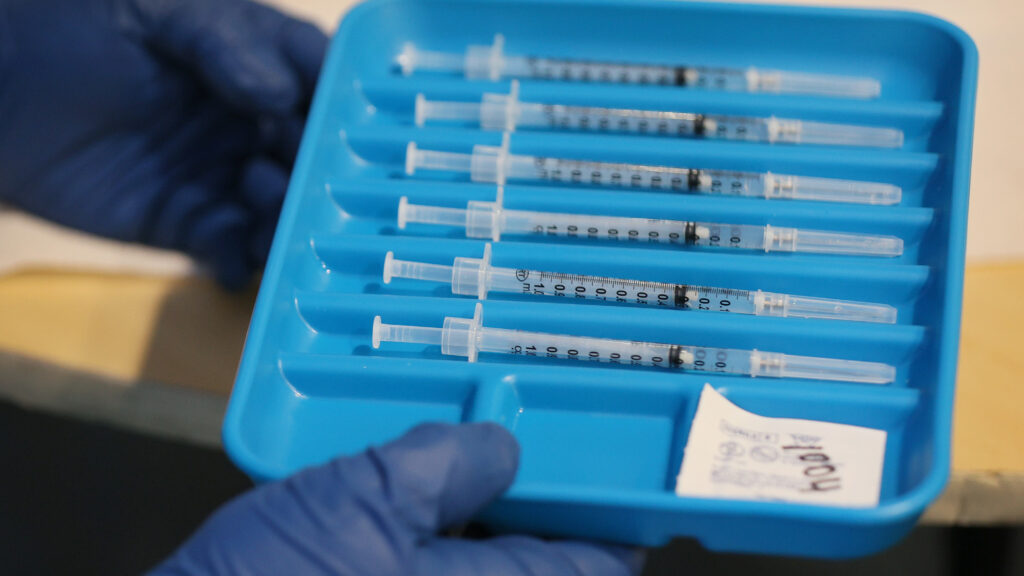 Though nearly 300 million doses of Covid-19 vaccines have been administered around the globe so far, the world still has a long way to go before we can think about declaring the pandemic over.

Meantime, with the scramble to ramp up manufacturing, there are concerns that the production of Covid-19 vaccines could cannibalize the ability of companies to make and distribute other vaccines, like those that protect against dangerous pathogens like rabies, tetanus, measles, and human papillomavirus.

CEPI, the Coalition for Epidemic Preparedness Innovations, is among the organizations thinking critically about these issues. It’s also one of the partners — along with the World Health Organization and Gavi, the Vaccine Alliance — in COVAX, an entity striving to expand access to scarce Covid vaccines on behalf of low- and middle-income countries.

As it has several times throughout the course of the pandemic, STAT spoke recently to Richard Hatchett, CEO of CEPI. Hatchett told us the group will later this week launch the strategy for its next set of goals and take part in an important discussion at the London think tank Chatham House aimed at finding ways to unblock the vaccine production bottlenecks without harming non-Covid vaccine production.

Excerpts from the conversation are below, lightly edited for length and clarity.

It’s actually both. We’re kind of poised between trying to think about how we can end the Covid pandemic, but also beginning to look at the institutions and things that we have set up and thinking about how we can carry those forward and the opportunities for pandemic preparedness in the period after.

Initially we were thinking about the next-generation vaccines as just offering attributes that you would want in vaccines for managing Covid for the long term. So, you know, low cost. Ideally in a single dose. Ease of administration might be factors. More thermal-stable products. But I think the introduction of the variants also forces us to think about multivalent vaccines [meaning they would protect against several strains of the virus] or vaccines that can be easily turned from one strain to another if we get into that kind of a dynamic.

But we’re also drawing lessons from this experience in turning toward the future and thinking about how we can systematically reduce or even eliminate the risk of future pandemics.

Flu vaccines have to be updated virtually annually, and their efficacy is far from ideal. It would be such a missed opportunity if the world follows that paradigm again and then never comes up with a pan-coronavirus vaccine. Wouldn’t it be better to not follow the flu path if we didn’t need to?

The answer is yes. And I think you will be pleased to hear that we are very shortly going to be putting out a call for proposals around … we’re calling them fully protective betacoronavirus vaccines, which seem to be the main threat. [Both SARS-1, which caused a less widespread outbreak in 2003, and SARS-CoV-2, which causes Covid, are betacoronaviruses.]

There’s been quite a buzz about that recently. Our timing seems to have been good. I mean, we’ve been working on gearing this initiative up for some time and didn’t know that all these efforts were going to be attracting the attention that they’ve attracted in the last month or so. But there are at least 20 groups around the world that are trying to move in that direction. And we’re going to be putting out a major initiative, and hopefully by the end of this month, actually.

But obviously, we don’t know what the art of the possible is. And I think certainly in the near term, we need to be thinking about different strategies for ensuring that we can provide protection against the emerging variants.

A number of wealthy countries have locked up a lot of vaccine doses — more than they’ll actually need for their populations.  Is this getting in the way of the rest of the world accessing vaccine? Should countries like the U.S. be saying to some of the manufacturers: We’re not going to need that order. You can sell it to somebody else or we’re donating it to COVAX.

COVAX would welcome that and we are working through making sure that we are ready to receive and use promptly any doses that are contributed.

But I was in the U.S. government during the 2009 H1N1 pandemic and actually I led the policy development process around vaccine donation, which led to the international donation program. H1N1 was nothing like SARS-CoV-2 in terms of its severity or impact. And yet the debate within a reasonably progressive administration in that pandemic was intense. And I can only imagine what it must be like inside governments now, which are struggling to get vaccine to meet their domestic demand.

Every government has to figure out for itself what it can do. For most of last year, we made the argument that there were two core pieces. One was that it was the right thing to do. The other was from enlightened self-interest, which was even if you protect your own population, all countries are interdependent on each other and entangled in a global economy that will continue to suffer if the pandemic isn’t brought under control everywhere.

And the third argument that has entered the discussions — and I think, somewhat to my surprise actually, seems to be the most impactful — is the argument from biology that the virus is out there mutating. And it may be that your huge investment in vaccine is completely upended by variants that evade the immunity that the vaccine provides. And there’s been a real sea change, with G7 and other wealthy nations really realizing they do need to figure out how to end the pandemic.

I’m fully in the choir. I might be your associate pastor.

One other thing that I don’t know if it’s on your radar screen but we’re having a two-day meeting at Chatham House to talk about supply-chain concerns. What’s happening right now is that all of the vaccine manufacturers who have achieved some kind of positive Phase 3 result are now really dialing up their manufacturing. And I think there are nine or 10 vaccines that have been approved by some regulatory authority, somewhere. They’re all dialing up their production simultaneously.

So what you’ve got is a potentially very concerning situation where the main types of vaccine depend largely on a relatively narrowly defined set of critical inputs, whether these are consumables or raw materials that they’re all depending on. And that actually other vaccines and other biological medical products depend on as well.

Exactly. The bags. The stoppers. The tubing. There are actually chemical raw materials and other things as well. And we were beginning to get signals from individual vaccine manufacturers that they are on relatively thin ice in terms of supplies to continue their manufacturing. Simultaneously we were having conversations with some of the upstream providers of these critical supplies, hearing about lengthening back-order times and compensatory behaviors of the companies that rely on these materials — placing larger orders because they were concerned they were going to need to stockpile or hoard.

Which makes it worse?

Which makes it worse. Vicious cycle. And then you’ve also got the overlay of the countries being increasingly antsy and willing to impose export controls or in the case of the United States, to use the Defense Production Act. And so it was a concern seeing all of these trend lines that will intersect not too far in the future and could actually result in a compromise even of the existing capacity.

It’s easy for world leaders to think that the solution is just creating more manufacturing capacity. And that’s all well and good if the upstream supply issues are sorted out and you can make more vaccine. But just having more square footage isn’t it going to result in more vaccine if the system has got a sort of upstream bottleneck.

Is there a risk they’re going to have to start siphoning off materials needed for the production of regular vaccines?

Well, I think it’s something that people are concerned about. The estimated global aggregate production of vaccines was in the range of 3.5 billion to 5.5 billion doses, pre-Covid. And what we are being told by the vaccine manufacturers, based on their projections, is that they’re aspiring to produce 10 billion to 12 billion or 14 billion doses of Covid vaccines alone in 2021. So you’re looking at a huge uptick in terms of vaccine production.

There are concerns that the consumption of resources to produce those vaccines could have an impact on the production of non-Covid vaccines. And we obviously want to prevent that from happening.

We need the stakeholders to understand the different stresses that each one is under — the countries, the vaccine manufacturers, the upstream suppliers — and to think about possible solutions. The solutions that are available to governments, in particular, can be quite blunt instruments. And if they aren’t used carefully, they can potentially be counterproductive.

I haven’t yet been vaccinated. But I am looking forward to the day.

The latest hope for stopping untreatable cancers traces its roots to a ...

The FDA has updated its immediately in effect guidance, Enforcement Policy ...