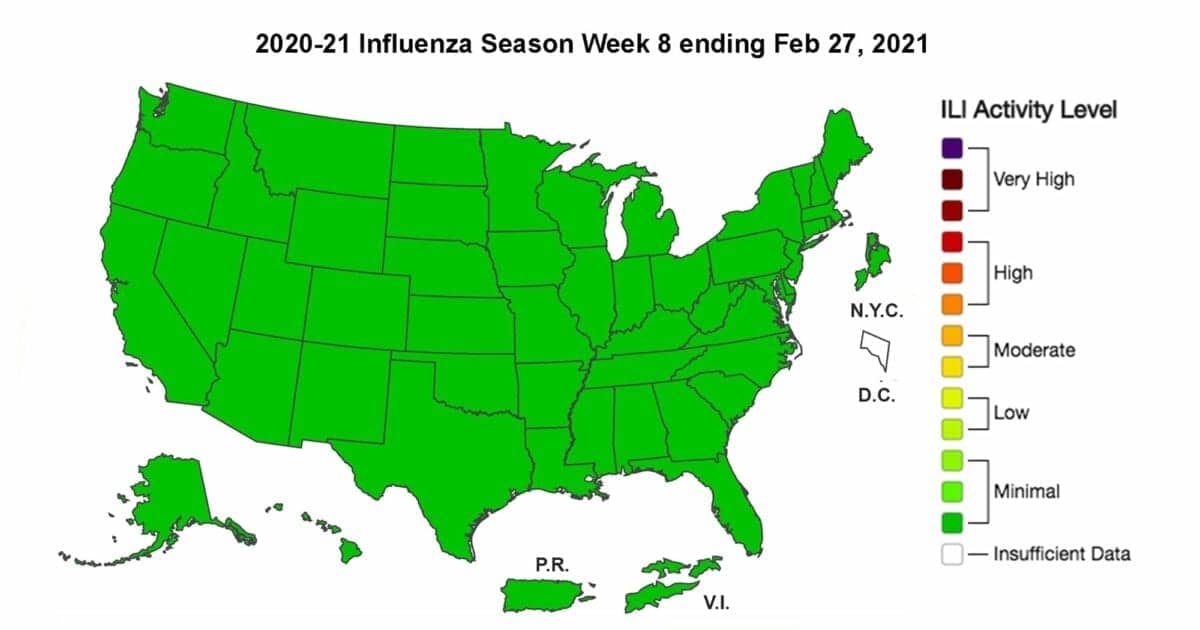 The (CDC) Centers for Disease Control and Prevention is reporting remarkably low levels of influenza activity this season, which has led to a correspondingly low death rate.

A combination of coronavirus precautions, an uptake in flu vaccination, and existing immunity has nearly eradicated infection. This season’s death rate, according to the CDC’s weekly FluView report has seen a sharp decline from the 2019-2020 flu season, when the Centers for Disease Control and Prevention reported 195 children died due to flu-related complications.

“I think that that obliteration of the flu epidemic, which was seen globally, tells us that the way that influenza is transmitted from one person to another might really have been impacted by the use of masks, more than anything else,” Flor Munoz, a member of the American Academy of Pediatrics’ infectious-diseases committee, told The Washington Post.

Hospitalizations related to flu are also low. Between October 1, 2020, and February 27, 2021, health officials reported just 193 laboratory confirmed influenza hospitalizations for an overall cumulative hospitalization rate of 0.7 per 100,000 population, according to the CDC report.

“This is much lower than average for this point in the season and lower than rates for any season since routine data collection began in 2005,” the CDC says.

Letters to the Editor is a periodic feature. We welcome all ...

Hospitalized? You Can Still Vote in Most Parts of the Country

About Asking Never Hurts A series of columns addressing the challenges consumers...