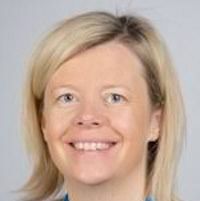 A team, led by Severine Vermeire, MD, PhD, Department of Gastroenterology, University Hospitals Leuven, recently presented data from an induction phase and open-label extension study showing the treatment results in primary endpoints and should be a candidate for later phase trials.

ABX464 is a novel, orally administrated small molecule that could treat ulcerative colitis by interacting with CBC, allowing specific splicing of anti-inflammatory miR-124, leading to a cascade of modulating pro-inflammatory cytokines. ABX464 has also demonstrated a dual mechanisms of action in HIV by generating miR-124 and splicing viral RNA that shows promise in its ability to treat inflammatory bowel disease (IBD).

The randomized study included both an 8-week placebo-controlled, double-blind induction period, as well as an open-label long-term extension phase involving adults as old as 75 years old with moderate to severe active ulcerative colitis.

The mean age of the induction phase was 43.3 years old, with 62.5% of the patient population being male.

The researchers sought primary endpoints of safety, assessed as the rate of
TEAEs and efficacy, which included the proportion of patients achieving clinical remission at week 8 compared to placebo, changes from baseline to week, Mayo Clinic Scores (MCS) and Partial Mayo Clinic Scores (pMCS), rates of endoscopic remission and improvement, changes from baseline to week 8 in (histopathological) Geboes score, change in fecal calprotectin, and miR-124 expression.

In the long-term extension phase, the researchers sought primary endpoints of the long-term safety of the treatment, and additional efficacy endpoints that included clinical and endoscopic rates of response and remission.

In addition, 1 patient in the induction phase prematurely withdrew because of transaminase elevation 3x ULN. In addition, the most common adverse events through 24 months were nasopharyngitis and abdominal pain, each found in 31.3% of the treatment group.

There were no deaths in the study.

Clinical remission was achieved by 35% of the treatment group patients at week 8, compared to just 11.1% of the placebo group.

The study, “Induction and long-term follow-up with ABX464,” was published online in Gastroenterology.

With the ongoing coronavirus disease 2019 (COVD-19) pandemic continuing to shape...

A new study has reported on the global prevalence of hepatitis c virus (HCV) ...