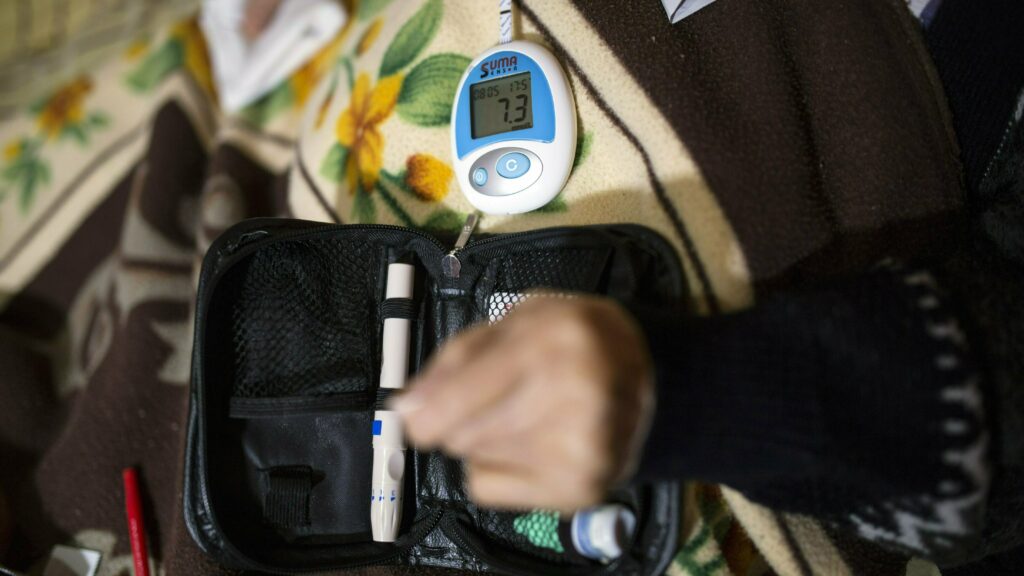 Increasing mortality rates among working-age Americans since 2010 have been mainly driven by drug- and alcohol-related deaths, suicide, and cardiometabolic conditions like diabetes and heart disease, according to a sweeping new report.

The report, released Tuesday by the National Academies of Sciences, Engineering, and Medicine, examined data from 1990 to 2017, and revealed that the rise in deaths among working-age adults (those between 25 and 64) was seen across rural and metropolitan areas and racial and ethnic groups. The increase also appears to be behind the recent fall in U.S. life expectancy, which is significantly lower than in other high-income countries.

“Things have really gotten worse since 2010,” said Kathleen Mullan Harris, the James Haar Distinguished Professor of Sociology at the University of North Carolina at Chapel Hill and the chair of the Committee on Rising Midlife Mortality Rates and Socioeconomic Disparities, which completed the report.

Before then, she said, working-age mortality was rising in some populations, including young white men and women living outside of cities. But 2010 was “really a transition period,” she said, with the trend becoming more widespread.

The authors analyzed drug- and alcohol-related death data and concluded that the total included more than 1.3 million among working-age adults from 1990 to 2017, the report said, making up about 8% of all deaths in this group. The largest increases in drug-related mortality rates were seen in white people (particularly men), older Black men, and in the regions of Appalachia, New England, and the industrial Midwest. Also during the study period, a ballooning opioid crisis coincided with economic shifts in some industries.

“The loss of manufacturing jobs and loss of mining jobs really meant that families and communities were just completely devastated by these job losses,” said Mullan Harris, leaving many vulnerable to substance use.

The report said there is evidence to suggest that economic instability can also influence suicide mortality, which increased during the study period in Appalachia and the Rust Belt. Overall, there were nearly 570,000 suicides among working-age adults from 1990-2017, with significant increases in suicide rates seen mainly among white people. Other potential explanations for this increase include societal changes like generally decreasing participation in religious and community organizations.

With cardiometabolic conditions, mortality has increased for some, like heart disease caused by high blood pressure, while declining mortality for others, such as coronary artery disease, has stalled. There were more than 4.8 million deaths among working-age adults from cardiometabolic conditions during the study period. While deaths related to these conditions have largely stayed the same or even decreased in this period among white individuals, they have increased in most Black and Hispanic people, in some cases by over 20%, although increases were slight among Hispanic women and there were decreases in some areas, like coronary artery disease. There are some notable variations depending on place. For example, Black people outside of metropolitan areas experienced a 20% greater increase than that of those in large metropolitan areas in endocrine, nutritional, and metabolic-related mortality.

A rise in U.S. obesity rates starting in the late 1980s has played a role in increasing prevalence of cardiometabolic diseases. The various cardiometabolic conditions the study groups together, from diabetes to thyroid problems, are linked by underlying risk factors, like obesity and high cholesterol.

“People who are obese now have been obese longer on average than people in the past,” said Theresa Andrasfay, a postdoctoral scholar at the University of Southern California who studies social determinants of health and mortality and was not involved with the study.

Economically disadvantaged people are more vulnerable to obesity and associated conditions, said Mullan Harris, since they are less likely to have access to healthy food, safe and open spaces to exercise, and affordable health care. In fact, vulnerability was one of three major “causes of causes” of mortality the authors identified, along with general economic decline and economic inequality.

Mullan Harris said it’s clear the same factors were at play during the coronavirus pandemic. Obesity and cardiometabolic conditions made people vulnerable to Covid-19, and the underlying inequality became evident as disproportionate percentages of cases and deaths occurred among Black individuals and other people of color.

“Those are the same people who are also at risk to the increases in working-age mortality,” said Mullan Harris.

The report proposed a wide variety of policy solutions to address this rising mortality, including expanding access to Medicaid under the Affordable Care Act, which 38 states and Washington, D.C., have already done. Other recommendations include policies to limit excess marketing of unhealthy foods, increased access to programs that address mental health and substance use disorders, and more research on ways to better address these issues. The authors also emphasize the role that broader economic policy can play, like revitalizing communities badly affected by economic hardship and addressing inequalities caused by structural racism.

The solutions won’t be quick fixes, said Andrasfay, using the example of early childhood programs to prevent obesity. “Those sorts of interventions will take many years before we see the benefits of them,” she said.

The report sheds light on complex issues — not only on racial disparities in health but the relationship between body weight and health, the link between economic hardship and mental health, and ensuring access to pain medication to those who need it without increasing the risk of misuse. These issues need to be addressed with sensitivity, Mullan Harris said, but they cannot be ignored.

“This is a story about people dying in the prime ages of their lives,” she said.

Medicine causes just as much disease as it solves. We must adopt the lifestyle ...