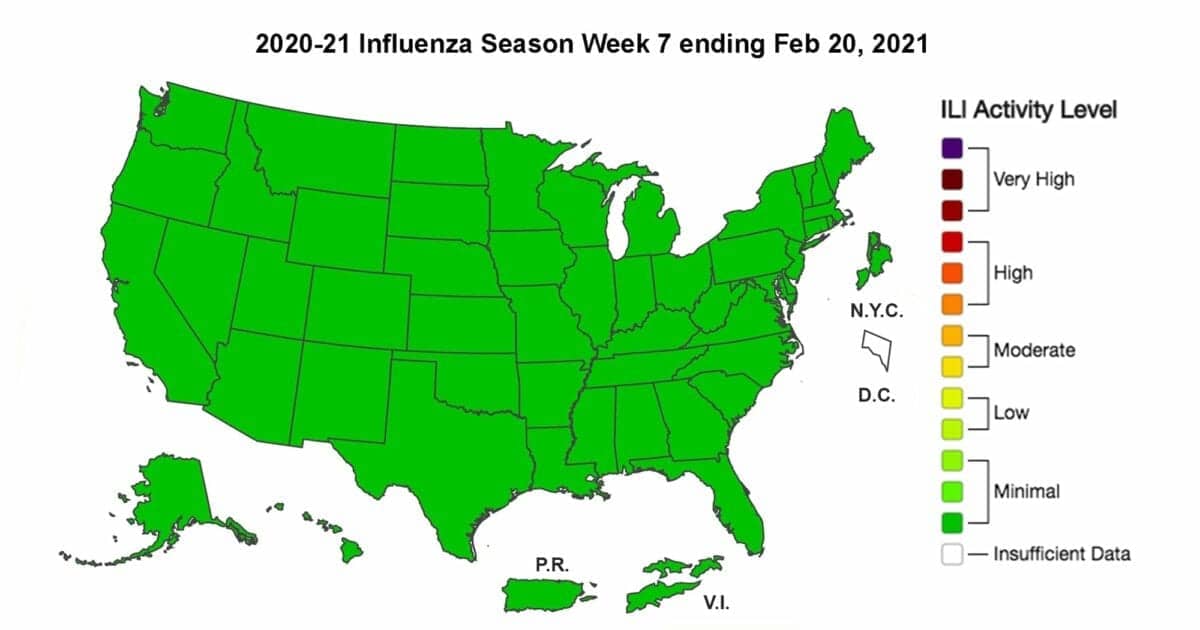 Compared to typical flu seasons, there are hardly any laboratory-confirmed influenza cases and far fewer flu-related hospitalizations, according to data published by the US Centers for Disease Control and Prevention.

The CDC’s weekly FluView report shows that flu activity in the United States remains lower than usual for this time in the season. The percentage of respiratory samples testing positive for any strain of influenza is just .1%. And only 1% of visits to healthcare providers during the week ending in Feb. 20 were for influenza-like symptoms. In total, there have been 1,499 lab-confirmed positive flu cases this season.

The CDC warns that the novel coronavirus pandemic may be impacting the reported influenza data and should be interpreted with caution.

The public health agency notes that even during previous flu seasons with low severity, flu rates were much higher. “During the 2011-12 season, the rate was 2.2 times higher at this time in the season,” the report said.

Despite these low numbers, the CDC still encourages the public to get vaccinated for the flu. “An annual flu vaccine is the best way to protect against flu and its potentially serious complications.”