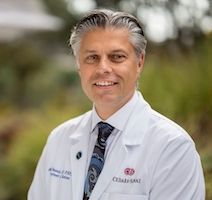 Proton pump inhibitor (PPI) use does not lead to bacterial overgrowth in the small intestine, according to a paper published in Digestive Diseases and Sciences.

Investigators from Cedars-Sinai Medical Center conducted microbiome sequencing and culture from 177 patients as part of the REIMAGINE study in order to compare duodenal and stool microbiomes in those who use and do not use PPI.

The patients were aged 18-58 years and underwent upper gastrointestinal endoscopy or double balloon enteroscopy without colonoscopy as part of their standard of care. The participants completed a questionnaire – which covered topics such as demographics, medical history, gastrointestinal symptoms, and medication use – provided a blood sample, and provided an optional stool sample.

While there is some off-label and over-the-counter use of PPI, the study authors wrote, they are among the most widely prescribed medications in some adult populations. Because PPI use decreases gastric acid secretion, it has been suggested that PPI use could lead to increased risks of Clostridium difficile (C diff) infection, as well as small intestinal bacterial overgrowth (SIBO).

Of the total number of patients enrolled in the study, 59 subjects were on PPI at the time of endoscopy and 118 controls were not. The types of PPI being taken by subjects in the cohort using them included omeprazole (27 patients), pantoprazole (23 patients), esomeprazole (6 patients), and others (2 patients).

There were no phylum-level differences between patients that used PPI and those that did not, the study authors said, after evaluating the duodenal microbiome. However, the PPI users showed significantly higher relative abundances of the families Campylobacteraceae (3.13-fold) and Bifidobacteriaceae (2.9-fold), the study authors learned. There was lower relative abundance of Clostridiaceae (88.24-fold) in PPI subjects compared to the non-users, the investigators found.

SIBO rates were not significantly different between the groups, the study authors said, which was true when using cultures or 16S sequencing. It also remained true among PPI subjects taking different PPIs.

“This is the first trial showing that PPI does not lead to bacterial overgrowth using the best technology available (microbiome sequencing and culture),” Pimentel added. “This paper in some ways settles the matter, but as in all science, needs duplication by other groups.”

He noted that their findings should assuage concerns about SIBO when prescribing treatment with PPI.

Gastroenterologists Hope to Change the Course of Disease in the Future

If gastroenterologists are able to predict at diagnosis the course of ...

Decades of Research Results in Glory for Hepatitis C Investigators

While many in science and medical research do so under the radar for the ...