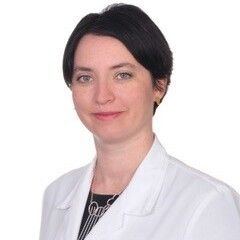 A new study noted the presence of elevated blood pressure in children and adolescents who have been exposed to tobacco.

Patient ages ranged from 8-19 years old. All participants completed an in-depth interview and underwent an examination consisting of medical and physiological measurements, in addition to laboratory tests.

Individuals were considered exposed to tobacco if they reported the presence of at least 1 smoker at home or had a serum cotinine level >0.05 µg/L.

Furthermore, Levy and colleagues defined active smoking as “answering yes to the question ‘During the past 5 days, including today, did you smoke cigarettes, pipes, cigars, little cigars or cigarillos, water pipes, hookahs, or e-cigarettes?’ or having a serum cotinine level greater than 10 µg/L.”

As such, the cross-sectional study looked at 8520 participants, which represented 41 million US children.

The mean age was 13.1 years, a majority (51%) of the population were male, and 58% were non-Hispanic White individuals.

The investigators noted that those with any tobacco smoke exposure were more likely to be older (mean age, 13.3 years) than those without exposure (12.8 years).

Additionally, those who were overweight or obese, had no or public insurance, and had a poverty index less than 130% of the federal poverty threshold were more likelty to have any tobacco exposure.

Following adjustment of covariates, the investigators also found that the odds of having elevated blood pressure was 1.31 (95% CI, 1.06-1.61) for any tobacco exposure. These odds were similar across subgroups (age, sex, race/ethnicity) and sensitivity analyses.

“Our findings are supported by the existence of data showing a biological plausibility for the association between tobacco exposure and blood pressure,” wrote the investigators.

“Nicotine causes acute elevations in blood pressure through stimulation of the adrenergic pathway via epinephrine and norepinephrine,” they continued.

Levy and team also touched on the importance of these findings on public health and the need to address this modifiable risk factor in children.

“With a national adult prevalence of smoking of 15.5%, 5.6 million children can be expected to die prematurely during adulthood from smoking-associated causes,” they wrote.

The study, “Analysis of Active and Passive Tobacco Exposures and Blood Pressure in US Children and Adolescents,” was published online in JAMA Network Open.

The transitional use from in-person to remote ambulatory cardiovascular care led...

March 26, 2021 Cardiometabolic disease, in manifestations including ...