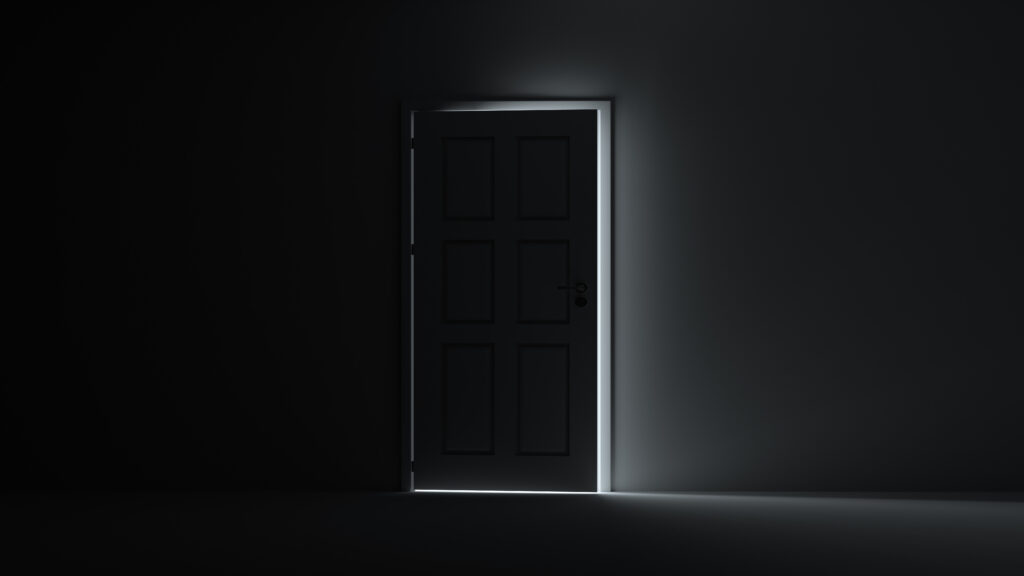 In 2017, Karen Porter mentioned something unusual at a routine neurology appointment: Everything she saw appeared to be vibrating.

The 57-year-old U.K. resident has chronic migraines, and over the past few years had become increasingly sensitive to light; her house was almost completely blacked out, except for a dim camping light. In low light, she’d noticed the startling change in her vision.

When Porter’s neurologist, Manjit Matharu of the National Hospital for Neurology and Neurosurgery in London, examined her eyes, he noticed the pupils appeared to jump around uncontrollably, a condition called nystagmus. Matharu, whose expertise is primarily in treating migraines, referred her to Diego Kaski, another neurologist at the hospital who studies eye movement disorders.

As detailed in a new case report published Monday in the Annals of Internal Medicine, Kaski eventually diagnosed Porter with a condition almost entirely confined to history: miners’ nystagmus. Without any standard course of treatment to rely on, Kaski and his colleagues pursued a novel strategy of gradual light re-exposure that eased Porter’s nystagmus and light sensitivity. The case, they say, also demonstrates the principle of neuroplasticity, which enables the brain to continuously adapt to environmental changes.

Chronic migraines affect over 4 million adults worldwide, and those with the condition can be sensitive to and avoid light even when they don’t have a migraine. But Porter’s case was unique — she had avoided all light for 18 months. When he first met her, Kaski said she wore three blindfolds and a hat to block out all light from above, and couldn’t tolerate removing them so Kaski could examine her eyes in the bright clinic room. When Kaski examined her eyes in the dark, he immediately noticed the nystagmus. Early on, he thought it was related to her visual deprivation.

“I suspected it when I first met her,” said Kaski, the lead author of the case report and an associate professor at the University College London Institute of Neurology. Nystagmus is common in people who are blind, and Kaski said Porter’s avoidance of light was striking. But Porter’s eyesight was still perfectly fine in low light. Some sighted people have the condition from birth, but in that case the brain adjusts to it, making vision appear normal. Brain scans also confirmed that Porter hadn’t had a recent stroke, another potential cause.

Kaski said it took him several weeks to piece together what was happening. He took a deep dive into the medical literature, from controversial studies on cats who had their eyelids sewn shut to reports on people who’d been imprisoned in dark places. Finally, he found something.

“I came across miners’ nystagmus in a very old textbook,” he said. In the late 1800s, British coal miners would sometimes develop nystagmus, after working underground for several years. The eye condition, along with a collection of other symptoms such as headaches and breathlessness, became known as miners’ nystagmus. But doctors at the time couldn’t figure out what could be causing it, and concluded that it must be psychological disorder — the miners must be controlling the eye movements themselves.

Today, Kaski said, it’s thought that the nystagmus was a direct consequence of the extreme low light and visual deprivation. Mines in the 19th century were often very dimly illuminated by candlelight or gas lamps, and coal itself reflects almost no light. It makes sense that nystagmus might occur as the result of this extremely low light for the same reason it occurs in blind people, said Joseph Rizzo, a neuro-ophthalmologist at the Massachusetts Eye and Ear hospital and a professor of neuro-ophthalmology at Harvard Medical School. He said that typically, the brain develops a sort of coordinate system based on visual input so both eyes can focus on a single point, which allows for the best vision possible. But if there’s no visual input, your brain loses track of that system.

“If you lose those coordinates, the eyes get lost, basically,” said Rizzo, who was not involved in the case study. Kaski described nystagmus as a failure of the brain to inhibit the motion of the eyes, a process which relies on visual input. Unable to focus on anything, the eyes will essentially go on trying, moving rapidly back and forth in vain.

Though Porter’s nystagmus seemed to match this centuries-old malady, Kaski said the historical insight did not give him any idea of how to treat her condition. Although she’d started avoiding light to control her migraines, Kaski said it was different medication that ended up helping her migraines the most. Light exposure did not actually seem to trigger her migraines, Kaski said, although it’s possible they could have lessened their severity, especially at first. If Porter were able to tolerate light again, Kaski reasoned, maybe her nystagmus would also resolve.

So Kaski and his colleagues devised a system to slowly reintroduce Porter to light. He had an electrician come to her and her partner’s home and install dimmer switches, and had them buy a lux monitor to measure the level of light. Week by week, Porter’s husband, Tony, would help her increase the light exposure in their home, and after a few weeks, Porter noticed that things “vibrated” less in her vision, and she could tolerate a small amount of light exposure for most of the day. A video included with the case report and displayed below shows the nystagmus greatly reduced after three months, and after eight months, it was entirely gone.

Porter was able to tolerate 50 lux for 12 hours a day after 13 weeks, which Kaski said is roughly equivalent to standing in the middle of a fairly large, otherwise unlit room with natural light coming in from through a few windows. That would still be relatively dim for most people.

“Bright sunshine is very different to that,” Kaski said, with a light level of around 10,000 lux. But after eight months, he said Porter was finally able to come to the hospital without any blindfolds, and could be examined in a normal clinic room with the lights on.

Rizzo noted how the case demonstrates the principle of neuroplasticity. Like a room where only certain people are engaged in conversation, the brain “has its favorite partners, where information is shared routinely,” Rizzo said. In response to any change, whether it is prolonged darkness, a brain injury, or a stroke, some of those conversations get interrupted. Neuroplasticity is when the brain adapts to a change and reconfigures itself, like new people in the room beginning to converse. Even the fact that the visual deprivation could cause miners’ nystagmus demonstrates how much one’s environment can change their brain, but even more remarkably, Kaski was able to find a relatively simple way to reverse the condition, which he feared might be permanent.

“If you give the brain the right information, it can figure out how to do its job again,” said Rizzo.

Porter still has chronic migraines, and, due to their current severity, was unable to talk with STAT directly about her health. In an email to STAT, her husband wrote that despite Karen being able to tolerate an increased amount of light in their home, the windows are still blacked out, as is the back of their car. He wrote that Karen is still largely housebound, leaving home only for doctor’s appointments. But they are hopeful that one day things could be different for Karen.

“We continue to work towards her recovery,” Tony wrote.

Is there life after medicine?

My group of nephrologists is trying to convince our 75-year-old colleague to ...

A new study published online in the Annals of the American Thoracic ...