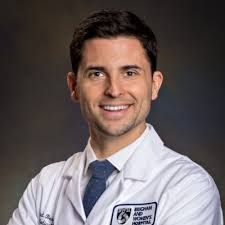 Dapagliflozin might be a crucial drug in reducing the negative outcomes associated with heart failure (HF).

A team, led by David D. Berg, MD, MPH, TIMI Study Group, Division of Cardiovascular Medicine, Brigham and Women’s Hospital, examined the timing of onset of clinical benefit with dapagliflozin and magnitude as a function of proximity to prior heart failure hospitalization.

The new study represents a secondary analysis of an already completed multinational study dubbed the Dapagliflozin and Prevention of Adverse-Outcomes in Heart Failure trial. The study was a double-blinded, placebo-controlled, randomized clinical trial examining 4744 patients with chronic HFrEF.

The researchers enrolled patients with left ventricular ejection fraction of 40% or less in the New York Heart Association Classes 2-4 between February 2017 and August 2018.

The median range of follow-up time was 18.2 months and hazard ratios (HRs) were calculated for the primary efficacy outcome with dapagliflozin compared to placebo by time following randomization. The mean age of the patient population was 66.3 years old and 23.4% (n = 1109) of the patients were women.

The investigators sought main outcomes of the composite of cardiovascular death or worsening heart failure.

At baseline, there were 2251 patients (47.4%) with previous hospitalizations for heart failure and 1301 (27.4%) individuals hospitalized within 12 months prior to enrollment.

The researchers quickly noticed the reduction in cardiovascular deaths or worsening heart failure with the use of dapagliflozin. In this treatment arm, there was a sustained statistically significant benefit at the 28 day mark following randomization (HR, 0.51; 95% CI, 0.28-0.94; P = 0.03).

In the placebo group, there was a stepwise gradient of risk for the primary outcome according to the timing of the most recent heart failure hospitalization. This group had a two-year Kaplan-Meier rates of 21.1%, 25.3%, and 33.8% (adjusted P = 0.003) for patients with a prior heart failure hospitalization never, more than 12 months ago, and 12 or fewer months ago, respectively.

“In this study, treatment with dapagliflozin was associated with rapid reduction in the risk of cardiovascular death or worsening HF, with a sustained statistically significant benefit emerging very early after randomization,” the authors wrote. “Patients with a more recent HF hospitalization were at particularly high risk and experienced greater relative and absolute risk reductions with dapagliflozin.”

The study, “Time to Clinical Benefit of Dapagliflozin and Significance of Prior Heart Failure Hospitalization in Patients With Heart Failure With Reduced Ejection Fraction,” was published online in JAMA Cardiology.

Physical models of organs and tissues have many uses in clinical medicine, ...

Cardiologists Seek Equity in the Improvement of their Field

To the naked eye, cardiology does not look to be a field in need of ...