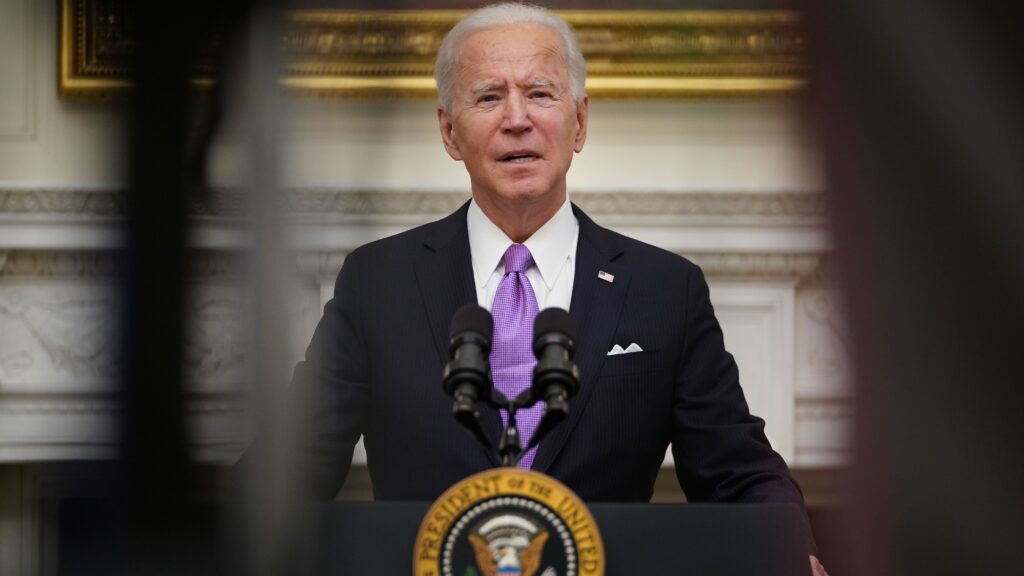 WASHINGTON — President Biden plans to nominate Chiquita Brooks-LaSure, a health policy consultant and veteran Democratic aide, as administrator of the Centers for Medicare and Medicaid Services, according to three sources familiar with the decision.

If confirmed by the Senate, Brooks-LaSure, whose nomination was first reported by the Washington Post, would wield substantial power both over the trillion-dollar safety-net health agency and government health care more broadly. But it remains to be seen how much leeway she and her deputies would have to push large-scale reforms.

Brooks-LaSure would also inherit an agency dogged by countless controversies during the Trump administration. Many centered on the former CMS administrator, Seema Verma, who pursued policies that transformed the agency’s mission and repeatedly landed it in court.

Brooks-LaSure would inherit those lawsuits, most notably a Supreme Court case set to be argued in March challenging the agency’s new policy of denying health coverage to unemployed Medicaid beneficiaries. The Supreme Court is still scheduled to hear the case on March 29, although the Biden administration took action last week to begin reversing the policy, which could moot the lawsuit before it’s argued. That’s far from the agency’s only lawsuit: CMS is currently facing two other challenges from hospitals alone, and is also fending off lawsuits from drug makers and seniors’ groups.

Biden can’t count on Congress to help implement his health care agenda. The Senate, which is currently divided 50-50 between Democrats and Republicans, is unlikely to pass any splashy legislation, like enacting a health insurance “public option,” a signature Biden campaign promise. CMS, as a result, could end up being Biden’s best tool for enacting aggressive health reforms.

“It’s going to be a very challenging and very busy time at CMS,” said Drew Altman, the president of the nonpartisan Kaiser Family Foundation. “Under even the easiest times, CMS is a bear to run. It’s a place where the agency and the administrator are making multibillion-dollar decisions that affect powerful industry groups literally almost every day. Even the slowest of days at CMS are challenging and difficult.”

Brooks-LaSure is well-positioned to pursue one of Biden’s signature campaign promises: strengthening and expanding the Affordable Care Act. She was a key drafter of the law as a staffer on the House Ways and Means Committee. Brooks-LaSure later held high-profile positions in two offices tasked with implementing the ACA: the Center for Consumer Information and Insurance Oversight and the Office of Health Reform.

Brooks-LaSure’s selection ends a monthslong horserace to lead CMS, which pitted her against Mandy Cohen, the North Carolina health secretary and former top aide to Andy Slavitt, the former acting CMS administrator during the Obama administration.

“They’re both great choices and [I] have said so. We’d be lucky with either. I know Mandy better but I’ve pushed that they can’t go wrong with either,” Slavitt told STAT in a text message before Brooks-LaSure’s selection became known.

Brooks-LaSure, however, had two major advantages. She led Biden’s transition team for the Department of Health and Human Services, the agency that encompasses CMS. Additionally, she worked directly with Xavier Becerra, Biden’s nominee for HHS secretary, during his time as a congressman and member of the Ways and Means Committee. She also has close ties to Sean McCluskie, now the HHS chief of staff, who served as Becerra’s chief of staff in Congress and a staffer for the committee’s former health subcommittee chair, Pete Stark.

Brooks-LaSure is expected to be a vocal champion for expanding health care coverage via the ACA, Medicaid, and a potential public option. She has publicly argued that “coverage for the lowest-income Americans remains the most significant unfinished business of the ACA.” She has also advocated for the federal government to push states into expanding Medicaid, the insurance program for low-income people, including “a federal coverage guarantee” that “should include incentives, penalties, or both to prevent expansion states from rolling back existing Medicaid coverage.”

She is also well-positioned to help implement a public option, though the Biden administration can’t do so without an act of Congress. Most of Brooks-LaSure’s work at Manatt, a lobbying and consultancy firm, focused on advising individual states on how they could create public option plans.

Hello, everyone, and welcome to the middle of the week. Congratulations on ...

The percentage of medical students who can’t find residencies is increasing ...