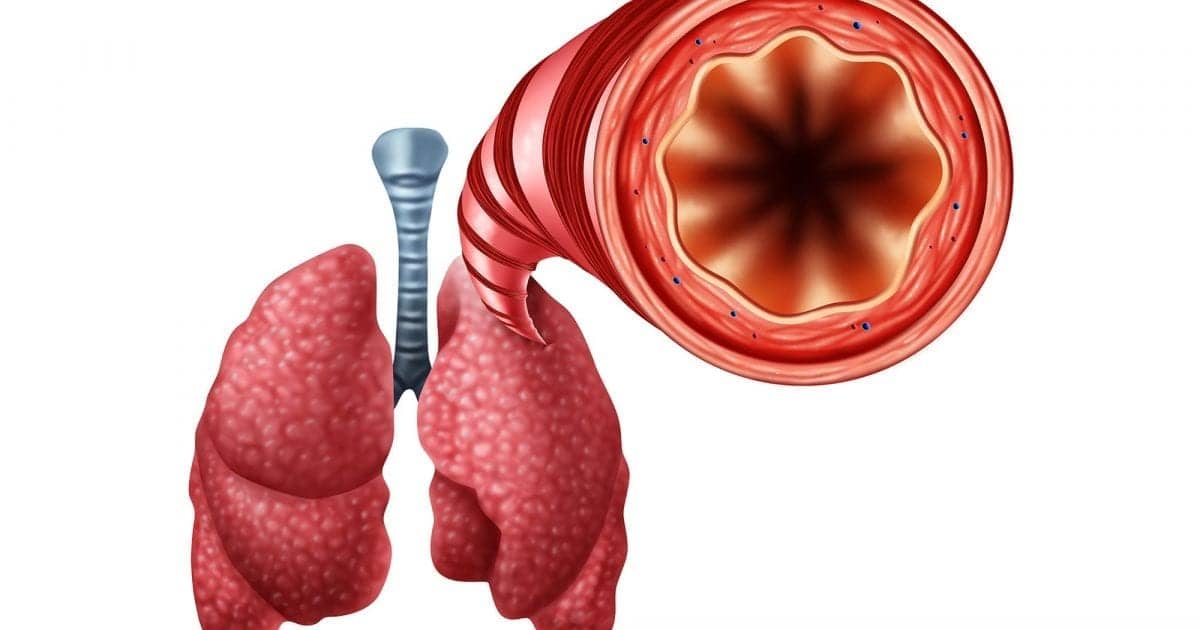 Inhaling unfragmented hyaluronan improves lung function in patients suffering from severe exacerbation of COPD, according to a study published in Respiratory Research by researchers at the National Institutes of Health.

Hyaluronan, a sugar secreted by living tissue that acts as a scaffold for cells, is also used in cosmetics as a skin moisturizer and as a nasal spray to moisturize lung airways. Utilized as a treatment, hyaluronan shortened the amount of time COPD patients in intensive care needed breathing support, decreased their number of days in the hospital, and saved money by reducing their hospital stay.

The study is a good example of how examining the impacts of environmental pollution on the lungs can lead to viable treatments. Several years ago, co-senior author Stavros Garantziotis, MD, medical director of the Clinical Research Unit at the National Institute of Environmental Health Sciences (NIEHS), part of NIH, showed that exposure to pollution causes hyaluronan in the lungs to break down into smaller fragments. These fragments irritate lung tissue and activate the immune system, leading to constriction and inflammation of the airways. He determined that inhalation of healthy, unfragmented hyaluronan reduces inflammation by outcompeting the smaller hyaluronan fragments.

Garantziotis offered an analogy for how the inflammation occurs. He said hyaluronan surrounds cells like mortar surrounds bricks. Introducing pollution causes cracks in the mortar, breaking it into smaller chunks.

“These smaller chunks irritate the body and activate the immune system, leading to inflammation,” Garantziotis said. “Reintroducing the full-length hyaluronan, like a fresh coat of mortar, means it is less irritating and reduces the amount of inflammation.”

Since hyaluronan was approved in Italy for airway moisturization, Garantziotis worked with colleagues in Rome to see if inhalation of full-size hyaluronan could improve lung function in critically ill COPD patients. He explained that the patients were using a breathing apparatus similar to a continuous positive airway pressure (CPAP) machine to treat their acute exacerbation of COPD. This apparatus provided breathing support by blowing air into the airways through a mask.

“Inhaled hyaluronan qualifies as a stimulating aid for patients with exacerbated COPD, as it is safe and easy to administer,” said co-senior author Raffaele Incalzi, MD, Department of Medicine, Campus Bio-Medico University and Teaching Hospital, Rome. “Furthermore, it acts locally, only in the bronchial tree, and, thus, cannot interfere with any systemic drug.”

Garantziotis also wanted to know what was producing airway constriction in the lungs of COPD patients. He theorized that thick mucus may be involved. Collaborating with scientists at the University of Alabama at Birmingham (UAB), they grew airway cells from emphysema patients in culture and looked at how mucus moved in the cells. They saw that mucus flowed more easily after administering hyaluronan.

Current treatments for lung disease include inhaled steroids, antibiotics, and bronchodilators, so using a molecule that is already found in the body is a new concept. The goal now for Garantziotis is to study this treatment in more patients in the U.S., so he can understand the optimal conditions and dosing that will produce the most benefit.

are among the top causes of death from cardiovascular diseases in the US. People...

Thousands of counterfeit 3M respirators have slipped past U.S. investigators in ...