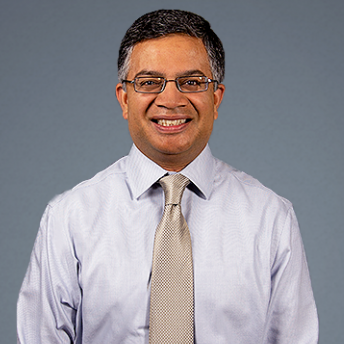 Long-term use of tubeless insulin pumps leads to improvement in hemoglobin A1C in adults with type 1 diabetes (T1D) who had previously used other insulin administration methods, according to new research.

The data showed patients who had previously used multiple daily injections (MDI) of insulin had the greatest improvement; those who previously used tubed continuous subcutaneous insulin infusion (CSII) devices had a small, but not statistically significant improvement in A1C after the switch.

Corresponding author Sanjeev Mehta, MD, MPH, and colleagues noted that although CSII has long been linked with better outcomes than traditional injections, uptake of the devices has been slow in the United States. An estimated 20-40% of US patients have made the switch, but Mehta and colleagues said the latest evidence suggests those numbers may be increasing.

The slow adoption of the technology by patients is notable because management of patients with diabetes has been a concern in the US and elsewhere. The investigators noted that among patients participating in the T1D Exchange Clinic Registry, just 1 in 5 (21%), had A1C levels of less than the 7.0%, the target recommended by the American Diabetes Association.

Mehta and colleagues wanted to better quantify the benefits that might come from adoption of tubeless CSII. The technology comes in the form of an adhesive pod that contains an insulin pump with automated cannula insertion.

The devices are waterproof and are paired with a wireless personal diabetes monitor (PDM) to help the patient monitor and control their insulin levels. The study used the Omnipod Insulin Management System, which is manufactured by Insulet Corp, one of the study’s sponsors.

Mehta and colleagues recruited 156 adult patients with T1D who had been using either tubed CSII or multiple daily injections (MDI) for diabetes maintenance. The majority of patients (63%) had used MDI prior to the switch. Patients were given a baseline A1C test just before or after their switch, and those data were compared with A1C measures after 12 months.

Among patients switching from MDI, the drop was -0.4% (from 8.2 to 7.8). The change was most notable for patients whose baseline A1C reading was 9% or higher. Those patients had a decrease of −1.2%. Those switching from tubed CSII to the tubeless version had a change of just 0.1%, which was not considered statistically significant.

After 12 months, 24% of patients switching to tubeless CSII had achieved the target of less than 7.0% A1C, compared to just 8% at the start of the study.

The study found switching to tubeless CSII had no significant effect on the weight of patients.

The study did not assess quality-of-life factors, but the authors said many patients may prefer the tubeless system based on its ease of use and the fact that it is waterproof, among other benefits.

“Future work could investigate patient preferences regarding the decision to elect transition from tubed pump therapy to tubeless pump therapy, for example, to improve their quality of life, and whether such expectations were met after the transition,” they said.

New findings show a stabilization or declining trend in the incidence of ...