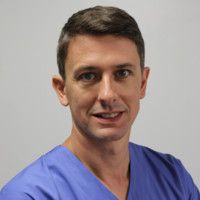 The goal of the Restrictive and Liberal Transfusion Strategies in Patients With Acute Myocardial Infarction (REALITY) study was to evaluate the optimal transfusion strategy in such patients, thus comparing both strategies to determine whether one was noninferior to the other.

Led by Gregory Ducrocq, MD, PhD, University of Paris, the investigative team designed and conducted an open-label, noninferiority, randomized trial among 35 hospitals in France and Spain.

They enrolled the first participant in 2016 and the last in 2019; final follow-up was collected in November 2019. Included participants presented with myocardial infarction and a hemoglobin level between 7-10 g/dL.

All patients (n = 668) were randomly assigned 1:1 to undergo a restrictive transfusion (defined as being trigged by hemoglobin ≤8 g/dL) or a liberation transfusion strategy (hemoglobin ≤ 10 g/dL).

Ducrocq and colleagues sought a primary outcome of MACE—evaluated by a composite of all-cause death, stroke, recurrent myocardial infarction, or emergency revascularization prompted by ischemia—at 30 days.

The secondary outcomes were the individual components of the primary outcomes.

Among those enrolled at trial outset, 666 patients completed the 30-day follow-up.

The investigators reported that all-cause death occurred in 5.6% of patients in the restrictive group and 7.7% in the liberal group. Recurrent myocardial infarction occurred in 2.1% versus 3.1%, respectively.

Similarly, emergency revascularization prompted by ischemia occurred in 1.5% in the restrictive cohort and 1.9% in the liberal cohort. Non-fatal ischemic stroke occurred in 0.6% of patients in both groups.

And finally, 11.7% and 11.1% of those treated with restrictive and liberal transfusions, respectively, experienced at least 1 adverse event—including acute kidney injury, acute heart failure, and a severe allergic reaction.

Implications of the REALITY Study

A restrictive transfusion approach could be advantageous due to a reduced consumption of notably scarce blood resource and reduced risk related to transfusions. Further, such a strategy may be cost-saving and logistically preferable.

Despite these findings, the investigators acknowledged that the margin used to determine noninferiority is a critical component of the analysis of these results.

“The noninferiority margin should also be justifiable on clinical grounds based on the estimate of what clinicians would find clinically acceptable as a potential loss of efficacy with an experimental strategy compared with an established strategy, given the benefits of the former,” Ducrocq and colleages wrote.

They suggested that clinicians use their own judgements when determining noninferiority thresholds.

The study, “Effect of a Restrictive vs Liberal Blood Transfusion Strategy on Major Cardiovascular Events Among Patients With Acute Myocardial Infarction and Anemia: The REALITY Randomized Clinical Trial,” was published online in JAMA.

What should nanny do next? The government and obesity

Obesity in the UK is on the up. Prevalence of obesity is higher in more deprived...