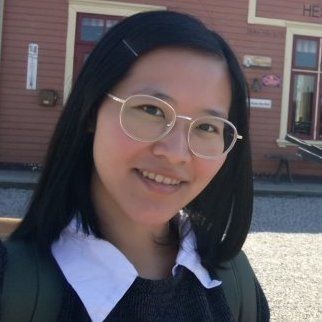 A new cohort study from an international team of investigators showed an association between PPI use among children and a 57% increased risk of asthma development, compared to those who never used the gut- and lung microbiome-altering therapy.

As the investigators—led by Yun-Han Wang, MSc, BPharm, of the Department of Medicine Solna at Karolinska Institute in Stockholm—wrote in their analysis, off-label and prolonged use with PPIs are fairly common practices, despite limited data showing their safety in children for conditions including gastroesophageal reflux disease (GERD).

“Emerging observational data, primarily derived from studies of drug use in pregnancy, indicate that exposure to PPIs may be associated with subsequent development of asthma,” investigators wrote. “Dysbiosis and disturbance of the human microbiome is known to provoke asthma flares, and PPIs have been reported to alter gut and lung microbiomes through inhibition of gastric acid secretion.”

To more concretely observe associations between pediatric PPI use and asthma development risk, Wang and colleagues conducted a nationwide cohort assessment of Sweden registry data from 2007-2016.

Included registry patients were children and adolescents 17 years or younger matched by age and propensity into 80,870 pairs of those initiated PPIs and those who did not. Investigators sought a primary outcome of incident asthma with a median follow-up to 3 years. Hazard ratios (HRs) were estimated via Cox proportional hazards regression.

Mean patient age was 12.9 years old, with nearly two-thirds (63%) of patients being girls. Patients initiating PPI more frequently had a history of multiple comorbidities, more access to healthcare resources, and were co-medicated with therapies including antibiotics (25.9%).

Investigators confirmed the association was consistent through all sensitivity analyses, including an as-treated assessment and high-dimensional propensity score matching.

The findings from Wang and colleagues complement just one other cohort assessment into this suggested association and provide, to their knowledge, the first full investigation into PPI use and pediatric asthma risk among a large, unselected nationwide population.

The team hypothesized that PPIs’ effect on symbiotic and pathological microbial species in the gut and lung could lead to asthma via hyperactivation of helper T2 cell-dominated immune responses, as well as inflammatory cytokine overproduction that drives airway inflammation.

“Given that the association between PPI use and risk of asthma was observed already within 90 days after PPI initiation, dysregulation of immunity would have to occur through a rapid change of the microbiome,” they wrote.

Another theory is that PPIs may directly damage lung tissue, based on their link to impaired endothelial function.

Regardless of the driving mechanism, investigators concluded PPIs were associated with increased pediatric asthma risk versus non-use of the therapy for gastrointestinal tract-related issues.

“Proton pump inhibitors should be prescribed to children only when clearly indicated, weighing the potential benefit against potential harm,” investigators wrote.

The study, “Association Between Proton Pump Inhibitor Use and Risk of Asthma in Children,” was published online in JAMA Pediatrics.

Findings from a new study reported that hepatitis B virus (HBV) and hepatitis C ...

A new study has reported on the global prevalence of hepatitis c virus (HCV) ...