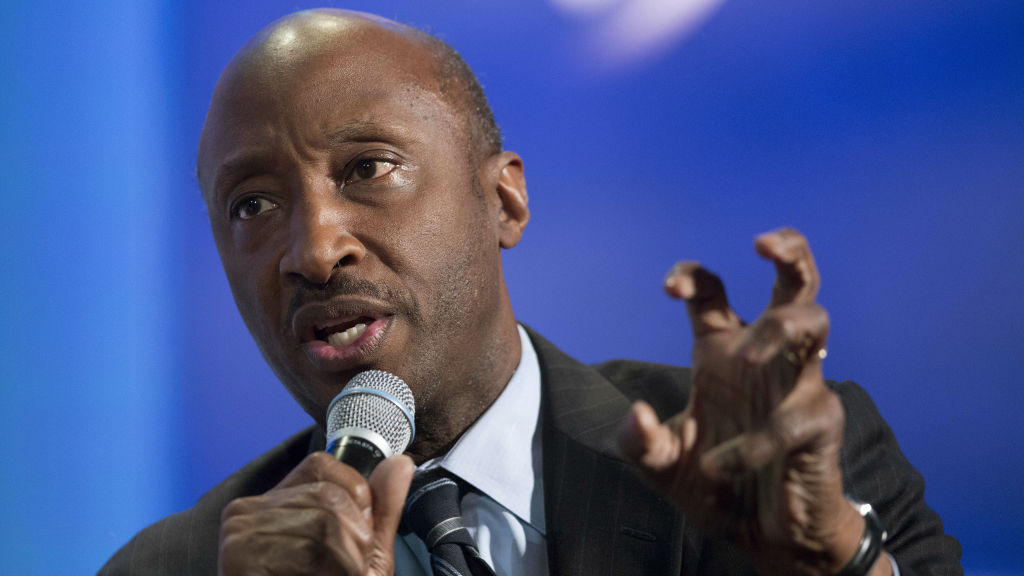 Kenneth Frazier is stepping down as the CEO of Merck, leaving a giant hole in the fabric of the pharmaceutical industry.

The decision, announced Thursday, has been telegraphed for more than a year, but is still a landmark moment. Frazier, 66, has done more than oversee the reanimation of one the most fabled U.S. drug makers; in recent years, he’s been the heart of the drug industry — a role perhaps epitomized by his decision in 2017 to resign from a White House advisory panel on manufacturing over President Donald Trump’s failure to denounce violence by white nationalist groups in Charlottesville, Va.

“As CEO of Merck and as a matter of personal conscience, I feel a responsibility to take a stand against intolerance and extremism,” Frazier stated, simply and clearly, at the time.

He’d later explain the decision to the Harvard Business Review: “I don’t believe it’s appropriate for me or any other CEO to wade into every political dispute,” Frazier said.  “That’s not what we’re here for. But I didn’t see this as a political issue. It’s an issue that goes to our fundamental values as a country. We aspire to be a rational, tolerant, hopefully enlightened collection of free people. We don’t all look the same. We don’t come from the same countries. What we share are the ideals that make the United States unique.”

Frazier, one of the only Black CEOs in the Fortune 500, will be replaced by Merck’s chief financial officer, Robert Davis, but will remain as the company’s executive chairman for an indeterminate period of time. That decision is probably aimed at quieting the nerves of investors who know from Merck’s history that a CEO change can have a big impact on a pharmaceutical company’s prospects.

In his four decades of association with Merck, Frazier has been a pivotal player in both the high points of the company’s existence — most markedly, its cancer drug Keytruda, which generated $14 billion in 2020 sales — and its low points, including his role in the controversy over the painkiller, Vioxx, which Merck pulled from the market in 2004 after one of its own studies confirmed critics’ contentions that the widely prescribed medicine increased the risk of heart attacks.

Frazier is the son of a janitor in Philadelphia. He’s credited desegregation efforts in that city with making a huge difference in his own life. He idolized Thurgood Marshall. But when he became a lawyer, it was at a corporate firm that worked with Merck. So, in 1978, he ended up on a case involving giant air-conditioning units, which, due to the craze toward conglomeration at the time, the company then owned. He was hired as the general counsel for Astra-Merck, the company’s joint venture that sold the ulcer medication Prilosec, in 1992.

He was an ardent admirer of Merck’s longtime CEO P. Roy Vagelos, a scientist who in 1987 made the decision to donate huge amounts of Mectizan, an antiparasitic, to treat a disease known as river blindness. Vagelos also pioneered the development of cholesterol medicines, which became the largest market in pharma, when other drug makers weren’t interested. In his remarks, Frazier would often conjure up this Merck, the valiant drug maker that was in it, in the words of founder George Merck, “for the people, not the profits.”

But perhaps the defining moment of his career was during the Vioxx episode, when Merck came to represent the very opposite of that ideal, as plaintiff’s lawyers accused the company of burying critical scientific data. Some Wall Street analysts thought the flood of cases would cost the company $50 billion. It was Frazier’s decision to fight every case that meant it cost more like $5 billion. That led to a rare promotion from general counsel to the head of the company’s pharmaceutical business and then, in 2011, to CEO.

The Merck Frazier inherited was not quite the one he’d fallen in love with. In the 2000s, the company’s all-important pipeline had gone fallow, with many much-touted projects failing. The company, which eschewed big mergers for years because they were bad for innovation, had recently done a mega-deal, buying rival Schering-Plough. Frazier visited Vagelos, a kind of pilgrimage. He also, in a pivotal move, reached out to a former Merck research executive, Roger Perlmutter, who had been heading R&D at Amgen. One of their pivotal discussions occurred at a jazz club in San Francisco.

Frazier and Perlmutter recognized they had a diamond in Keytruda. But it might not have happened at all. The drug was developed by a company that Schering-Plough bought before it bought Merck, and early on was not a priority. It’s said it was almost sold for a song. But Perlmutter told research executives that if they had an option of working on Keytruda or something else, they should work on Keytruda, prioritizing it over all else.

Their victory had as much to do with luck as science. Smart clinical trial design allowed Keytruda to reach the market before a rival, Opdivo, from Bristol Myers Squibb. But what really cemented Keytruda’s dominance was the failure of Opdivo in critical trials in non-small cell lung cancer, a gigantic market. That made Keytruda a juggernaut.

Davis and Perlmutter’s successor, Dean Li, now have giant shoes to fill. Both Frazier and Perlmutter are outsize personalities, and, though they have obviously been working to build a deep bench of talent beneath them, are likely to be seen as irreplaceable. Merck’s failure to develop a Covid-19 vaccine, despite its long history as one of the top vaccine makers, will likely add to investor doubts about what it can do beyond Keytruda. Merck executives have pointed to lots of progress in their own research, including other cancer drugs and new medicines for HIV. But it’s also a fact that, for quite a while, Keytruda is enough. It is a generation-defining pharmaceutical blockbuster.

But there is probably no CEO in the pharmaceutical industry that can take Frazier’s role — as a spokesman or as a symbol for medical innovation.

Amid a Raging Pandemic, The US Faces a Nursing Shortage. Can We Close The Gap?

Rayna M Letourneau, University of South Florida With a sharp increase in U.S. ...

The federal government has now invested about $6 billion in the Covid-19 vaccine...