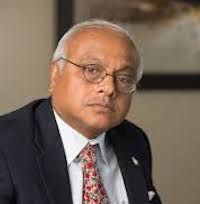 The combination of a polypill comprising statins, multiple blood-pressure-lowering drugs, and aspiring could reduce the overall risk of developing cardiovascular disease.

A team, led by Salim Yusuf, DPhil, MBBS, Population Health Research Institute, McMaster University and Hamilton Health Sciences, examined whether this combination therapy could result in a drop in cardiovascular deaths or severe outcomes when compared to a placebo.

The investigators sought primary outcomes for the polypill-alone and polypill-plus aspirin arms of the study was death from cardiovascular causes, myocardial infarction, stroke, resuscitated cardiac arrest, heart failure, or revascularization.

They also sought primary outcomes for the aspirin comparison of death from cardiovascular causes, myocardial infarction, or stroke.

There was a mean follow-up of 4.6 years.

The incidence of hypotension or dizziness was higher in groups that received the polypill than it was in their respective placebo groups.

“Combined treatment with a polypill plus aspirin led to a lower incidence of cardiovascular events than did placebo among participants without cardiovascular disease who were at intermediate cardiovascular risk,” the authors wrote.

In 2019, researchers from the PolyIran study found the polypill is effective at preventing major cardiovascular events.

The study, which followed more than 6000 participants for up to 60 months, found that use of a once-daily, fixed-dose polypill reduced the risk of major CV events in patients between the ages of 50-75 years old.

Investigators used 2 unique formulations of polypill during the study. Polypill 1 included 12.5 mg of hydrochlorothiazide, 81 mg of aspirin, 20 mg of atorvastatin, and 5 mg of enalapril. A second polypill was given to patients who developed cough during follow-up. Polypill 2 contained 40 mg valsartan instead of 5 mg enalapril.

The study, “Polypill with or without Aspirin in Persons without Cardiovascular Disease,” was published in The New England Journal of Medicine.

We were shocked to hear the sad news of a dear friend passing away, Dr Michael ...

Dr. Khan discusses some of the risk factors associated with CHD. There are very ...