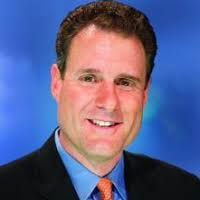 Methylphenidate could be a crucial treatment for adolescent patients with attention deficit/hyperactivity disorder (ADHD) in a delayed-release and extended-release formulation.

In research presented during the American Professional Society of ADHD and Related Disorders (APSARD) 2021 Annual Conference a team of investigators presented new data showing the treatment resulted in improvements in ADHD symptoms and early morning functional impairment for children between 6-12 years old with the disorder.

The researchers tested the treatment in a 20 or 40 mg per dose phase 3 trial involving 125 adolescent patients with a mean age of 9.4 years.

Over the course of the 6 week study, mean ADHD-Rating Scale-IV scores decreased from 42.5 at baseline to 11.00 at week 6, while Before School Functioning Questionnaire (BSFQ) scores improved after 1 week of treatment.

The researchers also found that the proportion of patients who achieved symptomatic and early morning functional impairment response and remission thresholds increased after each week of treatment.

When doses were titrated weekly, with the aim of control throughout the day, most patients achieved response and remission thresholds, with early morning and late afternoon/evening functional impairment found at the end of the six-week, treatment optimization period.

Although it was presented on a virtual platform due to the coronavirus 2019 ...

Investigators have observed a significant and direct link between pediatric ADHD...