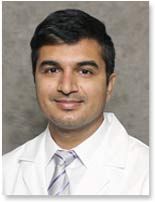 While viral myocarditis is common, it is not entirely understood what role the influenza virus plays in causing the rare, but deadly condition.

In addition, during the 2017-2018 influenza season, the US Centers for Disease Control and Prevention (CDC) estimated 959,000 hospitalizations and 79,400 deaths from influenza. During that same time period, 48.8 million people were infected with influenza and 22.7 million individuals sought healthcare.

Myocarditis is a condition in which the cardiac muscle is inflamed, often caused by viruses, bacteria, protozoans, toxins, autoimmunity, and hypersensitivity reactions. Viruses remain the most common cause of myocarditis, accounting for 50-70% of all cases.

There are a number of varied clinical presentations from influenza myocarditis, including fever, myalgia, palpitations, shortness of breath, and chest pain to hemodynamic instability and collapse.

The studies including in the review focused on myocarditis because of influenza involving both adults and pediatric patients with a clearly diagnosed influenza virus infection via culture or polymerase chain reaction (PCR), serology, or other methods regardless of influenza viral subtype.

Overall, influenza A was the most common influenza virus-type associated with the highest cardiovascular morbidity and mortality among the other influenza viral types, including all outbreaks, epidemics, and pandemics.

The researchers also found that the H1N1 strains of influenza A were the most common encounter, followed by H3N2, H5N1, H7N9, and H2N2.

In addition, influenza B accounts for about 30-40% of all influenza-related admissions and deaths, particularly in individuals younger than 18 in the Asia-Pacific area. They also found that while less prominent overall, influenza C is more common in children under 6 and shows significantly more upper respiratory symptoms than the other 2 subtypes.

In addition, endomyocardial biopsy has variable sensitivity due to the chances of missing the involved site and the risk-benefit ratio of performing EMB being high. Rapid diagnostic tests and rapid antigen tests can be specific, but because of antigen changes, their sensitivity can be a limiting factor.

“Thus, we can come to the conclusion that clinic correlation is very important in influenza patients to diagnose influenza myocarditis,” the authors wrote. “High clinical suspicion, especially in times of pandemic and the flu season, followed by early diagnosis and treatment can save lives.”

The study, “Influenza Myocarditis: A Literature Review,” was published online in Cureus.

The AI-based technology is expected to augment telehealth and remote services ...