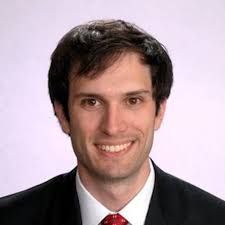 While smoking is linked to atherosclerotic cardiovascular disease (ASCVD), the relative contribution to each subtype is not entirely understood.

The investigators sought main outcomes of risk, defined as odds ratios (OR) of CAD, PAD, and large-artery stroke.

The researchers used 2 measures for smoking throughout the study—lifetime smoking index and smoking initiation. The primary measure of smoking was lifetime smoking index, which was previously validated continuous measure that accounts for self-reported smoking status, age at initiation, age at cessation, number of cigarettes smoked per day, and a simulated half-life constant that captures the decreasing effect of smoking on health outcomes following a given exposure.

Link Between ASCV and Smoking

The link between genetic liability to smoking and atherosclerotic cardiovascular diseases was independent from the effects of smoking on traditional cardiovascular risk factors.

The Dangers of Smoking

Smoking also had independent effects on inflammation, endothelial function, and platelet aggregation, but it is unknown whether the effect of smoking on atherosclerotic cardiovascular disease is primarily mediated through correlated alterations of traditional cardiovascular risk factors or operates through independent mechanisms.

While the detrimental effects of smoking could persist for decades, clarifying the basis of the smoking-atherosclerosis relationship might enable more targeted risk-reduction strategies among both current and former smokers.

The study, “Genetics of Smoking and Risk of Atherosclerotic Cardiovascular Diseases,” was published online in JAMA Network Open.

High-density lipoprotein (HDL) anti-inflammatory capacity could be a new marker ...

When Blades broke my heart

Takotsubo cardiomyopathy (TCM) was first described about 30 years ago. It has ...