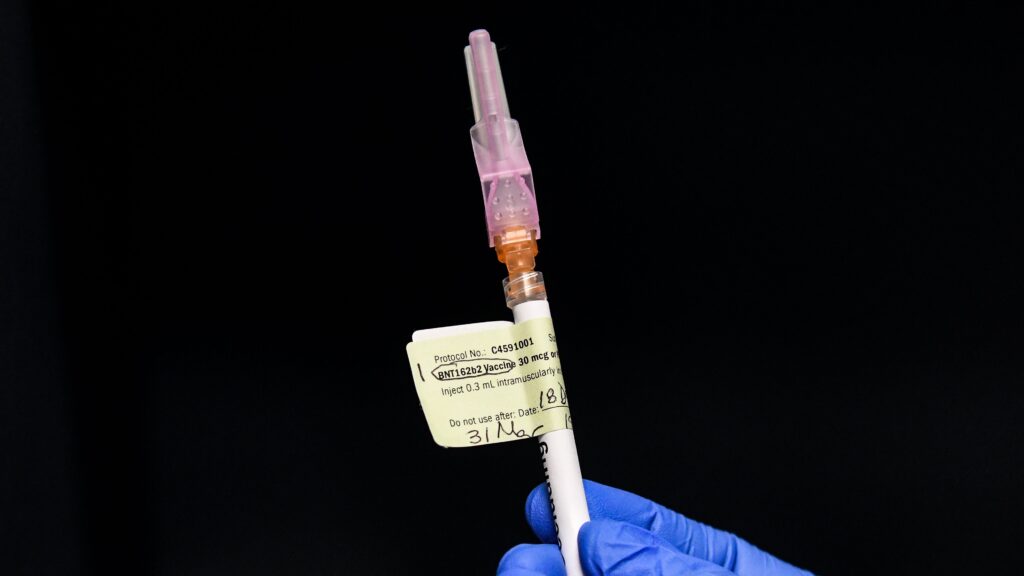 The Covid-19 vaccine from Pfizer-BioNTech appears to work just as well against a fast-spreading variant of the coronavirus first identified in the United Kingdom as it does against earlier forms of the pathogen, the companies reported in a study Wednesday.

The paper from company scientists, which has not yet been peer-reviewed, is a welcome signal that existing vaccines don’t seem to be weakened by the variant in question, dubbed B.1.1.7. Already, scientists had tested the Pfizer vaccine against one of the key mutations in the variant and found the immunization’s neutralization power was not affected.

Scientists are also testing vaccines against other variants of concern, which contain different mutations that in lab experiments have shown they can, to some extent, help the virus evade existing antibodies that recognize and target the virus. These mutations appear in variants first seen in South Africa and Brazil, which also look to be more transmissible than earlier iterations of the SARS-CoV-2 virus. The variants in South Africa and Brazil have raised concerns that they can more easily reinfect people who have already recovered from Covid-19 and have antibodies against the virus, though more studies — including whether there’s some impact on how well vaccines work — are ongoing.

In the new study, researchers engineered what are called pseudoviruses (these are more practical to work with in lab experiments than actual live specimens of dangerous viruses like SARS-2) to have the full suite of mutations as B.1.1.7. They then tested blood taken from 16 people who had received the vaccine against the variant, and found it could neutralize the variant as well as it could an earlier form of the virus. “These data … make it unlikely that the B.1.1.7 lineage will escape” protection from the vaccine, the researchers wrote.

Experts say it’s possible some of the new variants may not respond as well to existing vaccines as other forms of the virus. But they stress that the vaccines generate incredibly robust immune responses, so they can withstand some drop in their potency without losing their ability to protect people against Covid-19.

“The efficacy of the vaccine is so good and so high that we have a little bit of a cushion,” Rochelle Walensky, the incoming director of the Centers for Disease Control and Prevention for the Biden administration, said Tuesday in an interview with the editor of JAMA.

Eventually, it’s expected the virus could pick up enough significant mutations that vaccine makers will need to update their immunizations, a process that experts say would likely take a matter of weeks to months, not years.

The Biden administration is pushing lawmakers to boost funding for public ...

NHS Trial Will Give Out Free E-Cigarettes To Smokers

Smokers who arrive in certain emergency departments will be given free ...