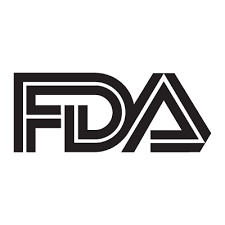 The US Food and Drug Administration (FDA) has approved vericiguat (VERQUVO) for the reduced risk of cardiovascular death and heart failure hospitalization in patients who have received particular care for heart failure (HF).

The indication marks the Merck therapy as the first granted for chronic heart failure patients who have been either hospitalized or need outpatient intravenous (IV) diuretics.

When bound to nitric oxide, sGC catalyzes intracellular cyclic guanosine monophosphate (cGMP), which is involved in the regulation of vascular tone, cardiac contractility, and cardiac remodeling. HF has been linked to impaired synthesis of nitric oxide and therefore decreased sGC, which could contribute to myocardial and vascular dysfunction.

Merck investigators indicate that by stimulating sGC with vericiguat, regardless of nitric oxide status, the therapy can improve levels of cGMP, and provide patients with smooth muscle relaxation and vasodilation.

As stressed by phase 3 VICTORIA trial author Paul W. Armstrong, MD, Distinguished University Professor in the Department of Medicine at University of Alberta, in an interview with HCPLive®, vericiguat is a novel compound that provides a fairly unique avenue of HF treatment.

“A new compound, a new pathway, and an unmet need in a high-risk population was where we were headed,” Armstrong said.

The target maintenance dose of 10 mg once daily was increased from a 2.5 mg initial dose, raised in two-week intervals to 5 mg then 10 mg.

Armstrong and colleagues sought a primary endpoint of composite time to first event of cardiovascular death or hospitalization from HF.

Study participants were a mean age of 67 years old, with 76% being male and 64% being White. Mean LVEF was 29%, and about two-thirds of participants were enrolled within 3 months of a HF hospitalization index event. Median NT-pro B-type natriueritc peptide (NT-proBNP) levels were 2700 pg/mL at randomization.

At a median follow-up of 11 months, vericiguat was observed to be superior to placebo in reduced event risk based on time-to-event analysis. At approximately the same time period, 90% of patients in both treatment arms were treated with the 10 mg target maintenance dose.

Investigators observed an adverse event profile for vericiguat which was similar to placebo. Common adverse reactions to occur more frequently with the therapy included hypotension (16% of patients) and anemia (10%).

Maximum duration of vericiguat care via the VICTORIA trial was 2.6 years.

In his interview with HCPLive at the time of VICTORIA phase 3 findings being presented at the American College of Cardiology (ACC) 2020 Virtual Sessions last year, Armstrong expressed hope that vericiguat would be the first therapy to “open a new pathway” of care for patients with chronic HF.

“We’re hopeful this would add value to the compection of heart failure treatment,” he said.

When considering its role in chronic HF prescribing, Armstrong stressed the significant rate of VICTORIA patients already on ACE inhibitors, ARBs, or with cardiac devices—who nonetheless were struggling to reduce risk of HF events. A proven, once-daily oral tablet contributes well to this burdened population.

“When you look epidemiologically, about 1 in 4 patients each year in the chronic HF population may qualify for this,” Armstrong said. “We’ve made a lot of strides in the advancement of heart failure, but seeing these patients at higher risk come through the gate, I think there is a need for something new. Vericiguat fits that bill.”

New secondary findings from the TWILIGHT trial, presented at the American ...

If the COVID-19 pandemic has caused a lost year of healthcare for chronic ...