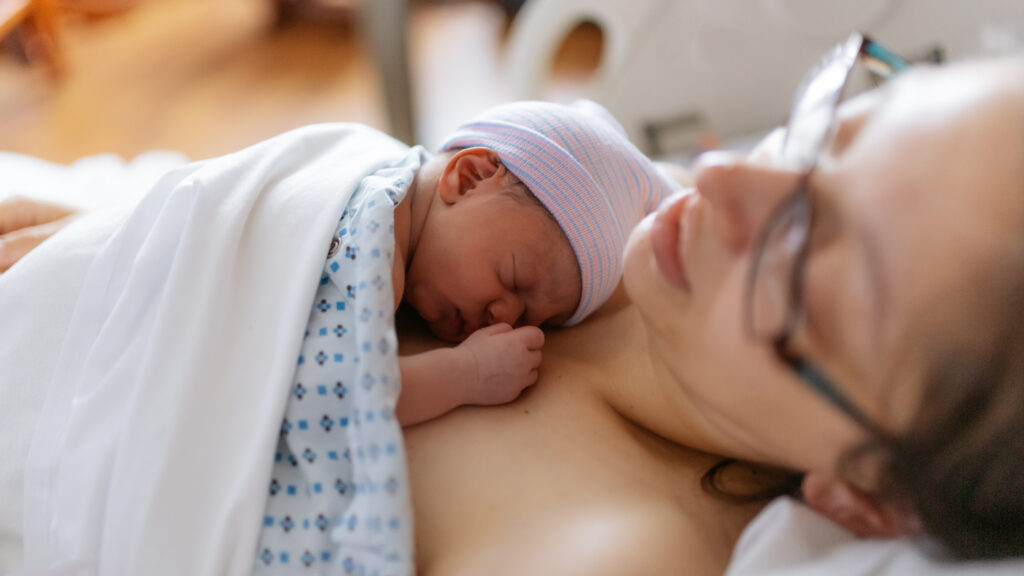 Maggie Anthony didn’t have much time to deliberate before getting her Covid-19 vaccine. A labor and delivery nurse at Cambridge Hospital in Massachusetts, she suddenly heard from her manager that shots would be available the next day. But with an 8-month-old breastfeeding baby at home, she wasn’t sure whether to accept. Those who are pregnant and lactating haven’t been included in clinical trials for the Covid vaccines, so there’s no data on the vaccines’ safety for these groups.

At first, Anthony thought she would decline. She knew that in the United Kingdom, the National Health Service had said people who are pregnant and breastfeeding shouldn’t be vaccinated. The Food and Drug Administration simply advises, “If you are pregnant or breastfeeding, discuss your options with your healthcare provider.” But Anthony had another factor to consider: She regularly cares for Covid-positive women. “During labor, in the operating room, in their faces — there is no distance,” she said. “So I know that I am definitely exposed.”

When the day came, she got her shot. What helped make up her mind, Anthony said, was to consider pregnancy and breastfeeding separately. In her view, it was “kind of impossible to imagine a way” in which the fragile mRNA in the vaccine could reach or affect her nursing baby. If she were still pregnant, with a baby sharing her blood through her placenta, she would have felt more nervous. “It’s certainly a completely different scenario in my mind,” she said.

Government guidelines and news headlines alike have grouped those who are breastfeeding and pregnant together when talking about Covid vaccine safety. But as people try to make their own decisions without safety data, it might help to acknowledge that getting vaccinated during pregnancy and lactation carry different theoretical risks — and potential benefits.

Christina Chambers, a perinatal epidemiologist and professor of pediatrics at the University of California, San Diego, said it’s never a good idea to lump together pregnancy and breastfeeding when asking whether something is harmful. Some drugs that are risky in pregnancy are also avoided by people who are breastfeeding, even when they’re perfectly safe for a nursing baby.

Chambers said vaccines in general, especially those like the Covid vaccines that contain no live virus, are unlikely to harm a fetus or a nursing baby. “But they do raise some kind of different issues” in those who are pregnant or breastfeeding, she added.

Some of those issues pertain to the way vaccines work in general — by causing an immune response. Could triggering an immune response during the first weeks of pregnancy increase the risk of miscarriage? If they have an anaphylactic reaction or a high fever in response to the shot, could it affect the baby in any way? These are the kinds of questions that researchers will try to answer in future clinical trials.

Yet with breastfeeding, those concerns don’t apply. The main question is whether a dangerous amount of a substance gets filtered into a mother’s milk. For most drugs, Chambers said, “There’s so little that gets to the baby that there’s really very little theoretical risk.”

Even if a drug or vaccine does end up in breastmilk, its journey into the baby isn’t done. “Anything that goes through breastmilk also then has to go through a gut,” said Helen Hare, a junior doctor in acute medicine in Edinburgh, Scotland. Hare co-authored a BMJ opinion piece called “Healthcare workers who breastfeed should be offered the covid-19 vaccine.” The delicate mRNA molecules in the Pfizer or Moderna vaccines, if they made it into the milk, would next land in a baby’s stomach acid.

“If this vaccine worked by the oral route, we would not be having injections,” Hare said.

The Academy of Breastfeeding Medicine made the same point in a Dec. 14 statement. “During lactation, it is unlikely that the vaccine lipid would enter the blood stream and reach breast tissue,” the authors wrote. “If it does, it is even less likely that either the intact nanoparticle or mRNA transfer into milk. In the unlikely event that mRNA is present in milk, it would be expected to be digested by the child and would be unlikely to have any biological effects.”

With no clinical trial data on the issue, it’s impossible for any organization or expert to say with absolute certainty that there are no risks.

But even the World Health Organization suggests a less cautious approach in breastfeeding than in pregnancy. For pregnant people, the WHO recommends not getting the Pfizer vaccine “unless the benefit of vaccinating a pregnant woman outweighs the potential vaccine risks,” such as for health care workers at high risk of exposure. But since the vaccine is “biologically and clinically unlikely to pose a risk to the breastfeeding child,” those who are lactating should be offered their shots just like anyone else.

While the Academy of Breastfeeding Medicine says the vaccines pose “little plausible risk” for a child who is nursing, it also says there is a “biologically plausible benefit.”

After the vaccine triggers the mother’s immune system to make antibodies against SARS-CoV-2, the virus that causes Covid-19, those molecules may pass into the breastmilk. Babies routinely get temporary disease protection from their mothers in this way. Researchers have already found Covid antibodies in the breastmilk of previously infected women, though they don’t know yet how much protection these antibodies give babies.

At UCSD, Chambers is working on studies of how Covid infection, and vaccines, affect mothers and babies during pregnancy and beyond. Women are also supplying milk samples that researchers will test for antibodies. (In an earlier paper, Chambers and co-authors found no live virus in the breastmilk of infected women.) Antibodies may also pass to the fetus of a person who’s vaccinated while pregnant, Chambers said.

During the first round of Covid vaccinations in the U.K., women didn’t have the chance to weigh those factors for themselves. If they were pregnant, breastfeeding, or planning to become pregnant, they couldn’t get the shot.

In their opinion piece, Hare and co-author Kate Womersley, an academic junior doctor in Edinburgh and research associate at the George Institute for Global Health, wrote that “no plausible biological mechanism for how an inactivated, recombinant vaccine would cause harm to a breastfed baby has been proposed.” Yet the U.K. policy was forcing frontline health care workers into an impossible choice: They could forgo vaccination, wean their children before they were ready, or lie.

Then on Dec. 30, government press releases about the authorization of a second vaccine in the U.K. mentioned — almost in passing — that the guidelines had changed. Those who are breastfeeding or pregnant were no longer ineligible for a shot.

Womersley said it’s “disappointing” that there wasn’t a clearer announcement about the new guidelines. She and Hare have heard anecdotally of women being refused vaccines even after the change. Unclear communication about the vaccines does a disservice to women, Womersley said, by undermining public confidence.

Hare agreed that there should be better communication about the vaccines, including acknowledging that pregnancy and breastfeeding are two different things. “I think it helps engender faith in the guidelines that the actual situation’s being considered,” she said.

Those who are pregnant and breastfeeding also have different risk factors from Covid itself to consider, Womersley added — Covid is thought to be especially risky in pregnancy. “We should tailor the conversation differently for breastfeeding and pregnancy because the benefits and risks are different,” she said.

“I don’t think it helps either group to lump them together like this,” Womersley said. “The only thing that actually unifies those two groups is that they are routinely discriminated against and excluded from trials.”

The US Food and Drug Administration (FDA) approved the new ...

Is your local lawmaker flush with pharma cash? How does racism in medicine loom ...