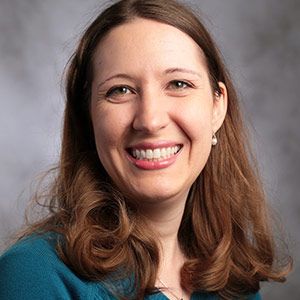 Investigators have observed a significant and direct link between pediatric ADHD and a likelihood of alcohol problems at adulthood.

In new data presented at The American Professional Society of ADHD and Related Disorders (APSARD) 2021 Annual Conference this weekend, a team of US-based investigators report an evolved understanding of developmental-based alcohol problem risks among young patients with ADHD—one which may better inform preventive intervention that would limit alcoholism and other substance abuse into such a patients’ 30s and beyond.

Presented by study author Christine Walther, PhD, of the University of Houston-Clear Lake, the trial was driven by participant- and guardian-reported metrics of ADHD symptoms, education marks, delinquency, social impairment, and alcohol use. All trial participants came from the Pittsburgh ADHD Longitudinal Study, who were interviewed at 3 age-based intervals between 14 and 30.

Past studies have described the mediational pathways in which ADHD symptom persistence, delinquency, and social and academic impairment partially explain the increased risk of substance abuse with pediatric ADHD—with stronger links observed between adolescents with low parental knowledge about their daily activities.

But such research has not expanded to observe risks as patients progress into young adulthood and their 30s.

“This study investigated the extent to which adolescent and young adult mediators continued to account for ADHD-related risk for problematic alcohol use at age 30 and whether the associations differed as a function of parental knowledge in adolescence,” they wrote.

The team tested adolescent-reported parent knowledge as a moderator of each of the mediated pathways, with adjustments for race, gender, age 17 alcohol use, parent psychopathology, and childhood socioeconomic status.

Walther and colleagues reported a significant association between childhood ADHD and alcohol problem likelihood in adulthood, in assessment of the model with adolescent and young adult delinquency as mediators (P <.05).

“These findings suggest that factors explaining ADHD-related risk of alcohol problems appear to shift developmentally,” Walther and colleagues wrote. “In addition, parental knowledge effects in adolescence do not appear to transcend the transition to adulthood.”

The new findings could have significant implication for developing preventive measures of care designed to decrease adulthood drinking risks, such as programs designed to improve social skills for patients with ADHD.

The study, “Problematic Alcohol Use in Adulthood as a Function of Childhood ADHD, Adolescent and Young Adult Impairment, and Parental Knowledge During Adolescence,” was presented at APSARD 2021.

Weighing the ethics of paternalism and autonomy

The COVID-19 pandemic has impacted exercise in a number of ways. Gyms closed, ...