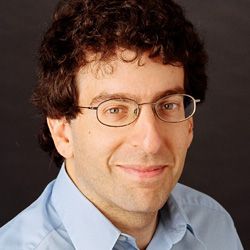 Women who have diabetes prior to becoming pregnant can lower their risk of complications if they are able to lower hemoglobin A1c (HbA1c) levels in the first half of pregnancy, according to new research.

Corresponding author Joel G. Ray, MD, MSc, of St. Michael’s Hospital at the University of Toronto, and colleagues, explained that women who have high HbA1c levels prior to becoming pregnant face a higher risk of severe maternal mortality, and their infants face a higher risk of congenital anomalies such as cardiac malformations and even death.

The team designed a population-based study using a number of data sets and registries from Ontario, where health insurance coverage is universal. The 3459 births included in the study took place between 2007-2018 to mothers who had pre-pregnancy diabetes and who had HbA1c measurements within 90 days before conception and again within the first 21 weeks following conception. The main outcome was congenital abnormality within the first year from birth; secondary outcomes included preterm birth or perinatal mortality for the infants, and severe maternal morbidity for the mothers.

Overall, HbA1c levels decreased from 7.2% preconception to 6.4% in early or mid-pregnancy in the cohort. A total of 497 pregnancies (14.4%) resulted in congenital anomalies, and the authors calculated an adjusted relative risk (aRR) of 0.94. aRRs were based on the decrease in risk per each 0.5% net decrease in HbA1c. The results showed an aRR of infant cardiac anomalies of 0.89, a preterm birth aRR of 0.89, and a severe maternal mortality or death aRR of 0.90.

Put another way, women who had a 2.0% absolute net drop in HbA1c from before their pregnancy to mid-pregnancy had an absolute risk of an infant congenital anomaly of 12.0%, versus 15.6% among women who achieved no decrease in HbA1c.

“These results emphasize the importance of improved glycemic control prior to, and soon after, conception,” Ray and colleagues wrote.

The benefits were most pronounced in women whose preconception HbA1c was equal to or greater than 6.4%, and the authors said it is possible the benefit may disappear once a certain low HbA1c threshold is reached.

Ray and colleagues said their large data set and the universal nature of the Canadian health system added strength to their findings. However, they said there are also a number of possible confounding factors that the authors were unable to fully account for in the study, such as early abortions or miscarriages, deficiencies in vitamin B12 or iron, and maternal obesity.

Nonetheless, the investigators said that given the relatively high rate of unplanned pregnancies in both the US and Canada (nearly half of all pregnancies in each country), these data suggest that swift action to control HbA1c post-conception can still make an important impact on patient risk profiles. And they said meaningful strategies already exist to improve glycemic control.

“HbA1c reduction can be achieved by lifestyle changes and access to glucose lowering medications, both of which are mediated by improved access to health care, pregnancy planning information, and advocacy,” they concluded.

The study, “Association of Improved Periconception Hemoglobin A1c With Pregnancy Outcomes in Women With Diabetes,” was published online in JAMA Network Open.