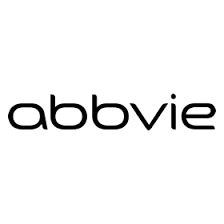 Data from 2 phase 3 induction studies of risankizumab (SKYRIZI) demonstrate that the interleukin-23 (IL-23) inhibitor can lead to clinical improvements in patients with moderate to severe Crohn’s disease. These findings were published by AbbVie.

The 2 studies — ADVANCE and MOTIVATE — showed that both doses of risankizumab (600 mg and 1200 mg) met both primary endpoints of clinical remission and endoscopic response. The investigators measured clinical remission by Crohn’s Disease Activity Index (CDAI) and two-component patient-reported outcome (PRO-2).

The data also reported that significant clinical and endoscopic outcomes were observed in regard to key secondary endpoints. Furthermore, symptom improvement was observed as early as week 4.

“Helping patients achieve both clinical remission and endoscopic response early is paramount when treating Crohn’s disease,” said Remo Panaccione, MD, professor of medicine and director of the IBD unit, University of Calgary, in a statement.

“It was exciting to see that a significant proportion of patients treated with risankizumab achieved both measures after 12 weeks of treatment, as well as achieving symptom improvement at week 4. These data are encouraging as we continue to evaluate the potential of risankizumab in Crohn’s disease.”

The overall safety profile of the IL-23 inhibitor was consistent with previous findings, and there were no new safety risks observed.

More than 10% of patients that undergo proctocolectomy may experience a ...

As part of the TARGET-NASH study, researchers find 18% of NAFLD patients are ...