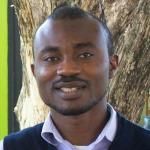 Findings from a new study suggest that sickle cell trait may not increase the risk of myocardial infarction or coronary heart disease.

As such, the investigators indicated there was no association between these cardiovascular conditions and sickle cell-related sudden death.

“The burden of cardiovascular disease in general and coronary heart disease in particular is disproportionately high among African American individuals, resulting in a substantial health disparity,” they noted.

In all 5 trials, sickle cell trait status was determined by either direct genotyping or high-quality imputation of rs334.

Hyacinth and colleagues excluded from their analysis those with sickle cell disease as well as those with a history of coronary heart disease.

Thus, they evaluated a total of 23,197 African American—29.8% of which were men. Furthermore, 1781 were determined to have the sickle cell trait.

Overall, a total of 1034 participants—76 with the sickle cell trait—had incident myocardial infarction.

“Our study is, to our knowledge, the largest to examine the association between sickle cell trait and incidence of and coronary heart disease and, as such, adds to the current literature,” Hyacinth and team wrote.

“The findings may provide useful information leading to a closer examination and a more thorough workup for a patient with sickle cell trait who presents with a coronary heart disease symptom.”

They noted that a few of the limitations included the inability to account for the modifying effect of other genetic factors, such as alpha-thalassemia.

Furthermore, their study was not well-powered enough to stratify analysis by sex differences and the individual components of the coronary heart disease outcomes.

Clinicians do not entirely know the association between transient ischemic ...