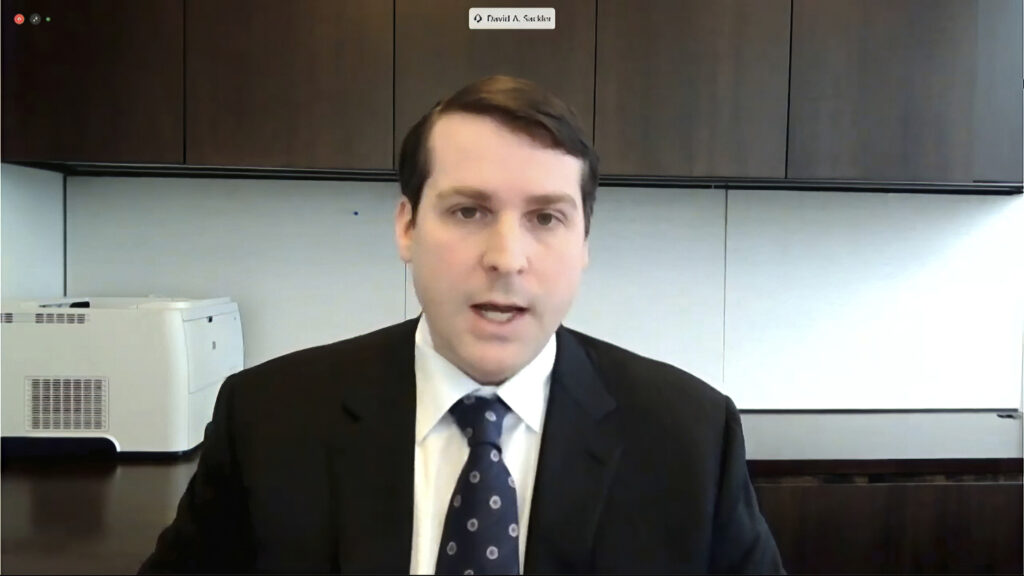 In a first-of-its-kind appearance on Capitol Hill, two members of the Sackler family that controls Purdue Pharma apologized for the suffering caused by the opioid crisis but otherwise denied wrongdoing and failed to accept personal responsibility for their company’s role in it.

Mostly, the session before the House Committee on Government Oversight and Reform gave lawmakers the chance to angrily chastise Kathe Sackler and David Sackler, who were threatened with subpoenas after they first declined to testify. Also appearing was Craig Landau, the chief executive officer at Purdue, which gained notoriety for its marketing of the OxyContin painkiller.

In their opening remarks, the Sacklers were mostly contrite, but deflected blame for years in which the drug maker downplayed the risks of addiction while wooing doctors to heavily prescribe the pill. Often, they deflected criticism by maintaining that Purdue management oversaw strategy, even though internal documents have revealed some Sackler family members dominated the board and decision making.

When asked if she would apologize personally for the opioid crisis, Kathe Sackler said: “I have struggled with that question. I’ve tried to figure out, is there anything I could have done differently, knowing what I knew then and what I know now? But there is nothing I can find I would have done differently based on what I learned and understood then from management and from my colleagues on the board.”

Such statements, though, were red meat for some of the lawmakers, who angrily charged that the Sacklers treated Purdue as a piggy bank by withdrawing more than $10 billion over a 10-year period through 2018. Committee chair Carolyn Maloney, for instance, argued the funds should be “clawed back” and used to compensate Americans for the cost and suffering associated with OxyContin marketing.

After Purdue paid a $634 million settlement with the Department of Justice in 2007 for wayward business practices, the Sacklers “doubled down … and took the settlement as a signal to take even more money out of Purdue,” she said, noting family members withdrew a fraction before that settlement. “All so they could prevent the money from going to victims and the sufferers of this crisis.”

Although there was little in the way of a mea culpa, the hearing provided lawmakers with an opportunity to vent their anger. “Watching you testify makes my blood boil. I’m not sure I’m aware of any family in America that’s more evil than yours,” said Jim Cooper (D-Tenn.), after David Sackler, a Purdue board member from 2012 to 2018, blamed nameless individuals in the company.

For the past several years, lawsuits and public humiliation have targeted the Sacklers, who saw the family name removed from various universities and museums where they had donated large sums of money. A private clan that operated out of the public eye for many years, the Sackler name gradually became synonymous with the opioid crisis itself.

Meanwhile, more than 2,000 lawsuits were filed by state, county, and city governments and Native American tribes seeking compensation for the cost of dealing with soaring addiction and death. Last year, Purdue filed for bankruptcy and, several weeks ago, agreed to pay $8.3 billion and pleaded guilty to three felony criminal charges and settle civil charges, as well.

Although the settlement includes a $225 million payment by Sackler family members to cover civil charges, criminal charges were not brought against any individuals connected to the drug maker, which prompted still more outrage. For their part, federal authorities have maintained that a criminal probe is ongoing.

Despite public protests and courtroom trials, though, none of the Sacklers involved with Purdue have ever before appeared publicly to address the anger and criticism, which made the congressional hearing something of a watershed in the ongoing saga. Even so, the Sackler family members appeared to use the moment to their advantage.

For instance, Kathe Sackler, a former Purdue vice president, who sat on the board from 1990 to 2018, mostly appeared distant and hazy. Often, the 72-year-old responded to questions by saying she could not recall certain documents referred to by lawmakers, although she snapped to attention when correcting one committee member who said Sackler family members recently pleaded guilty.

David Sackler, meanwhile, appeared polite and earnest, even as he repeatedly tried to shift blame. “I echo much of what my cousin said. I will say to the American people I am deeply and profoundly sorry that OxyContin played a role in any addiction and death. I believe I conducted myself legally and ethically and I believe the full record will demonstrate that. I still feel terribly that a product we created has been associated with death and addiction.”

The hearing occurred as Purdue attempts to fashion a bankruptcy reorganization, which itself has become controversial. In particular, two dozen state attorneys general are objecting to a plan to transform Purdue into a public benefit company, which would be run on behalf of the numerous communities that have pursued the drug maker for compensation for the cost of the opioid crisis.

The proceedings are being closely watched for several reasons. Notably, though, as the Justice Department stated in the plea agreement, if the bankruptcy court does not confirm a reorganization plan that allows Purdue to emerge as a public benefit company or an “entity with a similar mission,” Purdue and the federal government each have the option to rescind the agreement.

As part of a proposal, some members of the Sackler family have offered a $3 billion settlement in hopes the bankruptcy court will impose a global settlement to end the sprawling litigation, and also provide family members with immunity.

MedTech Innovator is a medical technology accelerator program that supports ...

Moderna announced recently that the company expects to have about 20 million ...