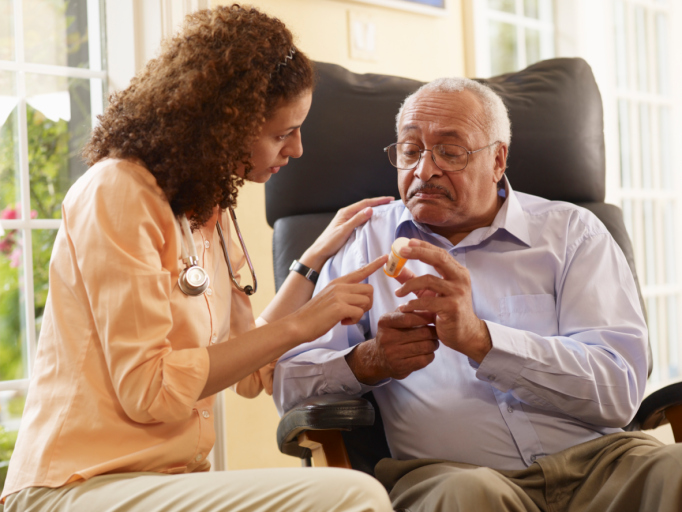 Allopurinol did not slow decline in estimated glomerular filtration rate (eGFR) over 2 years in patients with chronic kidney disease (CKD) at risk for progression in the CKD-FIX trial. Now post hoc analyses further show that allopurinol is not protective in patients with initially normal uric acid levels or in patients with stage 3 vs 4 CKD, investigators reported at the American Society of Nephrology’s Kidney Week 2020 Reimagined virtual conference.

In the CKD-FIX trial, 369 patients with stage 3 or 4 CKD without history of gout and either urinary albumin-to-creatinine ratio of 265 mg/g or more or an eGFR decline of at least 3.0 mL/min/1.73 m2 in the preceding year were randomly assigned to allopurinol or placebo.

In their post hoc analyses, Anushree Tiku, MB, BS, of George Institute for Global Health in Sydney, New South Wales, Australia, and colleagues stratified patients according to baseline serum urate level1 and, separately, CKD stage.2 Hyperuricemia was defined as serum urate greater than 6 mg/dL in women and 7 mg/dL in men.

The investigators found no significant differences in eGFR decline between the allopurinol and placebo groups among patients with normouricemia or hyperuricemia at baseline. Results were consistent in analyses using tertiles of baseline serum urate. Rates of eGFR decline also did not differ significantly between treated and untreated patients with stage 3 vs stage 4 CKD.

In patients at risk for CKD progression, the effect of allopurinol on eGFR decline was not modified by baseline kidney function or uric acid levels, Dr Tiku’s team concluded.

Tiku A, Pascoe E, Boudville N, et al. The effects of allopurinol on the progression of CKD according to baseline kidney function: prespecified analyses of the CKD-FIX trial. Presented at: Kidney Week 2020 Reimagined, October 19-25, 2020. Poster PO0587.

(HealthDay News) — Patients with large polycystic kidneys can have their ...