Psychosis is specifically characterized by an impaired and distorted relationship with reality. It is a symptom of some serious mental illnesses. People who are experiencing psychosis do have encounters with hallucinations or delusions.

Hallucinations are those exemplary sensory experiences that do occur in the absence of an actual stimulus. For example, individuals having an auditory hallucination may hear their mother yelling at them when their mother is not around. Or someone having a visual hallucination may see something, like a person in front of them, who is not there.

The person experiencing psychosis may also have specific thoughts that are contrary or in conflict with reality. These thoughts may also have some level of paranoia and hence are known as delusions. Some people with psychosis do experience loss of motivation and even social withdrawal.

These experiences can be very frightening. They do cause people who are experiencing psychosis to hurt themselves or even others.

It is recommended to see a doctor immediately if you or someone you know is experiencing the symptoms of psychosis.

They need to go to the hospital if you think they are experiencing very distressing psychotic symptoms.

What are the Symptoms of Pyschosis?

Symptoms of psychosis include: 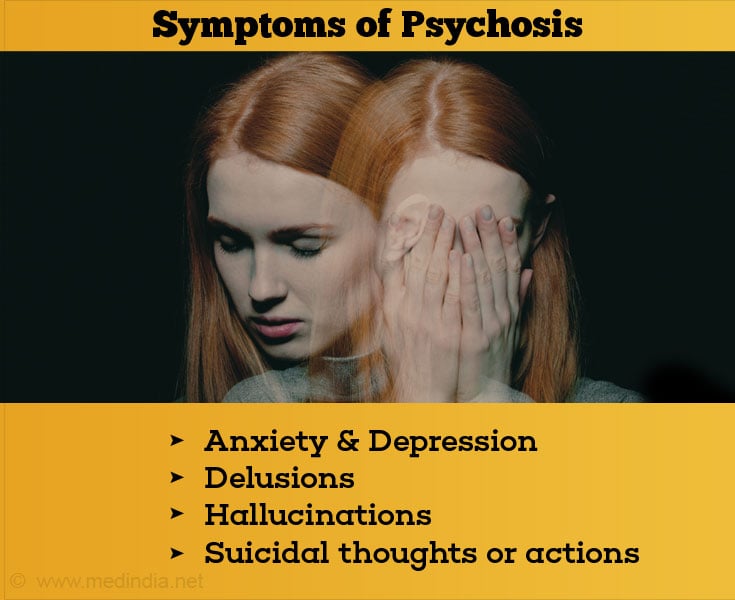 What are the Causes of Psychosis?

Each case of psychosis is different, and the exact cause is not always clear. There are certain illnesses that do cause psychosis. Some triggers like after use of a drug, due to lack of sleep, and even some environmental factors.

In addition, certain situations can even lead to specific types of psychosis and maybe an early symptom of such conditions that are developing. Illnesses that can cause psychosis often include brain diseases such as Parkinson’s disease, Huntington’s disease, some type of chromosomal disorders, and brain tumours or cysts in the brain.


Other causes of psychosis include –

Certain types of dementia may result in psychosis, such as that caused by:

How Bacteria Can Defeat Drugs That Fight Cystic Fibrosis

University of Montana researchers and their partners have discovered a strategy ...

Significant Differences in Medication Adherence Based on Age