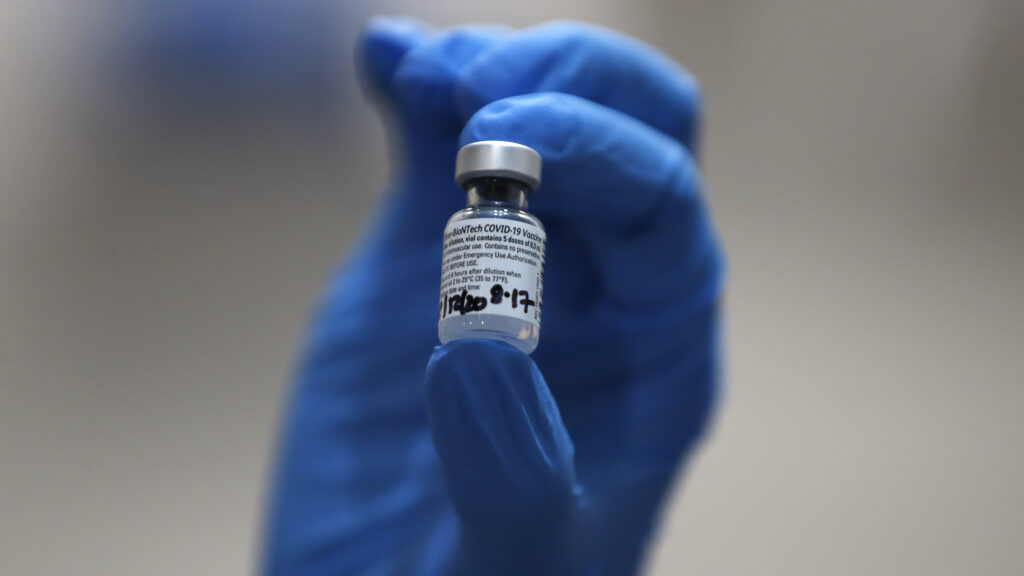 WASHINGTON — Shipments of Pfizer and BioNTech’s newly authorized Covid-19 vaccines should arrive in states on Monday, General Gus Perna, the CEO of Operation Warp Speed, announced Saturday. However, the initial shipment of roughly 3 million doses will only go to roughly 145 sites across the U.S.

“We expect 145 sites across all the states to receive vaccine on Monday, another 425 sites on Tuesday, and the final 66 sites on Wednesday, which will complete the initial delivery of the Pfizer orders,” Perna said.

The distribution plan contradicts promises made by President Trump, who in a video released shortly after the FDA authorization, claimed that shipments of the vaccine had already begun and that the vaccine would be administered “in less than 24 hours.” Perna insisted that the distribution efforts, like packing vaccines, began almost immediately after the FDA authorized the vaccine for use in individuals age 16 or older on Friday. The vaccine will begin shipping from Pfizer’s manufacturing facility to UPS and Fedex within 24 hours, Perna added.

The rollout of the first doses of the vaccine marks a pivotal moment in the response to the Covid-19 pandemic, which has so far infected an estimated 16 million people and killed nearly 300,000 in the United States.

No doses of the vaccine were pre-shipped to states before the FDA granted the emergency authorization, Perna said. The decision not to pre-ship vaccines, which would have sped up the initial vaccination efforts by hours, if not days, was made to avoid any suggestion or appearance of political pressure on the FDA.

“No vaccine was pre-positioned, we did not want to presume EUA,” Perna said. “Under no circumstances did we want to get ahead of the great FDA in that decision-making.”

The first shipment of the Pfizer/BioNTech vaccine will be roughly 2.9 million doses. The Trump administration has previously promised that it will have 20 million doses of the vaccine available by the end of the month. Perna told reporters he is still confident that the government will meet that goal. He added, however, that it is dependent on “the final approval of the vaccine availability by the FDA.”

“I’ll have to tell you where we’re at at the end of the month,” Perna said.

The first doses are expected to be given to health care workers on the front lines of the pandemic response, who are at high risk of infection.

Perna underscored Saturday that the rollout of the vaccine will likely have hitches. “Those who plan for perfection in their plans will not be successful,” Perna said.

When asked how concerned he was about the possibility of some spoilage in the Pfizer vaccine, which must be stored at ultra cold temperatures, Perna said he is confident in the plan, but he believes there will be some possibility of spoilage.

“Do I think something is going to occur? I do,” Perna said. “Hence the reason why I maintained some reserve stock,” he added. The government has set aside 500,000 doses of the vaccine, which will not be shipped to states. The doses are meant to prepare for emergencies, like vaccine spoilage.

Perna did not address another known barrier to an effective vaccine distribution effort: whether states will have the resources, including the personnel and budget, needed to adequately administer the vaccine. State officials and President-elect Joe Biden have warned in recent days that resources could present a problem.

Operation Warp Speed has previously said that states will not incur abnormally large expenses in administering the vaccine. Perna, however, did not address the issue of state funding during Saturday’s press conference.

But federal officials made clear in a separate press conference Saturday that there are still other unknown questions that will need to be answered as Covid-19 vaccinations begin.

The FDA, which hosted the briefing, balked at questions regarding whether someone who is pregnant should receive the vaccine. FDA’s top vaccine regulator, Peter Marks, emphasized that there was not enough data on pregnancy in the Pfizer/BioNTech trial to make a determination on that issue.

“It will be something that providers will need to consider on an individual basis for patients,” Marks said. “Certainly Covid-19 in a pregnant woman is not a good thing. So someone might decide that they would like to be vaccinated, but again, that’s not something that we’re recommending at this time. That’s something we’re leaving up to the individual.”

FDA officials also underscored that while the vaccine reduces the risk of developing symptomatic infection, it’s not yet clear whether it also reduces transmission of the virus that causes the disease, SARS-CoV-2.

Marks suggested one of the benefits of vaccinating teens would be tamping down on their ability to spread the virus. He later clarified, however, that the FDA won’t have data on how the vaccine impacts viral shedding and transmission for “a few months” when further clinical and observational studies are completed.

Marks also said the FDA is comfortable warning only those with a history of allergic reactions to the Pfizer vaccine’s ingredients. But he added that the FDA will continue to monitor for further allergic reactions and “may have to modify things as we move forward.”

Marks also emphasized that the FDA does not have enough data to recommend giving Americans just one dose of the vaccine to maximize the number of those vaccinated. The Pfizer/BioNTech vaccine regimen requires two doses administered three weeks apart.

“We only know how people were protected with two doses of vaccine,” Marks said. “We spent so much time carefully reviewing the data and basing our decisions on science, right? That it seems pretty foolhardy to just conjecture that one dose might be okay without knowing.”

This story has been updated with additional information from the FDA.

Large urban hospitals across the U.S. are rushing to buy expensive ultra-cold ...

People from all walks of life participate in this truly global event. The ...