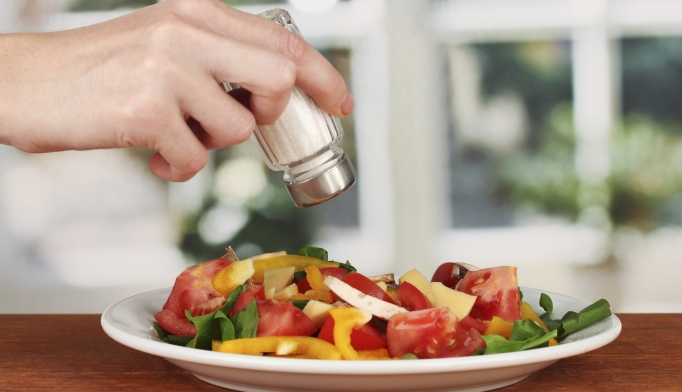 Patients with chronic kidney disease (CKD) who are under the care of a nephrologist show a moderate salt intake that is lower in older vs younger patients, according to a new study.

In this context, investigators concluded, older patients are not exposed to higher mortality across different levels of salt intake, while salt intake less than 6 g per day poses a greater risk for end-stage kidney disease (ESKD).

The findings are from a pooled analysis of 4 prospective studies that included 1785 patients with CKD receiving regular nephrology care. Carlo Garofalo, MD, of the University of Campania “Luigi Vanvitelli” in Naples, Italy, and colleagues compared the risks of all-cause mortality and ESKD between patients aged 65 year or younger and those older than 65 years stratified by salt intake level (less than 6, 6-8, and more than 8 g/d) estimated from 2 measurements of 24-hour urinary sodium.

During a median follow-up of 4.0 years, 383 ESKD cases and 260 deaths from any cause occurred. In the overall cohort, the risks for ESKD and all-cause mortality did not differ by salt intake level, but in the older patients, salt intakes of 6-8 and more than 8 g/d were associated with a 42.3% and 43.6% decreased risk for ESKD, respectively, compared with an intake less than 6 g/d, according to the investigators.

The optimal level of salt intake is not well defined in non-dialysis CKD patients under regular nephrology care, the authors explained. “This unanswered question becomes critical in older patients who are exposed to higher risk of worsening of cardiorenal disease due to volemic changes.”

The estimated glomerular filtration rate (eGFR) was 37 mL/min/1.73 m2 for the cohort overall, but it was significantly higher in the younger compared with the older patients (41 vs 34 mL/min/1.73 m2), Dr Garofalo’s team reported in Nephrology Dialysis Transplantation. The median 24-hour urinary sodium excretion was 143 mEq for the cohort as a whole, but significantly higher in the younger than older patients (147 vs 140 mEq).